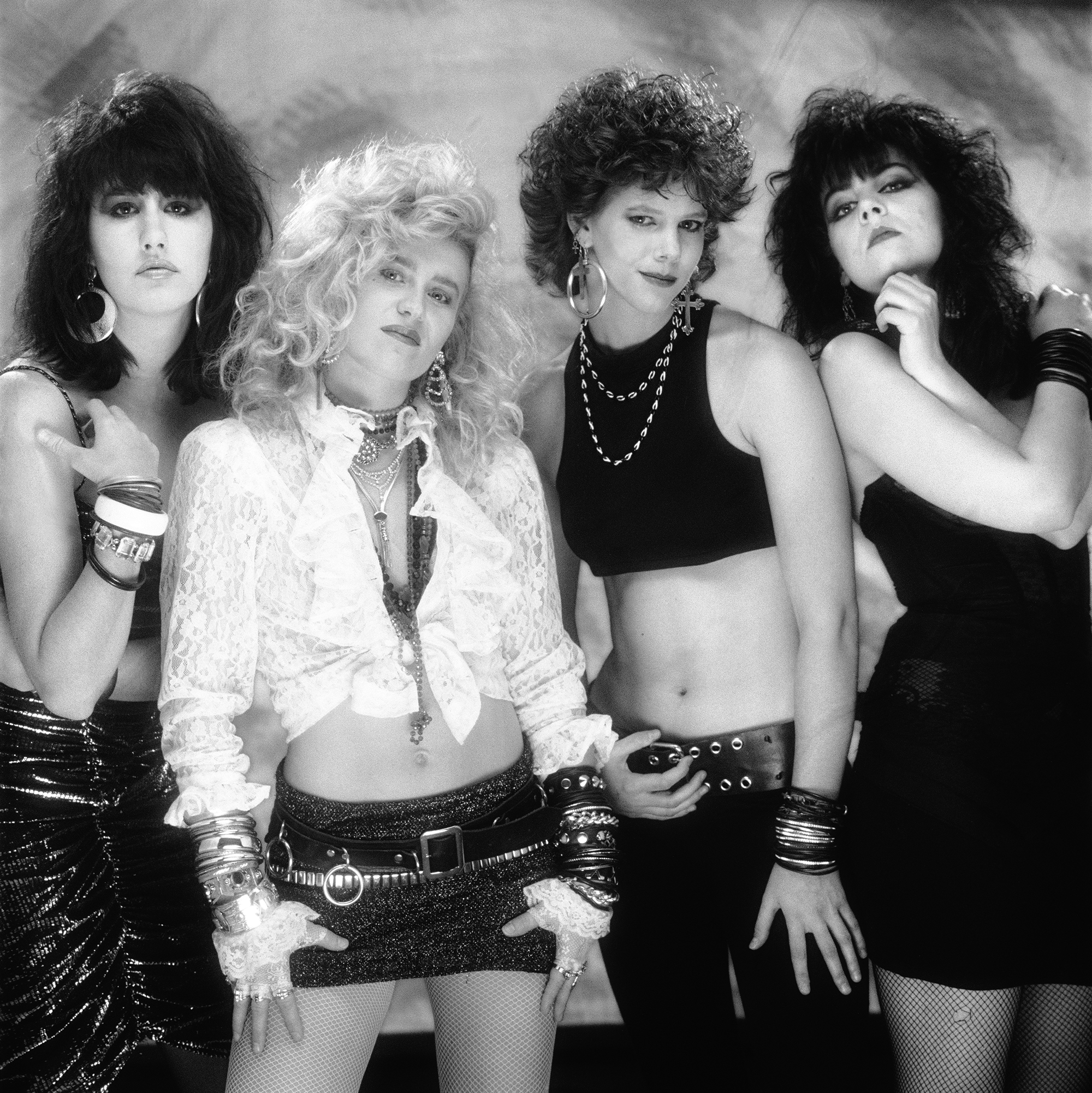 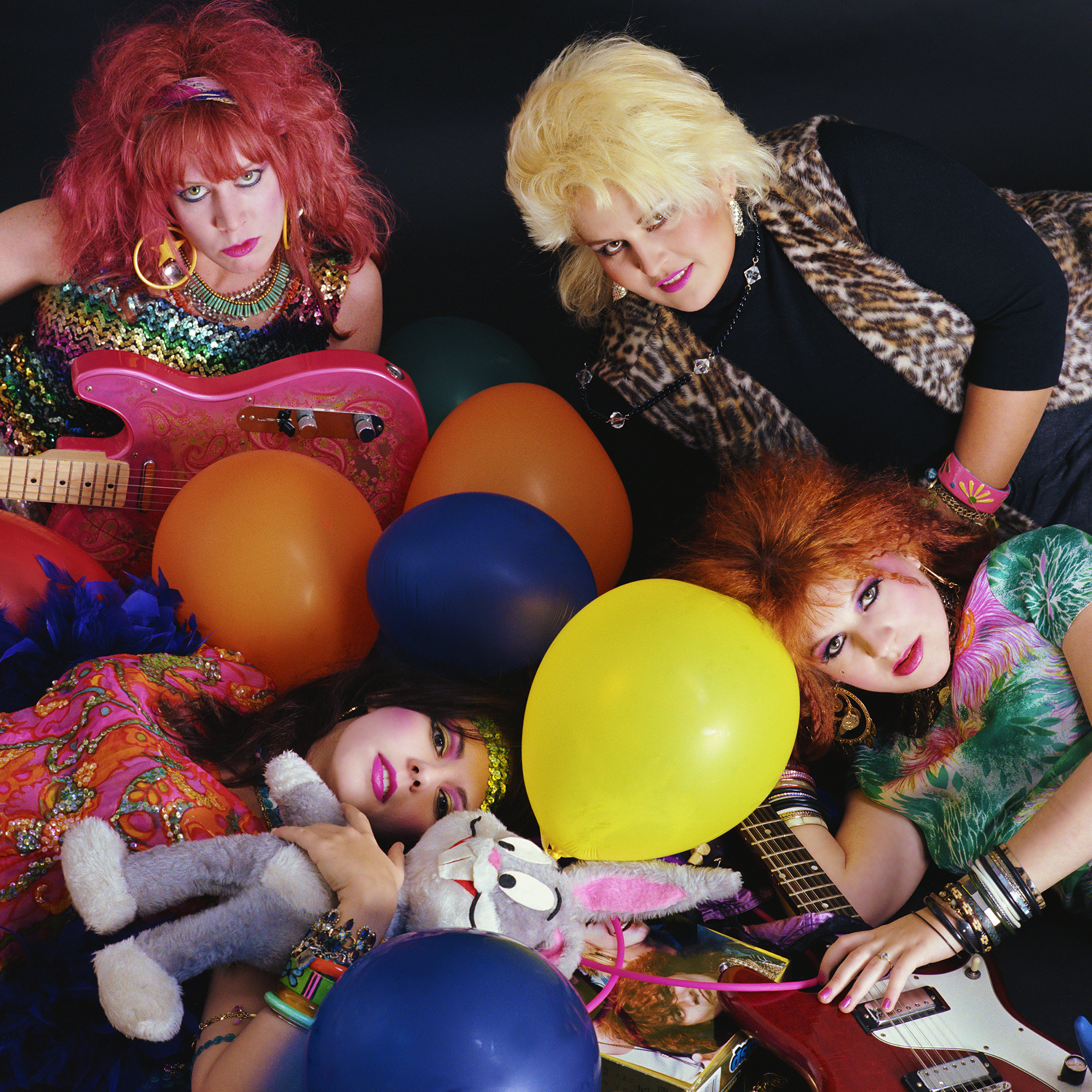 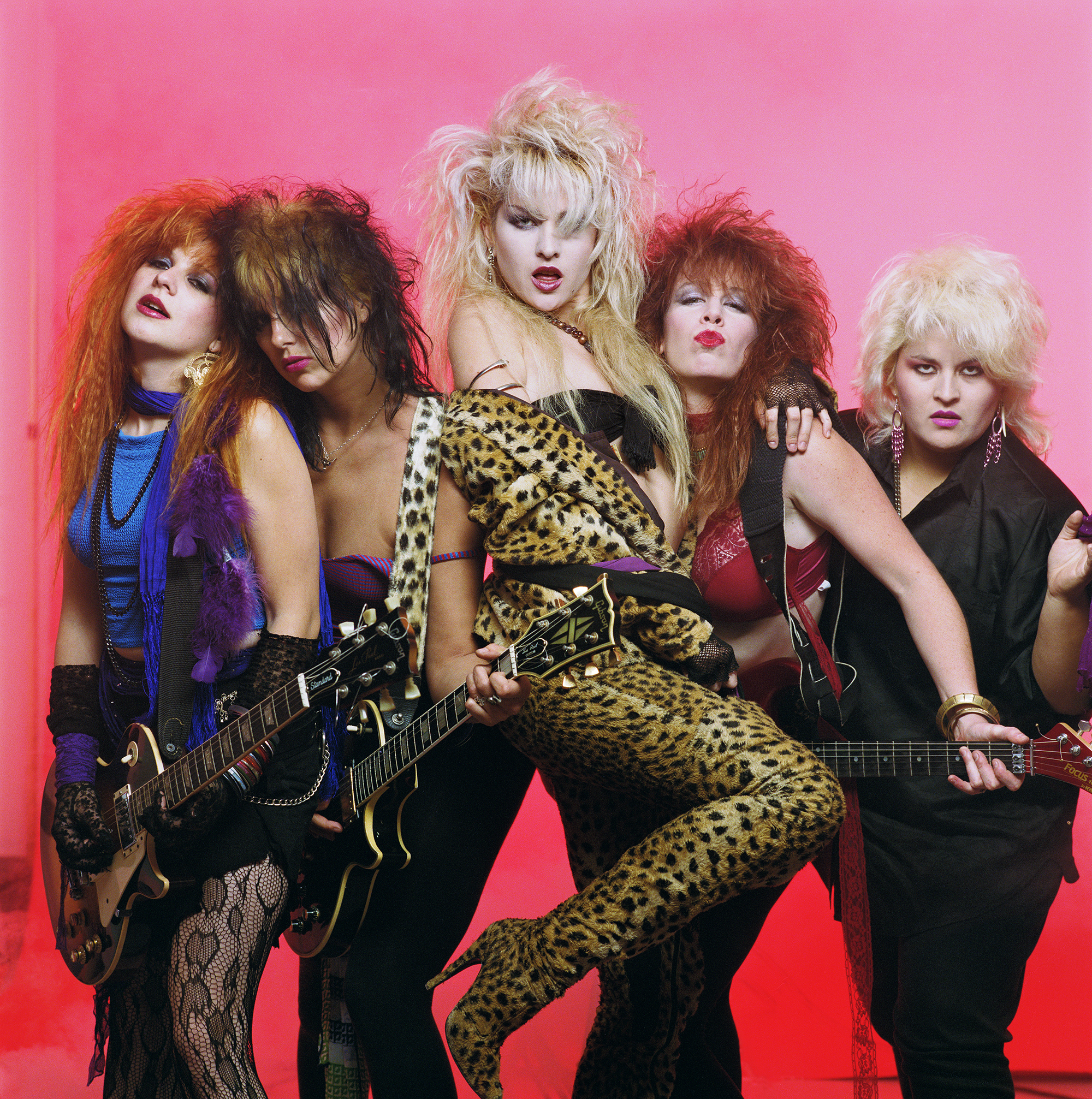 “But John, I’m not dressed for this”

John revved his engine.  He was not taking no for an answer.

I was making excuses and stalling.

“I had spent over an hour getting ready, crimping and teasing my long red hair, spraying it stiff in a cloud of Aquanet.  I had perfectly lined my charcoaled eyes, and my false eyelashes were glued in place.  To top it off I was wearing a bright green mini dress and tie dyed stockings.   I was afraid of ruining my look, but most of all I had never ridden on a motorcycle before and I was not sure that I wanted to.

John looked at me with a cross between a smile and a smirk, as if he was amused that this wild chick in a rock band was afraid to go for a little motorcycle ride.  “Come on, you’ll like it” he said, his eyes daring me to get on the bike.

The lure of a cute bad boy in a leather jacket was too much to resist.  I teetered over on my six-inch stillettos and climbed on.  I wish I could tell you that my first ride was an exhilarating experience but I whined and complained the whole time as I hung on tightly, burying my face in John’s back.  I was sure that I would fall off as we took the corners and sped up and down the hills of Highland Park.  Anyone who saw our wild ride would have thought John was a member of one of the bands he photographed, his long brown hair flying in the wind.

I first met John when he was hired to shoot the album cover for the band I was in.  The Pandoras had notoriously split into two with Paula Pierce and her new band, versus Gwynne Kelly, Casey Gomez, Lisa Black and me. We fought publicly over the name, bad mouthed each other to the press and Gwynne had even challenged Paula to wrestle in a vat of green Jello over the rights to the name.  Both versions of the Pandoras were playing gigs around town, and we were both racing to be the first one out with a record.  Our band had just released “Worm Boy” on the Enigma Variations compilation and had just finished recording songs for our E.P. We planned on having an incense scented album cover and wanted John to capture our colorful, chaotic “Beyond the Valley of the Dolls” spirit.

Everything in John’s studio was painted black, from the floors to the ceiling. It provided the perfect contrast to our colorful band.  We used balloons, feathers, glitter sequins, stuffed animals and threw everything on the floor.  Lisa was holding her pink paisley telecaster and I was holding a 12 string Rickenbacker.  We even threw another Scarpati album cover in the photo, the CH3 cover for “Last Time I Drank”.  John later told me that was the only band he ever had to shoot through plexiglass, just to protect his camera from all the beer they were spraying.

Most of our band was tired of the cat fighting between the two Pandoras.  Our album was ready to come out and our record company wanted us to change the name of the band.   Many disagreements later, we somehow morphed into a glam rock band called Feline with Debbie Diamond on vocals and sadly, our original album was never released.

As Feline, we wasted no time writing new songs, and recording them.  We completely embraced the Sunset Strip big hair glam metal scene.    We dressed like Poison, (or maybe they dressed like us), so much so that one time my mother came into my room and thought Rikki Rockett was me.

Our next shoot with Scarpati had a much sexier bad girl feel to it.  John had recently shot Poison, who were also on our label.  I remembered tips Bret Michaels had given me on posing for the camera, “if you blow through your lips they’ll look pouty”.

I don’t think we were an easy band to photograph, because we had a habit of moving around a lot.  I felt like John was wrangling us as he took our pictures, trying to herd us into one frame.  We were either reaching for a drink, messing with our hair, or flashing him.

One of the photos from that session ended up in a Men’s magazine called Chic. The caption read “Feline: vertical smiles from these Cheshire cats.”

Meow Mixer: Next time you’re tomcatting around and hankerin for pussy, check out Feline, the hottest all-girl group to hit Hollywood since the Runaways.  These sex kittens bump and grind their rock n roll raw and hard-and don’t mind baring it all for their audience.  “Mary Mary, the bass player used to be a topless dancer”, claims photographer John Scarpati and lead vocalist Debbie Diamond sings onstage in nothing but her underwear”.  Here, kitty kitty….     Chic Magazine, 1985

John moved to a huge loft in downtown L.A. in a building that was once a brewery.  He had a giant nude photo of his girlfriend on the wall and I remember commenting on how brave she was to be so naked in such a larger than life photo and he said “She’s wearing a blue wig so no one will know it’s her”.   He also had a large Nile monitor, which was at least four feet long, that roamed freely in his loft.  A pet store gave it to him for free, because it was far too mean to sell, so John thought it would make a great pet.   I remember drunkenly cornering that hissing lizard despite being warned not to and getting painfully whipped by its tail.

I loved hanging out and talking to John, he seemed like a kindred crazy spirit.  I would randomly call him up and invite myself over to just hang out and talk.  I went to a party one night and told my friend about this cool guy I knew who lived in a loft downtown.  After the party, sometime after midnight, I just called him up and said, “can we come over?”  John acted like he was used to having people drop in at one o’clock in the morning, happily entertaining us until the sun came up.”