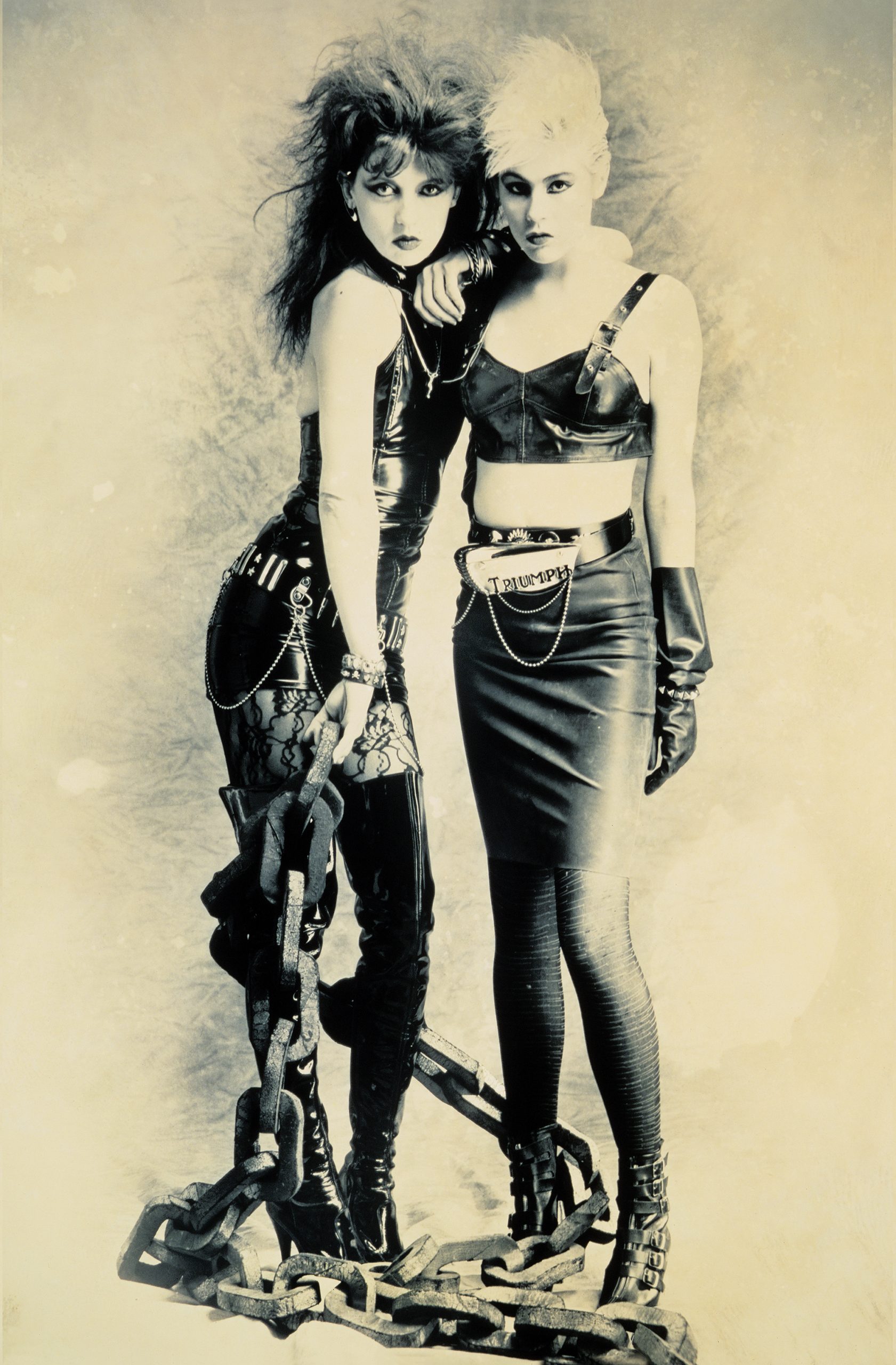 For the picture I wanted to capture the moment, take the LA fashion scene of the moment, but raise the bar of how it was captured: a mix of Man Ray and Bob Carlos Clarke, who was a pioneering British fetishistic/erotic photographer. Carlos Clarke I’d discovered — along with Cheyco Leidmann–  in Paris, and carried their art books all over Europe in a backpack.

The chains the girls are holding are so easily carried cause they’re machined from foam, and we played this pretty aggressive rock song called “Battle Ship Chains” to drive the mood. I wanted everything about the image to be equal parts sex and music, punk and art – and to have that dangerous energy that was in all those things.

And in a very old school move, this piece of film is stained with coffee, then bleached with actual bleach. It’s desaturated, worn, given the feel of the way life felt in that moment on Sunset Boulevard.

Of special note: the staining was accomplished with a single cup of very strong black coffee. Sure you could get close with Photoshop, but no software will ever be able to stand up to a nice hot Ethiopian Yirgacheffe.