When you think of the Rolling Stones and their Voodoo Lounge, it conjures so many things. What would the door person standing at the velvet rope look like? How surreal and daunting would they be? Would it be a man… or a woman… or a creature? And given who the Stones are, this is a very reasonable question, really. 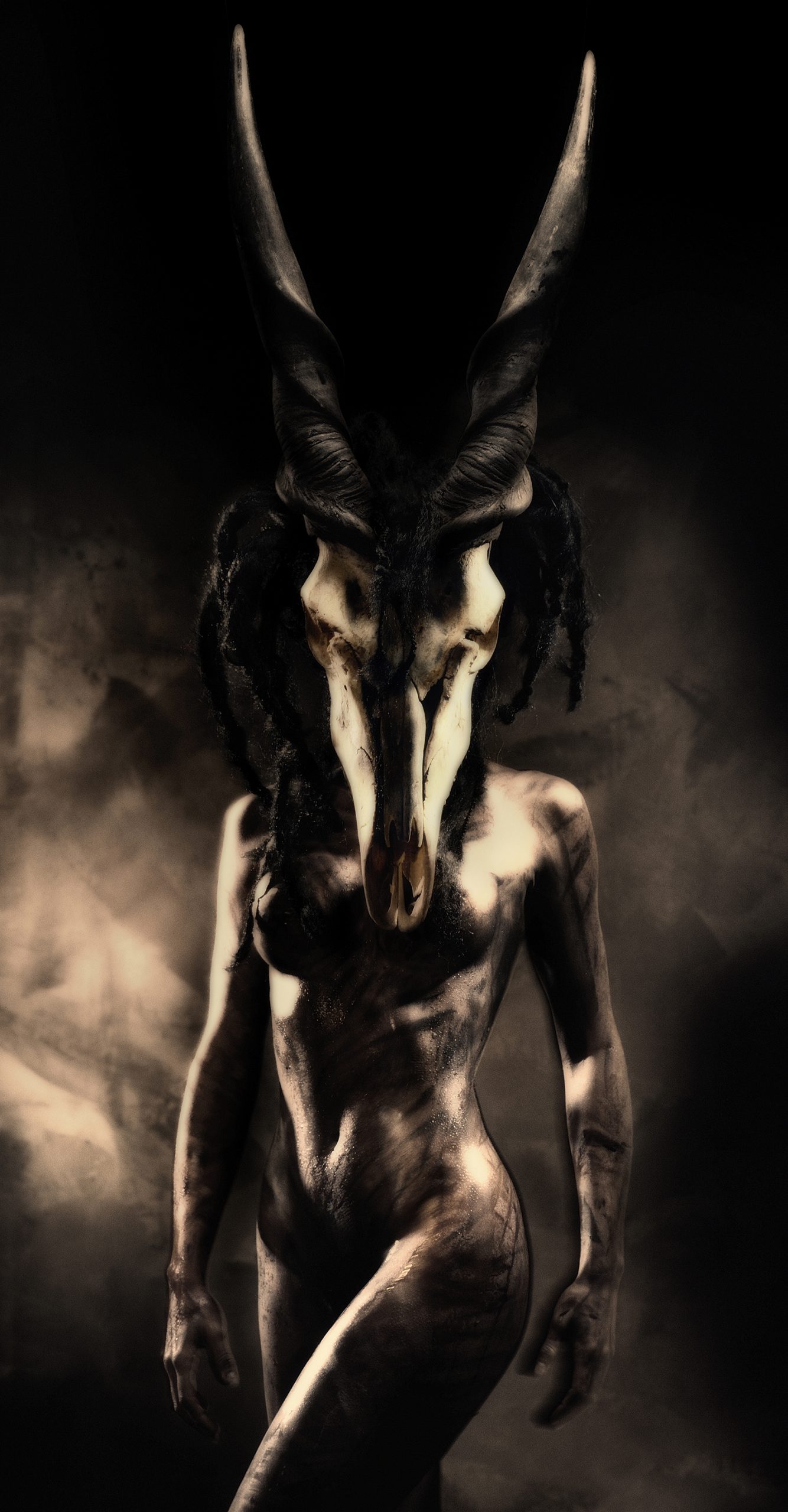 I knew it would be moody, dark, mysterious. I also knew it would be strong, and something hybrid. One of my favorite aliens of all time was in a movie called ‘Predators,’ a magnificent creature with dreadlocks… who was more lethal and smarter than anyone else in the film. These are the things the Stones’ gatekeeper would have to embody.

Finding the right skull was critical. I didn’t think I’d find it in Nashville, but oddly enough one of the museums had in their archives some African animals that’d been donated – and they’d not known what to do with them. Unfortunately, that also meant they weren’t completely prepped, so there was still a lot of meat on them… and it meant boiling and boiling to get all of it to release from the bone. I had no idea how old they actually were, but they stunk and we couldn’t stop so the boiling and the stinking just went on for days.

We painted the girl’s body to give it a tribal mud feeling, but also I wanted her to have that strong, athletic gracefulness. It was about evoking rather than shoving it out there: this is a formidable force of nature, so we made sure the light fell across her body in a way that illuminated bits and pieces, highlighting her strength, but also letting large parts fall into shadows to make it mysterious and ominous, to really hit the implied brutality of what you weren’t seeing…

In a weird way, though, that’s what makes it. If you’re taking the  water drops this seriously, then you’re doing your job: because those kinds of details make the picture. The little things you don’t notice create the biggest truths that you don’t even realize, but feel.