Sometimes friends needed head shots, or maybe I just needed a stand-in to get the light right before a shoot. Either way, it generally didn’t take long, was usually painless, and sometimes ended with magic being made.

These are some of those “Stand here & don’t move,” moments. 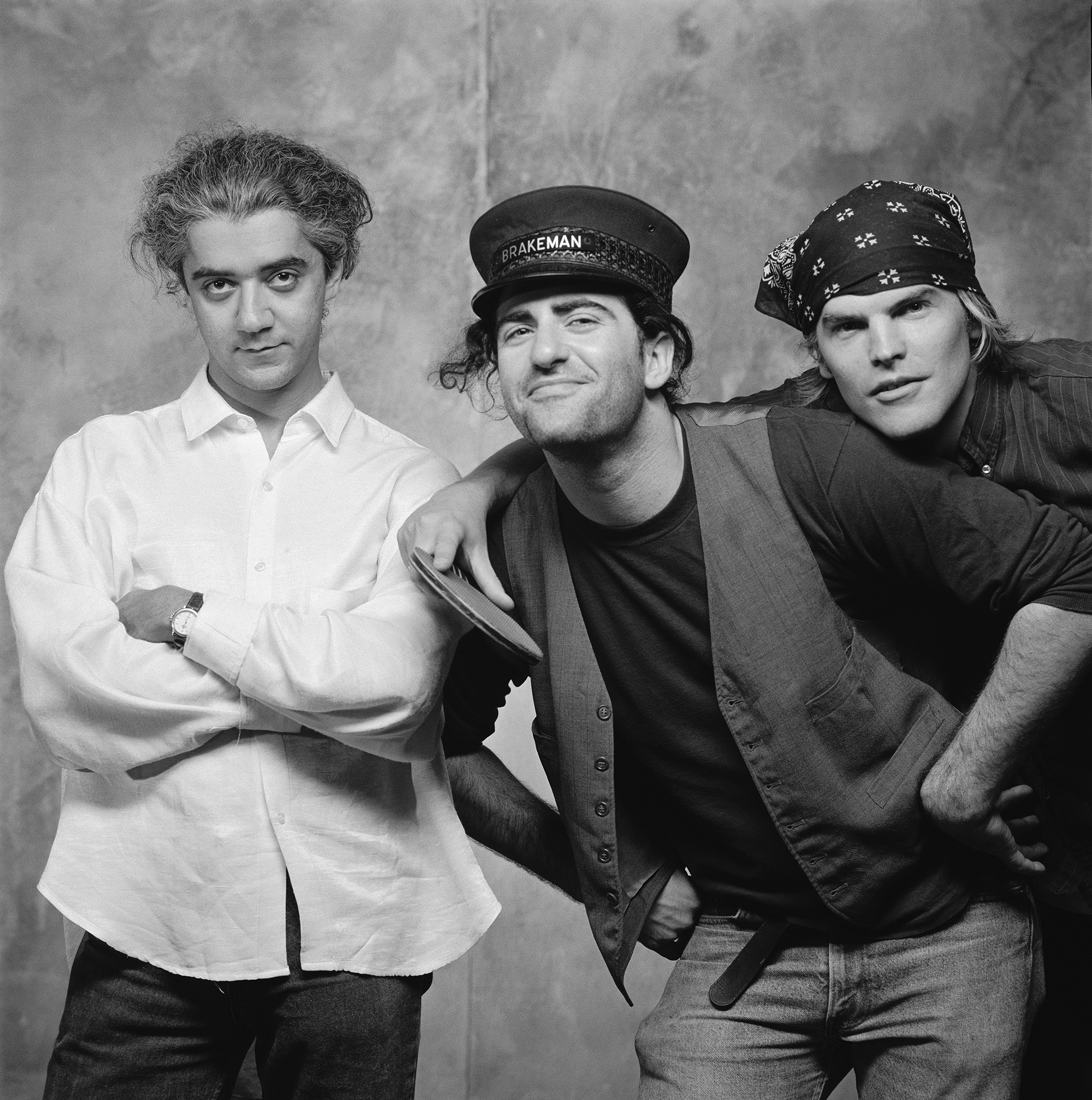 My friends and I were young and having fun. We stumbled into what I called “the nightclub racket”, and there we were: three of the coolest scene-makers in L.A.

To my right was Salomon Emquies, a photographer and artist who was one of the very first L.A. night club promoters. Salomon owned the undisputedly coolest club night of the early 80’s called “The Rhythm Lounge”. It’s ironic that the “French” in L.A. busted out hip hop culture, but it’s true. My Moroccan-born friend was a cultural visionary. The club featured Ice-T as the house rapper and graffiti paintings from the likes of Ramel Z & Jean-Michel Basquiat. At the time, I was in Art School at UCLA and my friend Barry Blumberg (aka Double B) and I were happy to sub-in as resident artists with our own take on graffiti painting. During a raging night, “The Double” and I used to stand next to our paintings in the hope we could impress girls.  So take a look at, among other things, three of the first L.A. figures in rap music. Ha ha!

To my left was the Rhythm Lounge resident DJ Matt Dike. For all who knew him, Matt is a legend. I’m very proud to say at the time of this picture he was my best friend and business partner. Although I’ve been married twice, I don’t recall ever spending so much time with another person? Over the period of a year (mid 85 to 86) we were inseparable.  We opened our own club: Power Tools. I’ve heard it referred to as “the grandaddy of all LA clubs”. All I can tell you is that we “lived” Power Tools, and we rocked Saturday nights! Dike was without doubt the world’s 1st superstar DJ. His power over a dance floor was remarkable. He was also the founder of Delicious Vinyl Records and produced classic hip hop like the Beastie Boys “Paul’s Boutique” and west coast rap hits “Wild Thing” and “Bust a Move”. It’s crazy to say Dike did so much for 80’s pop culture, then by the age of 30 disappeared from the scene. This guy literally became a hermit.

And me in those days? I was L.A.’s New York City kid. I would go back home, hang out in the NYC debaucherous nightclub scene, and basically import the culture. I started L.A.’s 1st nightclub doorman, actually made up the job! Before our club, you waited in line and paid your admission. So I guess I’m the one to blame for the velvet rope. Well, yes, and maybe some other 80’s habits…like dreadlocks and the drug “Ecstasy”. Everything seemed so harmless back then, oops! Who would have known!

I spoke to Salomon the other day. We could not remember this shot being taken. To be honest it wasn’t cool to have your picture taken in the 80’s. Us three “real deal 80’s poseurs” were too cool to pose for photos. The existence of this shot shows giant respect for Scarpati. We always  dug his photos and hanging at his studio parties, so thanks for the memory John! 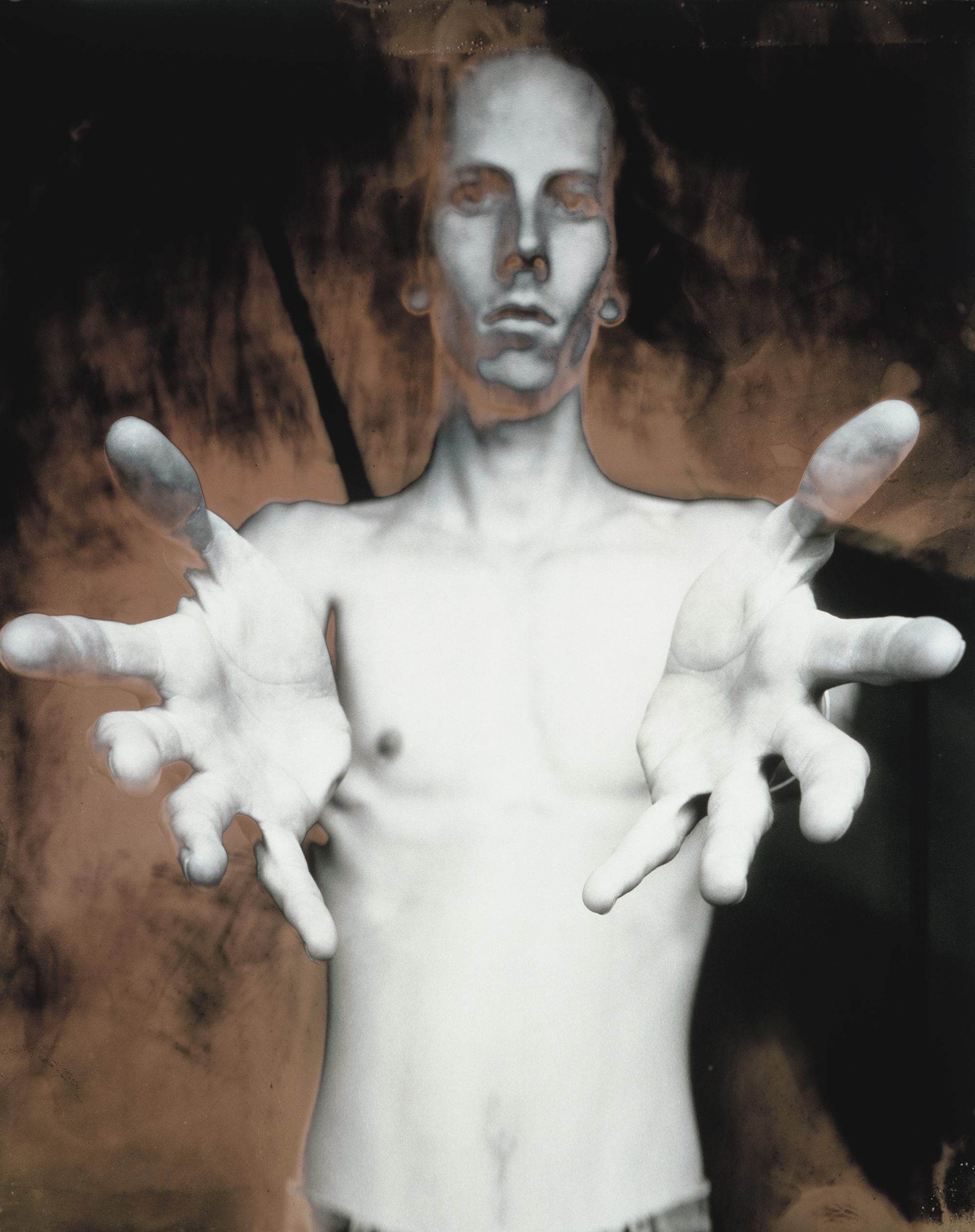 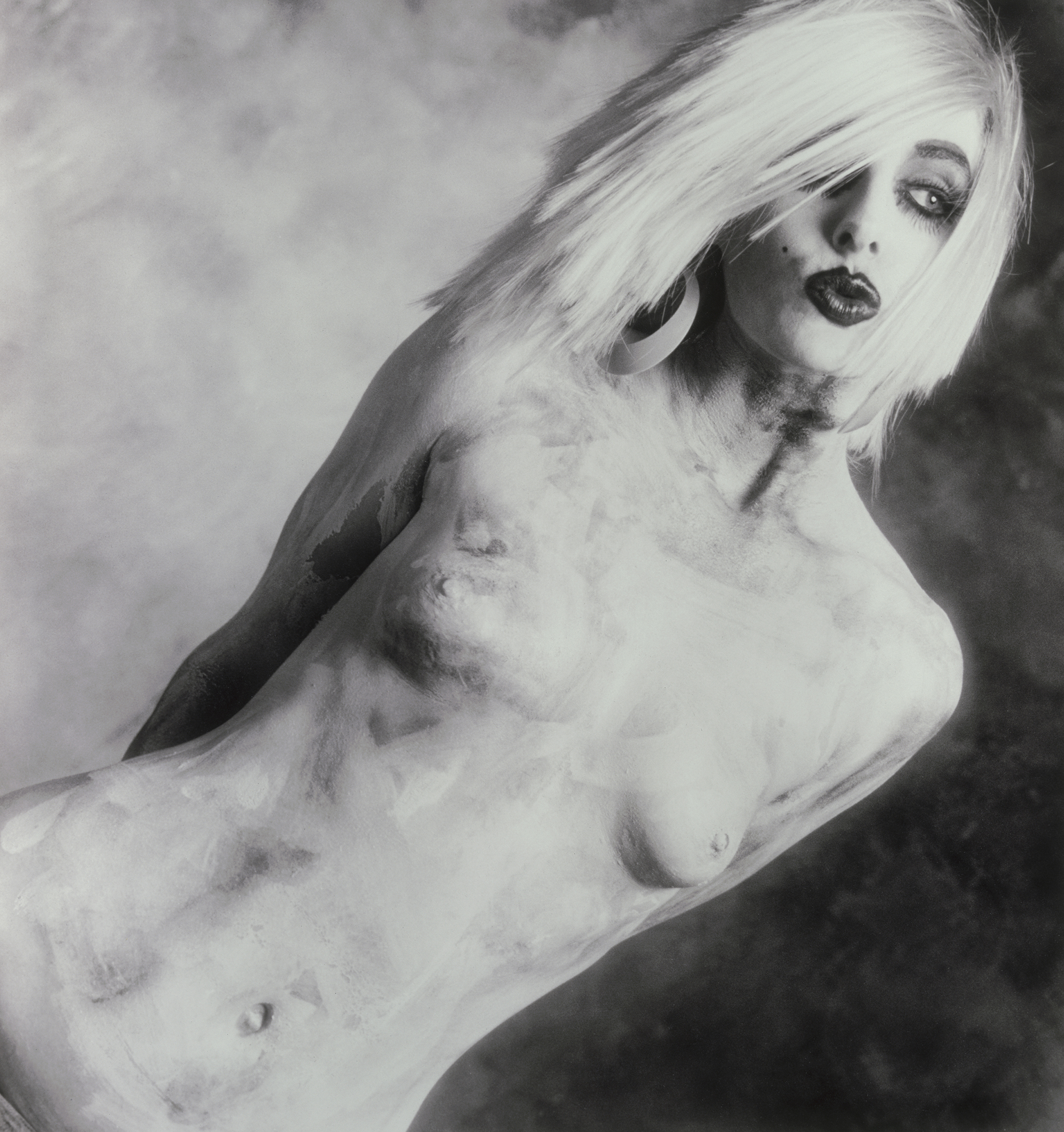 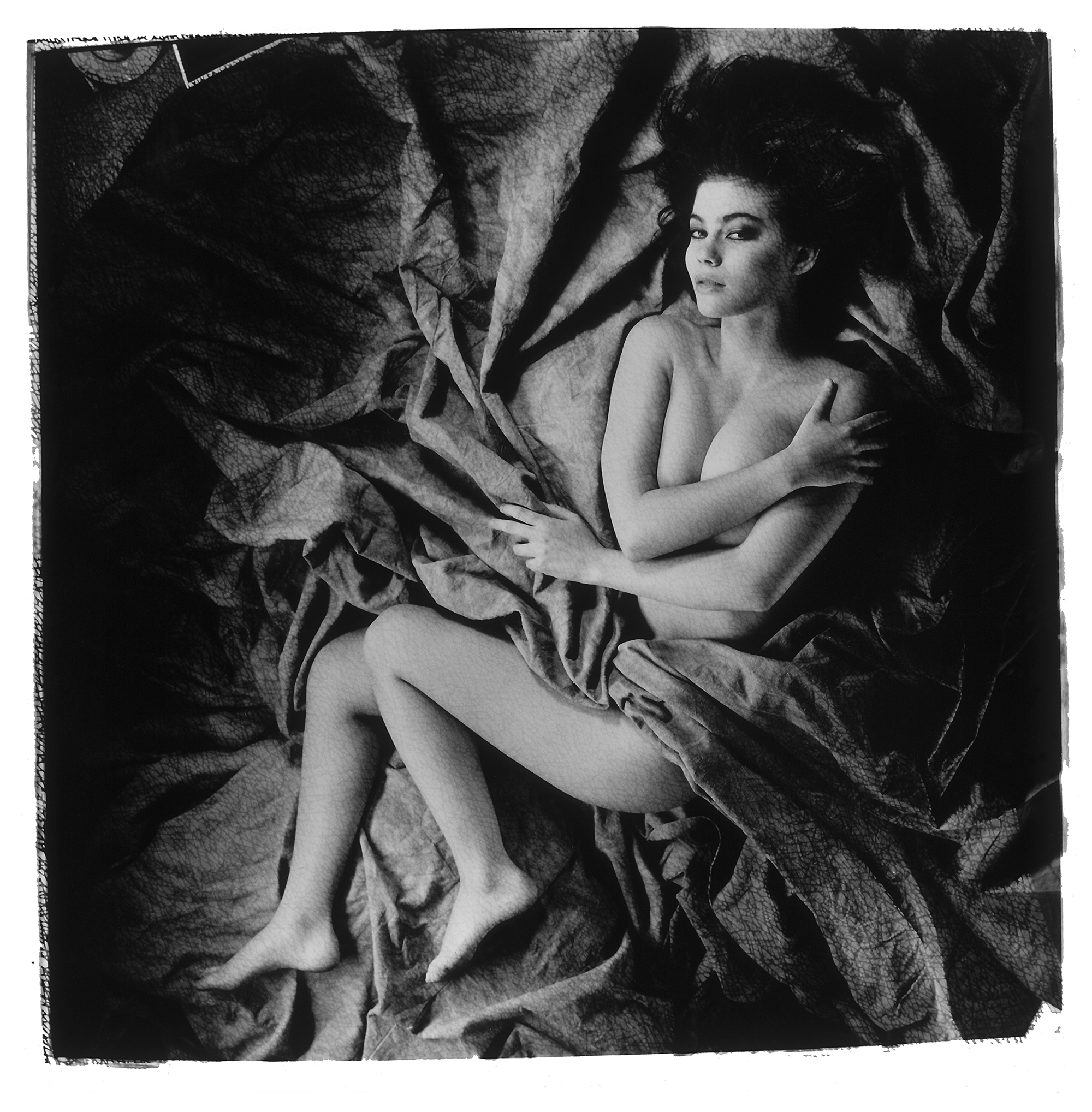 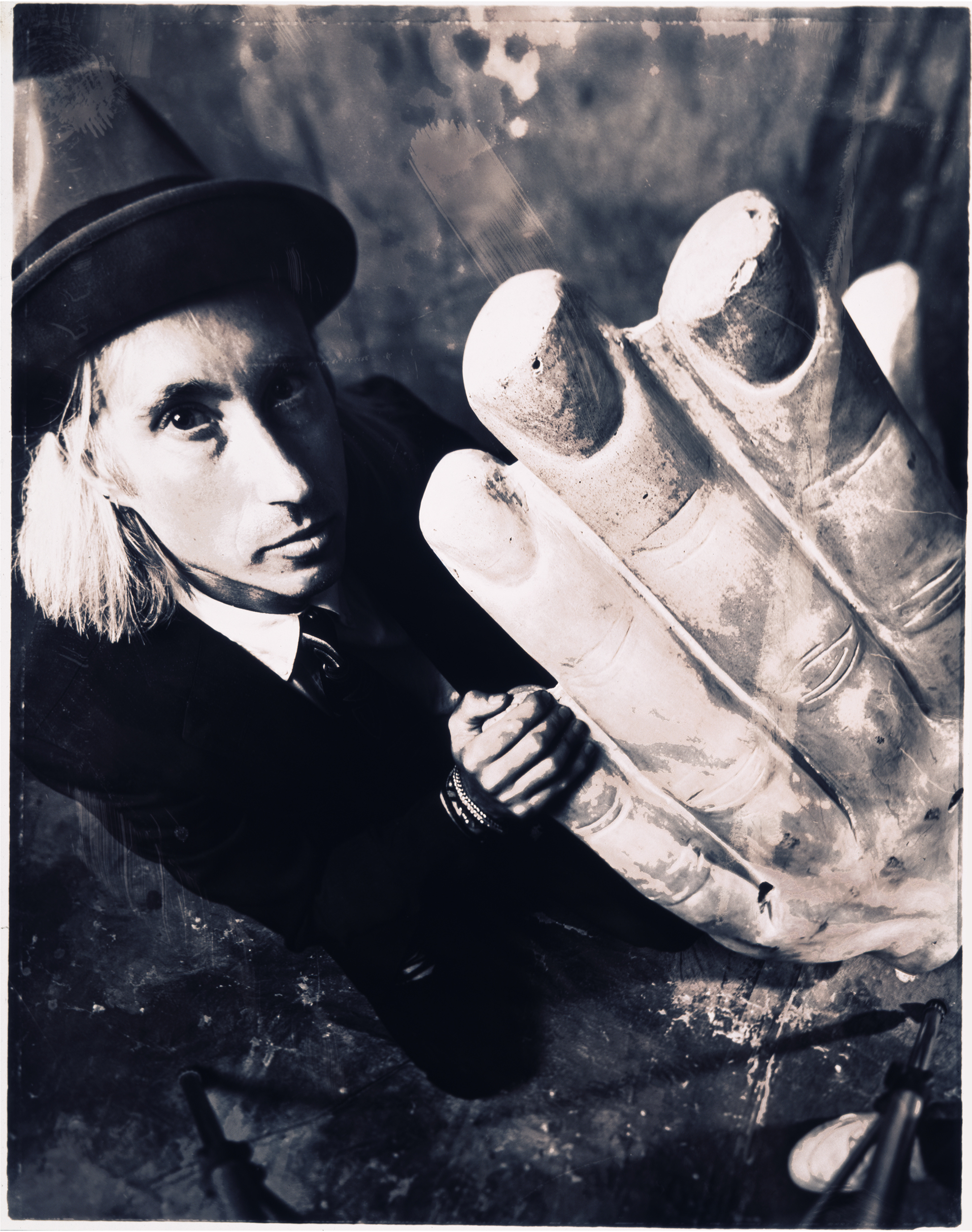 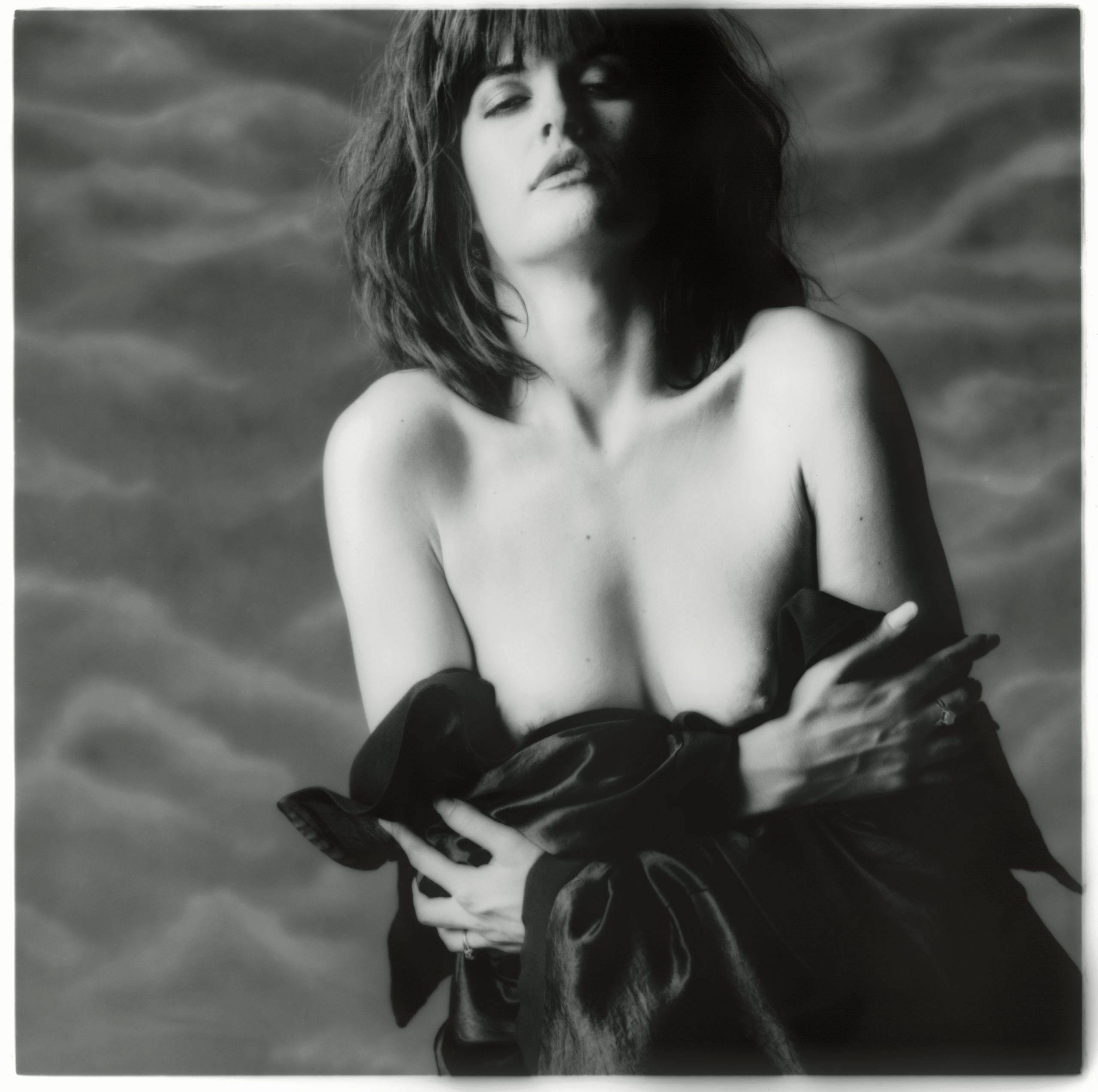 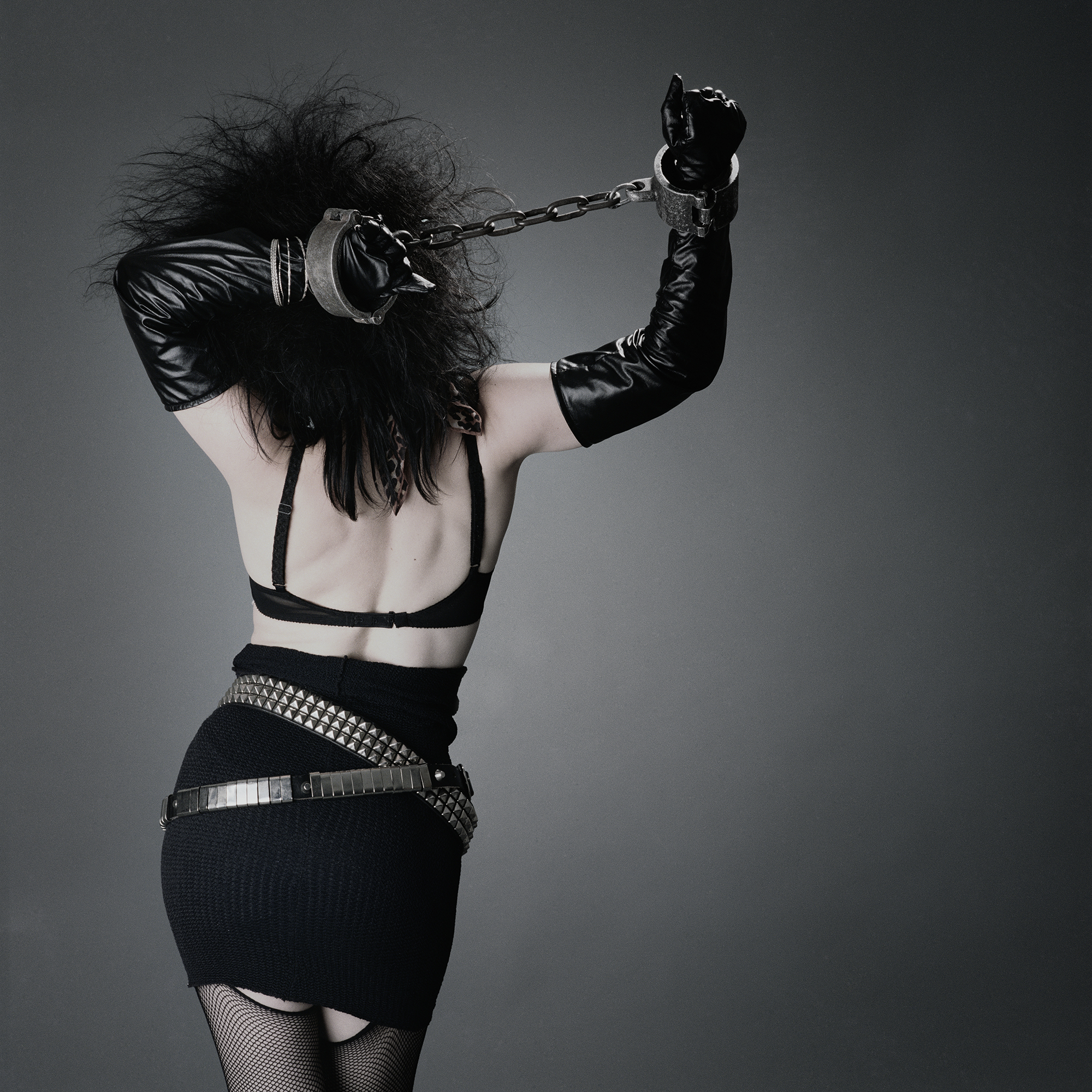 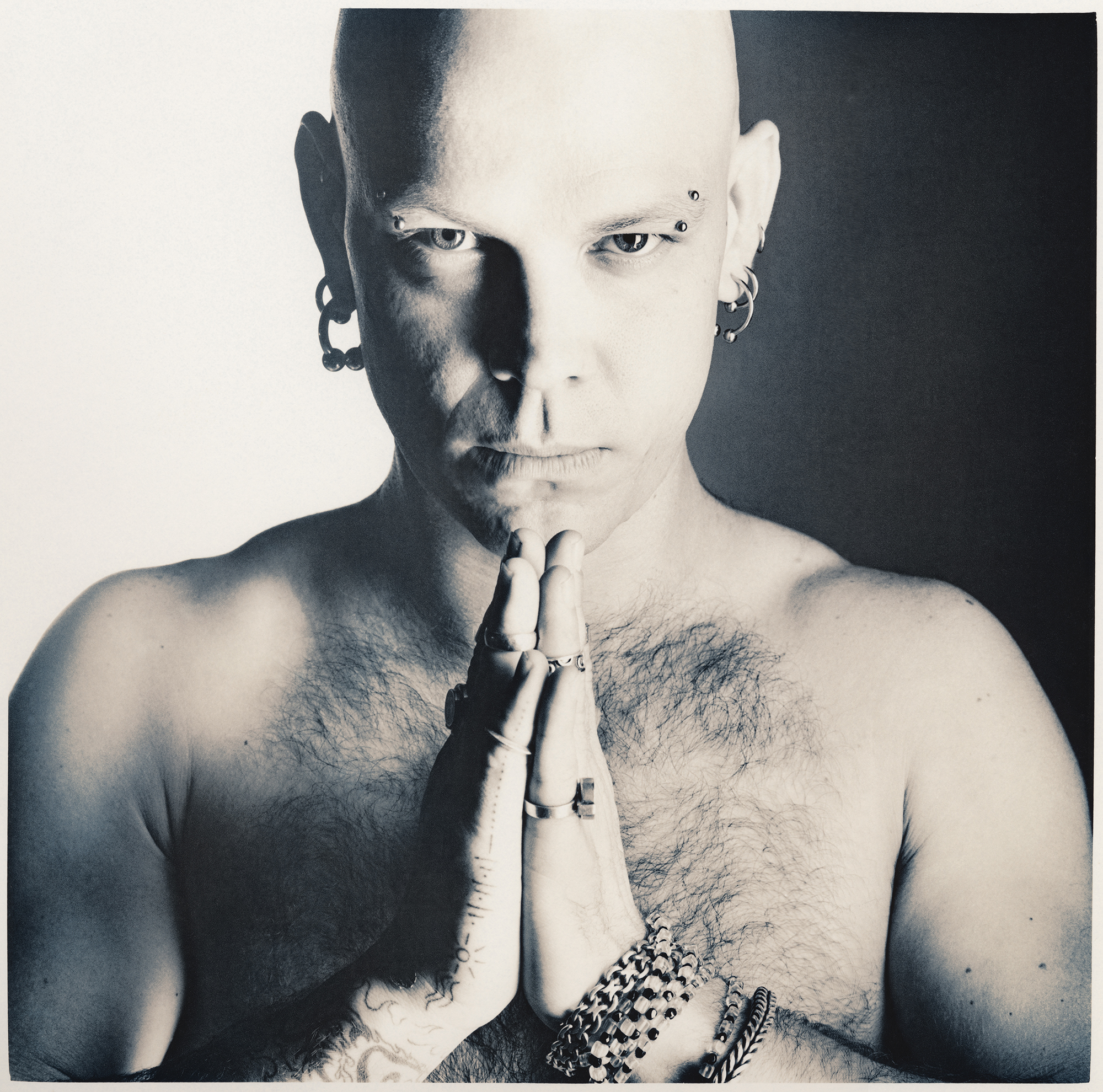 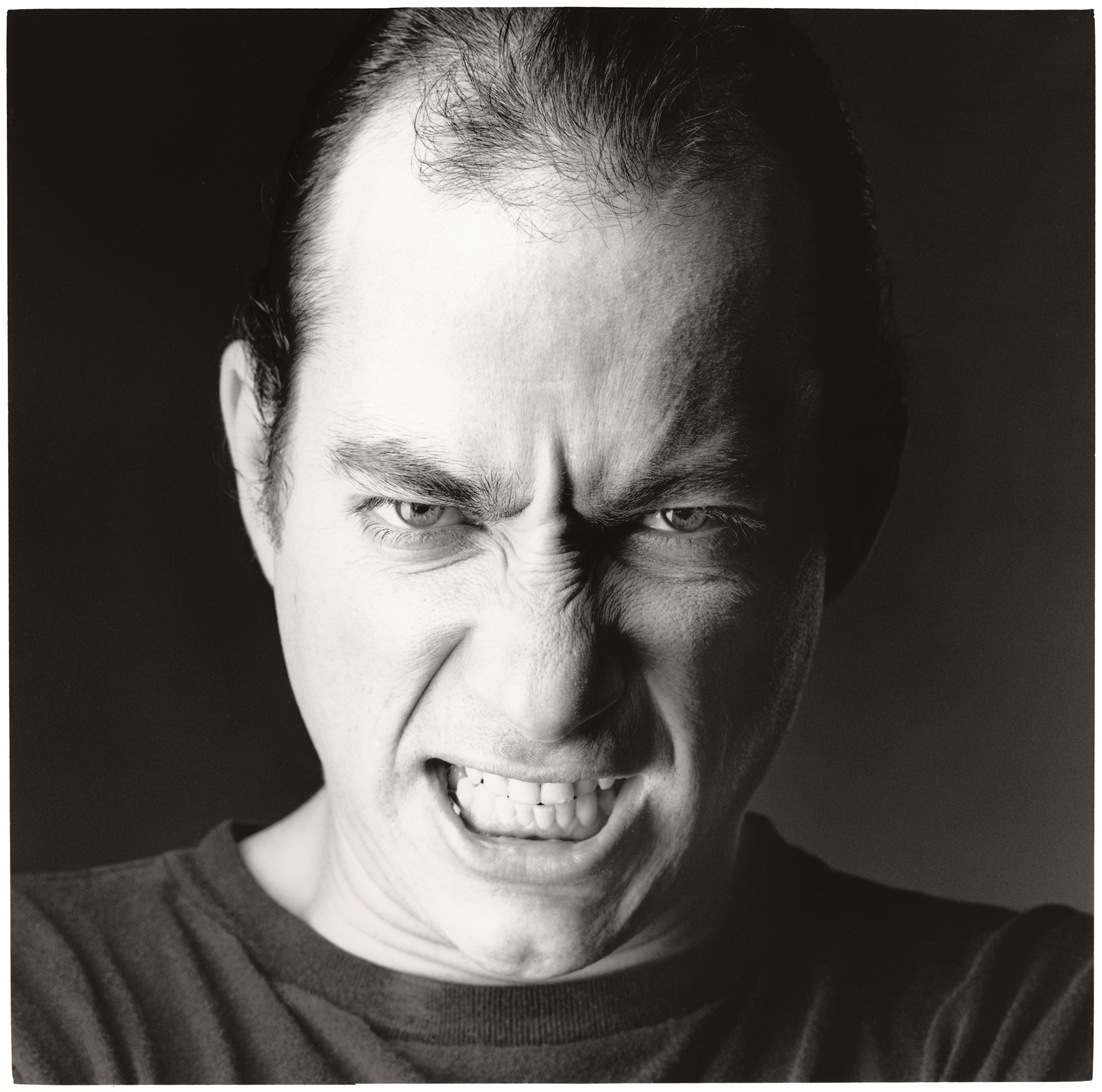 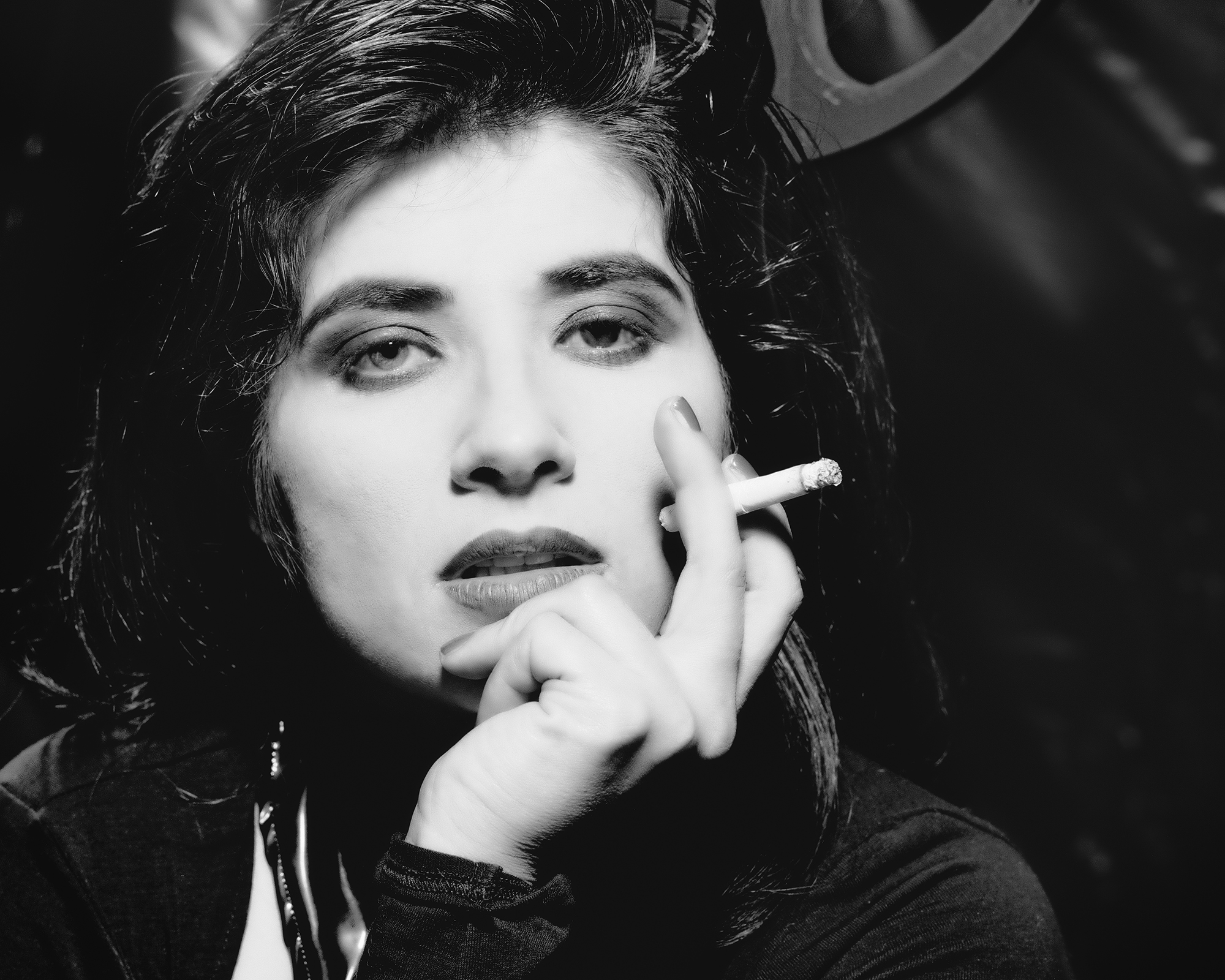 It was 1988 and I was coming out of the closet as a so called “director”. I had just finished directing the Jane’s Addiction video “ Mountain Song” and Exposure Magazine wanted to write a piece on my work but I had to submit a killer picture to go with the text. Merrill Ward, my ex-boyfriend and best friend for life, was Scarpati’s photo assistant and all around point man. So it was natural I went to Scarpati with my crazy idea I knew right then and there that Scarpati was a genius who made a scraggly director like me look like a glamorous movie star!