Tex and the Horseheads…

We’re talking about a project with nearly ZERO budget. But they were such a cool band and I thought they’d be a blast to shoot, so I finagled what I could out of the record company and sunk just about every dime I could squeak out of them into props. The pink convertible Cadillac was owned by one of the band members, and I found a back alley location where we could shoot for free.
The night of the shoot, I piled all of my gear into my van, and the band and all of the props (including several 8 foot plastic cacti) piled into the pink caddy. We made our way over to our location and got everything set up. Now all we needed was a power supply…I’d set the entire thing up with an attitude of “eh, we’ll find electric somewhere”. And we did…we were set up pretty near one of those transformer boxes that you see the guys from your local utility company fiddling with. I’d spent some time working with lights and electricians and thought “how hard can it be”? So I popped the box open, tapped into the power supply…then heard a loud “boom”, saw some flying sparks, and ended up on my ass several feet away from where I’d been standing. At that point, I noticed that about half the block was now without power. Ooops.
Thankfully, I’d secured a secondary location just a little farther down the road. We packed everything up, headed over to location #2 and that was where we got the shot. And yes, I did learn my lesson. We still needed power and I still tapped into an electrical box…but I was a lot more careful. 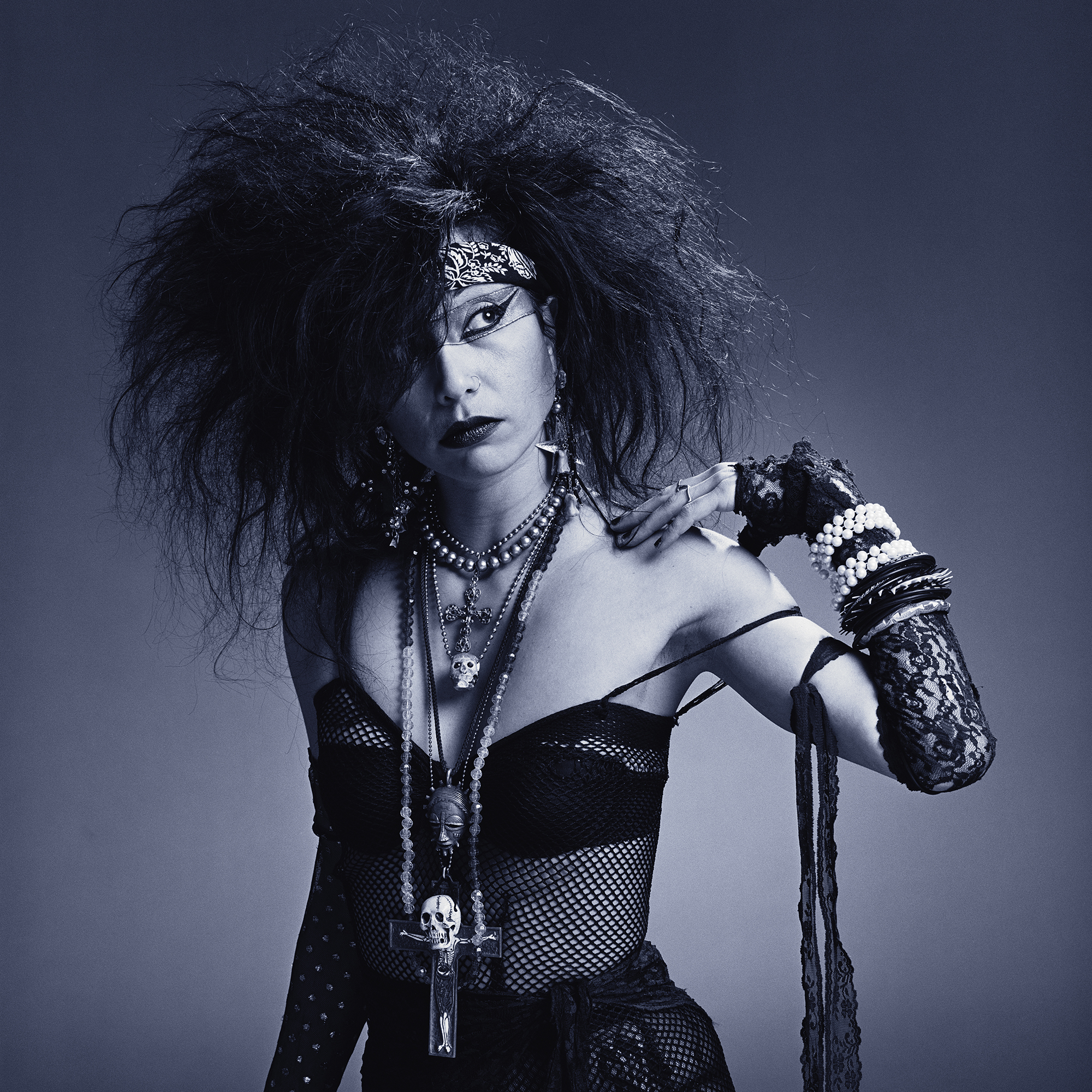 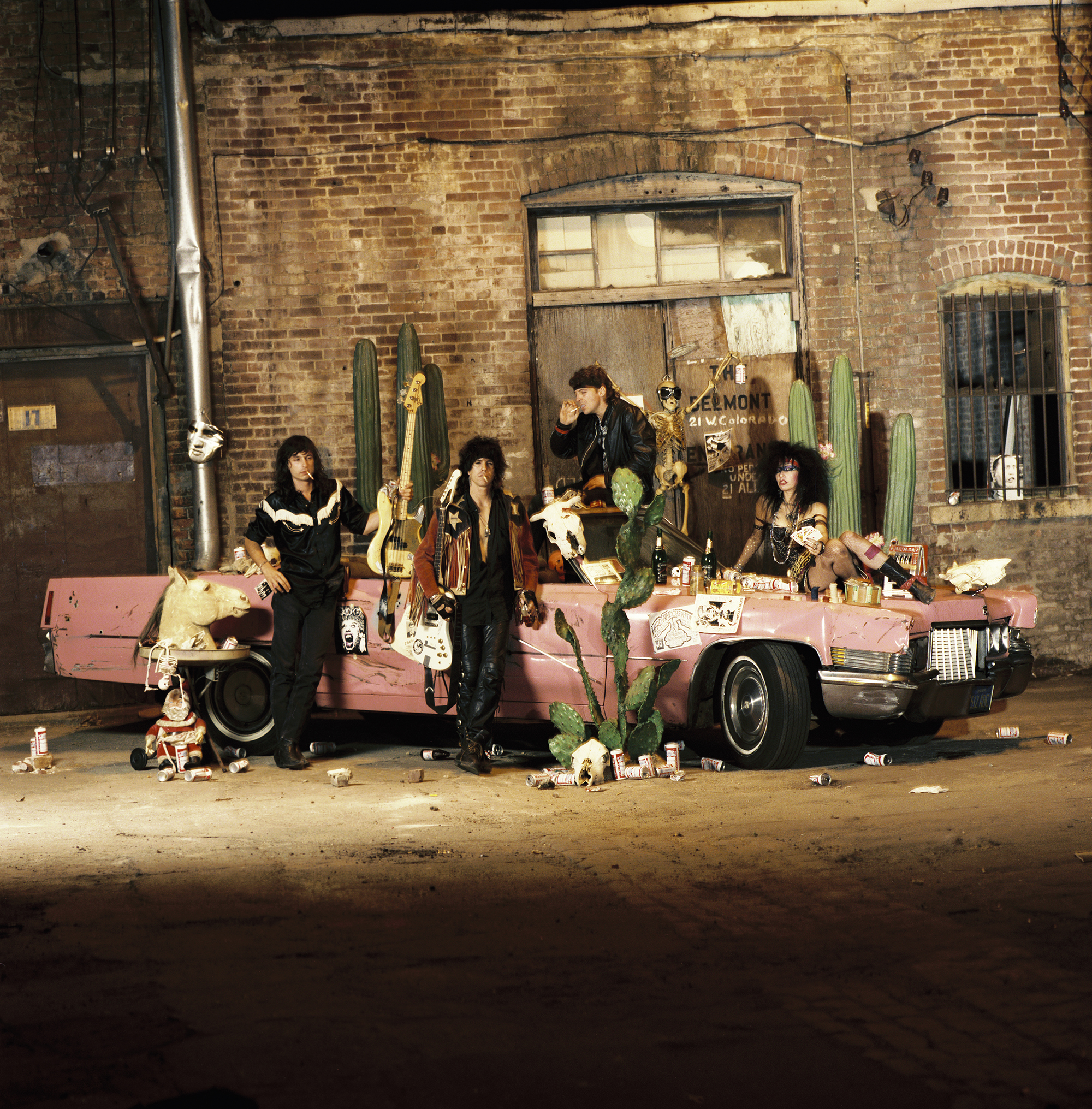 “I remember this skinhead trying to be all scary saying “cut your hair” (how original). Mike and I, laughing at him, said “your head is so ugly, you should grow yours!” We were not very gloomy, more like The Monkeys meets The Stooges. There was a lot of laughter sandwiched in all that darkness! – Smog, Tex & the Horseheads 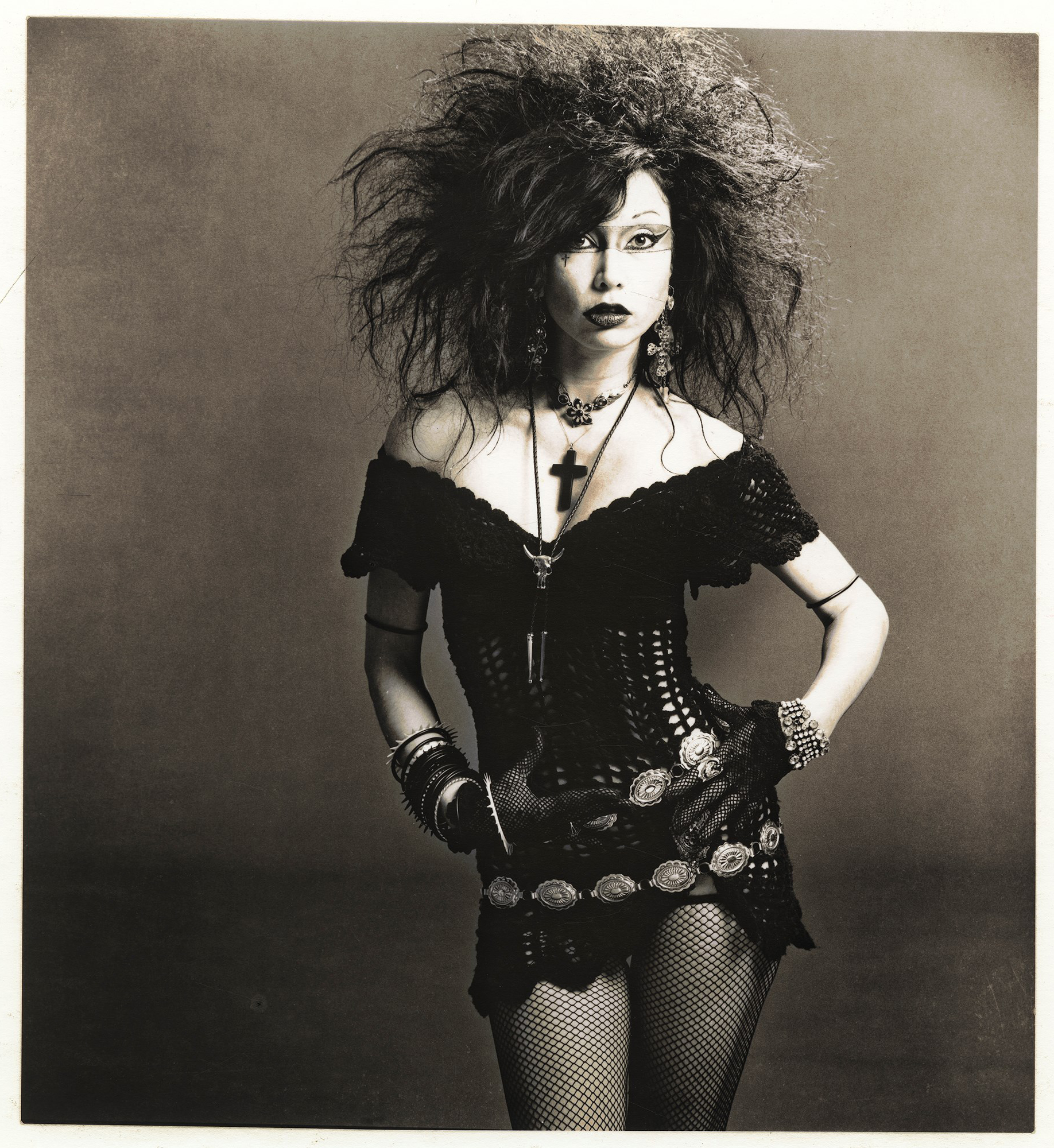 On Tex and the Horseheads:

We invited them to come by the label and meet the staff and sign a few autographs for retail accounts.

They did so but wore pajamas due
to the early hour that we have given them to come (which, by the way,
was 11 AM).

Never again asked them to do anything before noon.