I’d scouted several graveyards in LA before I found this one, but I fell in love immediately with the perspective of the giant cross and the small chapel in its sightlines. In researching Easter, you learn a lot about its Pagan roots which actually lie in fertility and procreation – which probably explains all the Easter rabbits. 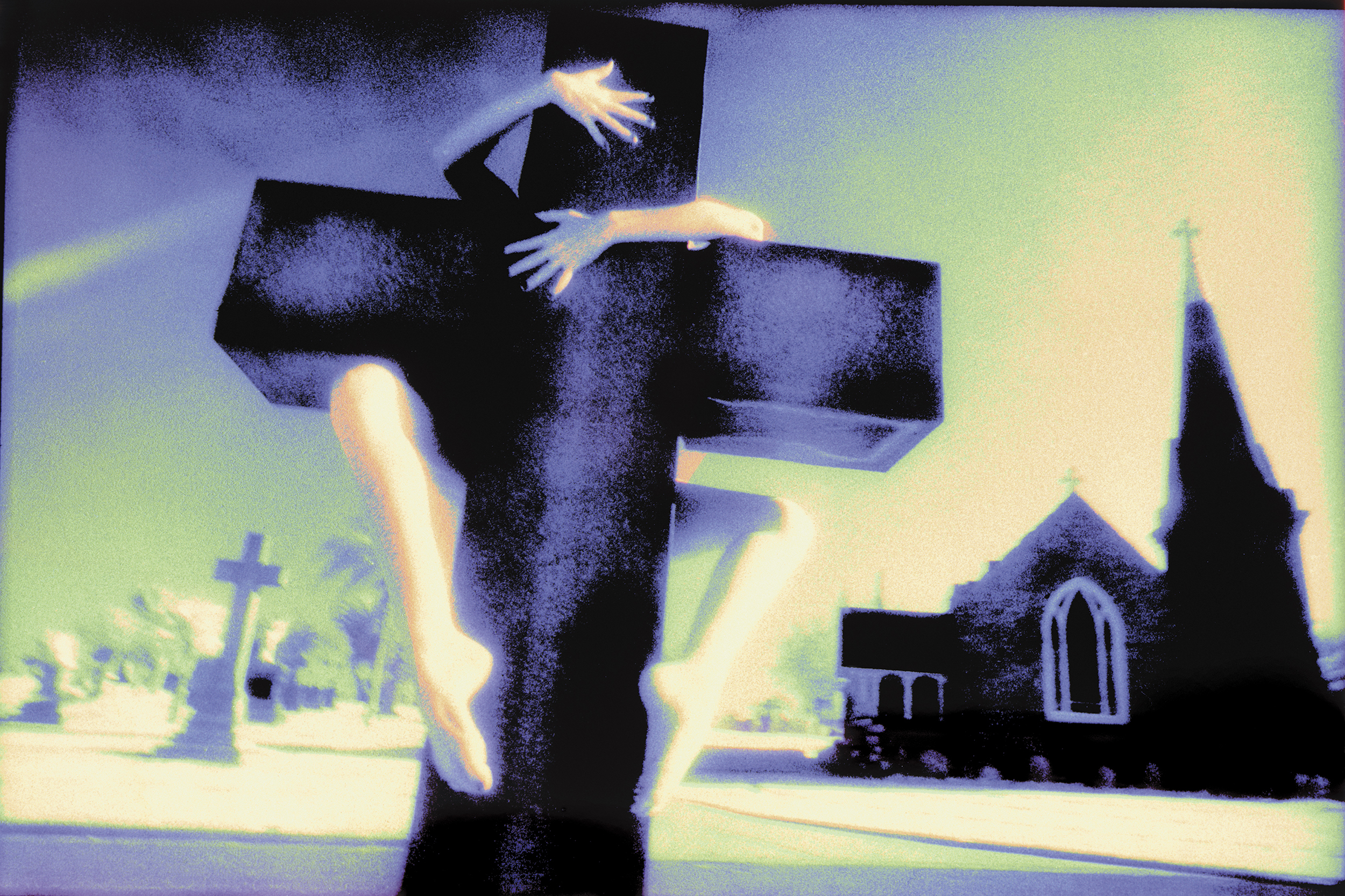 This was shot at midnight on my birthday and we used infrared film, which captures heat, not light – which is how we got this sort of exposure. There are the things you figure out, like you can’t use a wispy model girl to get her arms and legs around a cross that size! Instead we found this amazing female basketball player who could not just get her arms around it, but could hang on with a sense of strength and an almost animal-like urgency and need.
I did a process called tri-color printing with a copy camera. It’s a very old school posterization technique, where you expose a single sheet of film three times with different colors.
We were probably there less than an hour. You know it’s not really about how you shoot, it’s about knowing when you’ve got it.

I took this photograph on my birthday in a graveyard at midnight. Actually, we were all set up to do the shot a few days earlier, but the superhot model we cast for the shot couldn’t get her arms and legs far enough around the big stone cross. All the camera saw was little hands and feet peeking around the edges. 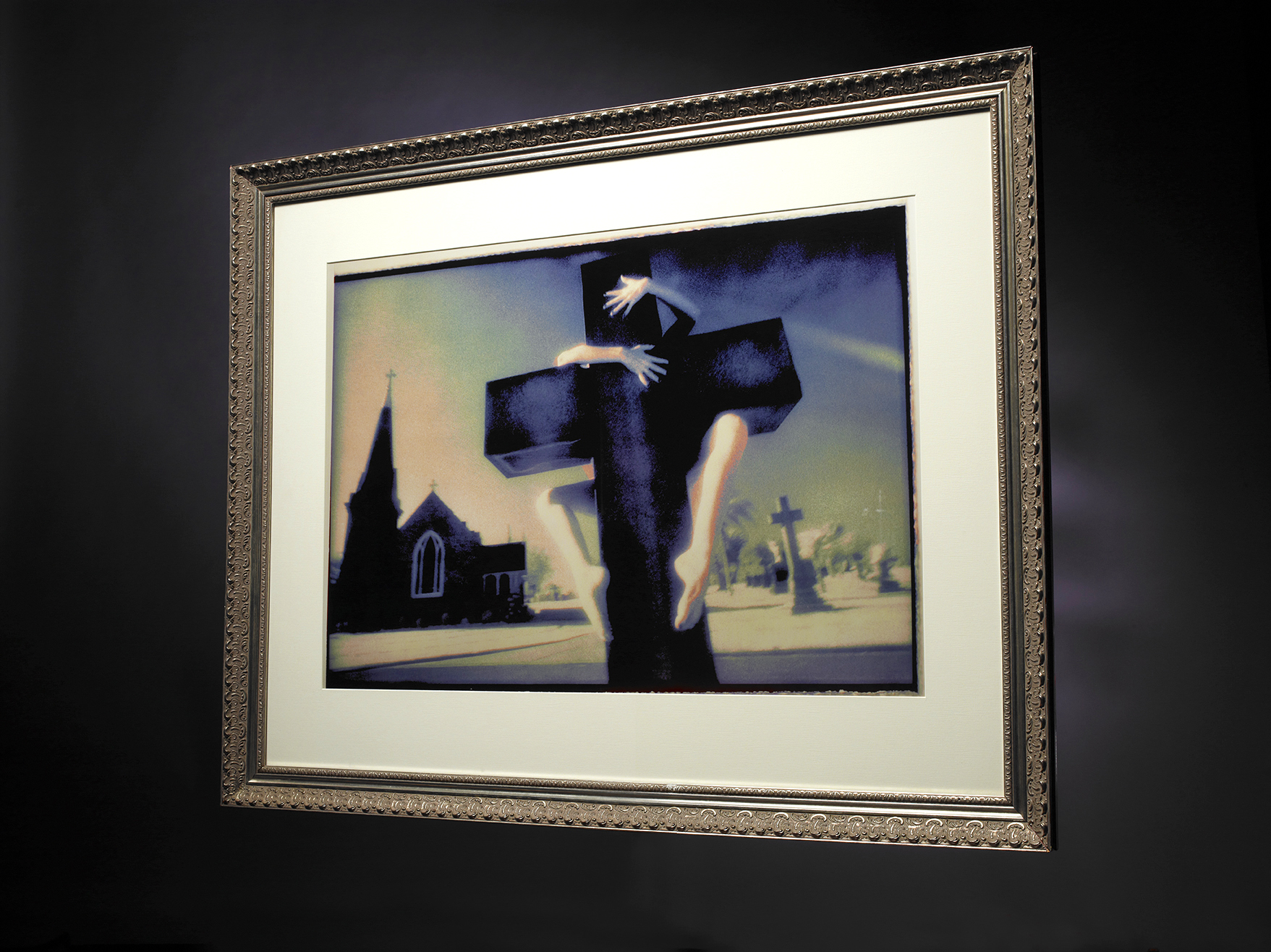