This is the test version. The model standing in is not a singer, but she is a model and a friend. Don’t get me wrong, I was really happy with the final cover art, but somehow this happy accident of a test shot sort of took on a life of its own.

Fear of God was a speed metal band, whose singer was dating Dave Mustaine from Megadeth, which gives you a pretty good line on the kind of intensity the image needed to carry. Falling back on the obvious crucifix fetish, this came with vague references to industrialization’s bondage of our culture. Her arms are actually suspended on I-Beams, which are the foundation of all major construction projects – signifying a slow rigid death stretched against the industrialization of the culture. 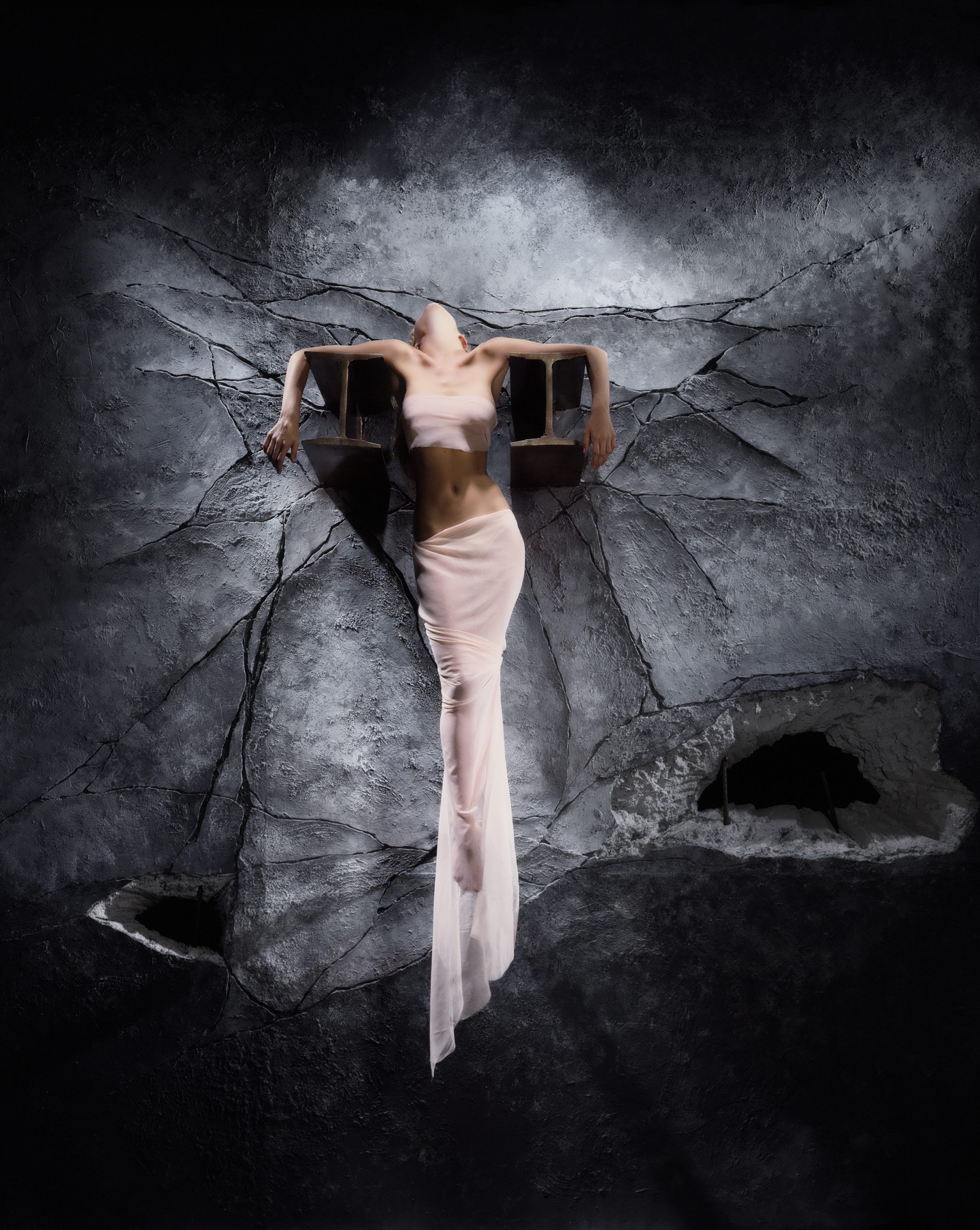 I made the wall out of foam in three days, pretending I was a sculptor… got paint all over me, turning up the stereo and installing the cracks to give that broken sense of something impenetrable breaking down. With the lighting, it was 5 days of set-up — the actual shooting took maybe 30 minutes. I think it was a total of 12 frames to capture something this striking.
And I gained a massive respect for stylists! This wasn’t a big production, so it was literally just me and the model, trying to get the drape of the fabric just right – making it fall and flow like that may actually have been the hardest part of the shoot.