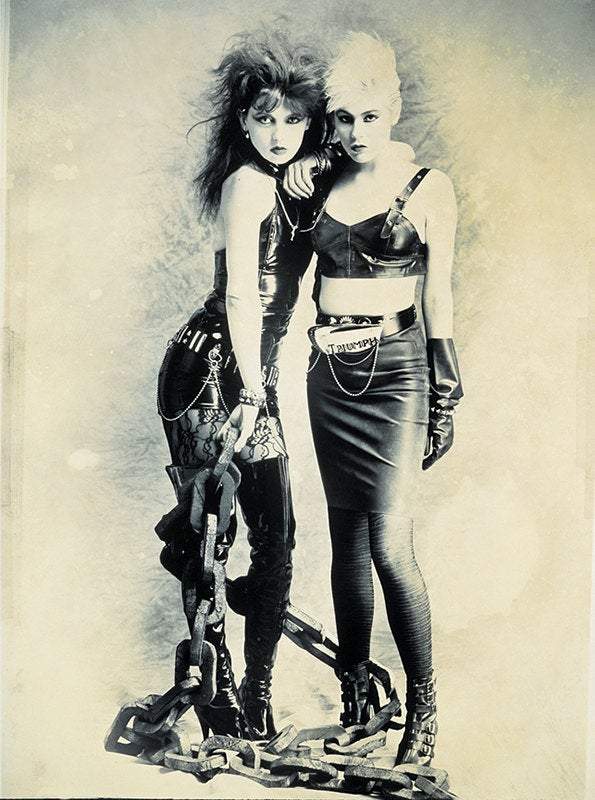 Original image taken in 1986 at my downtown Los Angeles studio for a store on Melrose Ave. Captured on 2 1/4 plus X film, this image was then printed on 4×5 Kodalith film in Dektol and subjected to post production aging. Created for my 1991 Dye Transfer exhibit in Cann France. (Midem)

These are the “real ones” my fine Art that has traveled, hung, and been seen “Shipped from L.A. to New York” and places between.

Back in the day, there was a great shop on Hollywood’s Melrose Avenue called English Eccentrics. I don’t think they had a slogan, but it should have been Serving All Your Vinyl and Leather Needs.

They gave me a long chain and let me run. In return, I gave them an image that is still one of my personal favorites. I look at this now and see bits of Man Ray, plus touches that draw from both the Dada and Surrealist movements.

Of special note: the staining was accomplished with a single cup of very strong black coffee. Sure you could get close with Photoshop(as it was just released version 1.0), but no software will ever be able to stand up to a nice hot Ethiopian Yirgacheffe. 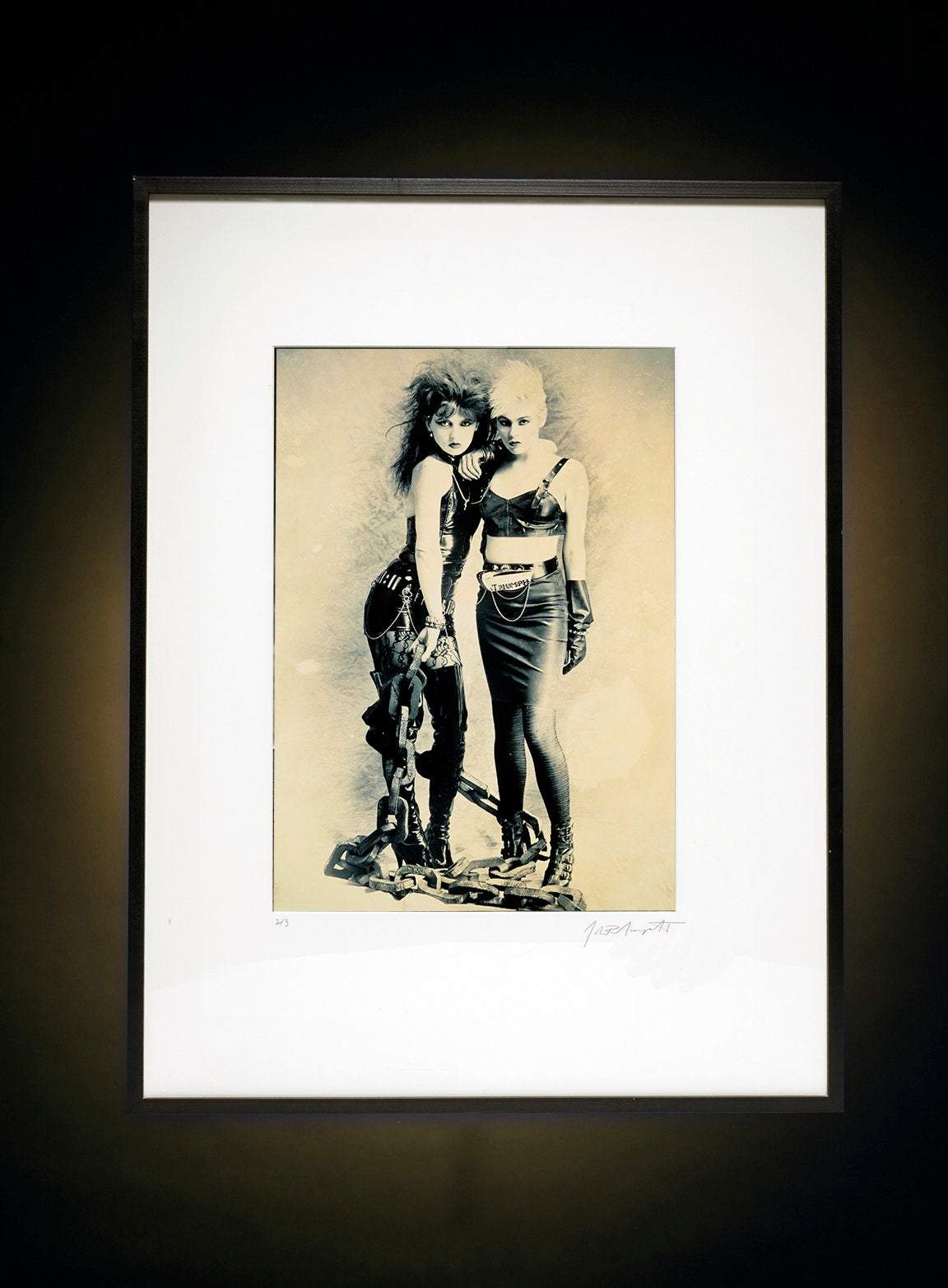