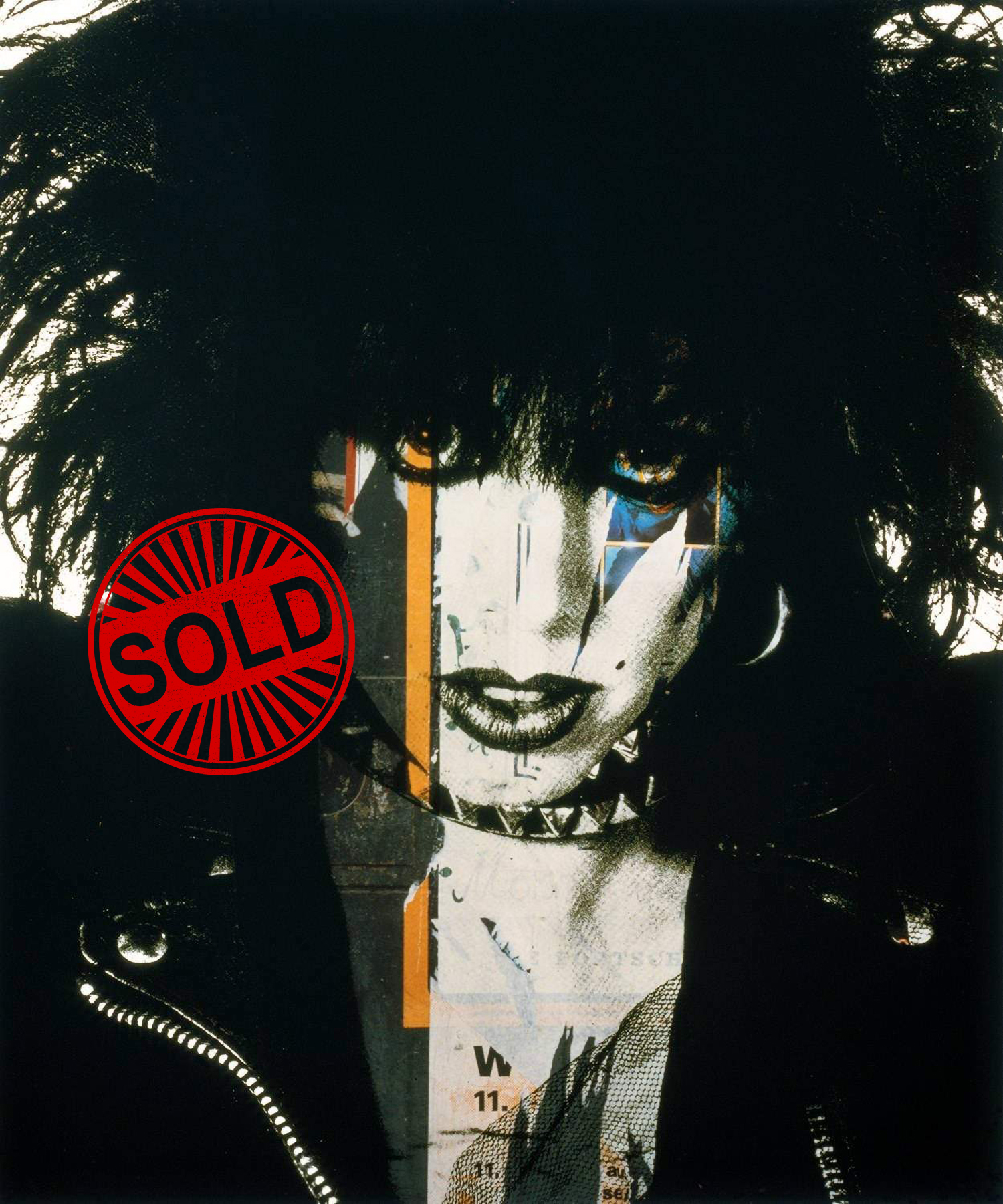 My first semester at Art Center College of Design in Pasadena, our first assignment was a fashion headshot. Being young and on fire with all of it, I wanted something that stood out, so I went high contrast Kodalith film, black and white only… something extreme, but glossy… and I knew I was going to drop the color in.

The more I looked at the image, the more I wanted to evoke a deeper truth about who the model was. On my backpacking trip through Europe, I’d taken pictures of the layers upon layers of handbills for bands and films, rallies and whatever that had been posted and they seemed almost like collages. I took a scissors and cut the transparencies up and hand laid them on the imagine… kind of an homage to Warhol. It’s high contrast and high finish, with the color laid in to suggest those graphic feeling silkscreen polaroid portraits that he did.

This was the moment I understood photos from right here and right now could be art. Kodalith positive, with cut up transparencies laid on, it elevated the pieces to a new medium… and also captured the essence of rock at the time from Siouxie Sioux, Kiss, punk, even Bladerunner.

My teacher kind of looked at it when everyone’s assignments were turned in and didn’t say much… but one of the guys from Guns N Roses later told me when he found out I was the guy who created this, “Man, I’ve got that postcard in my bedroom.” 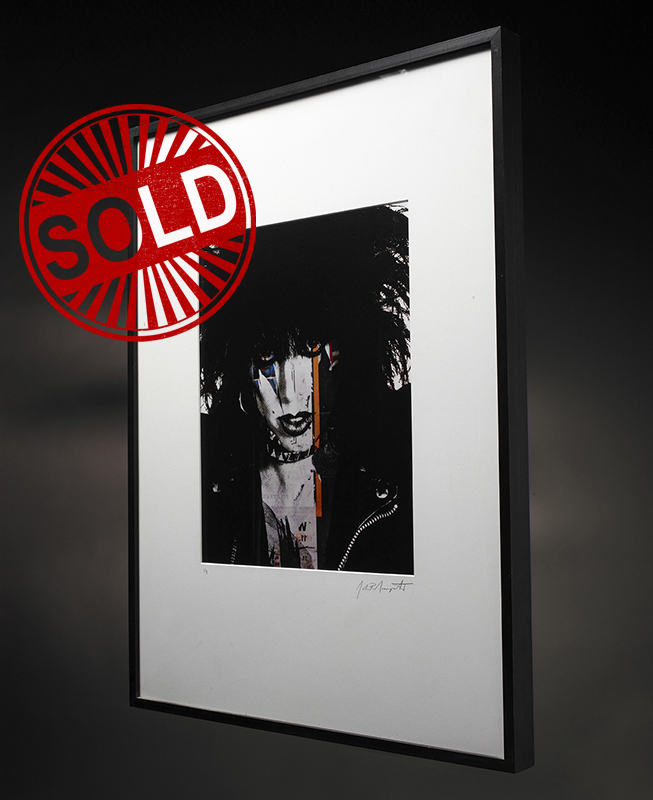