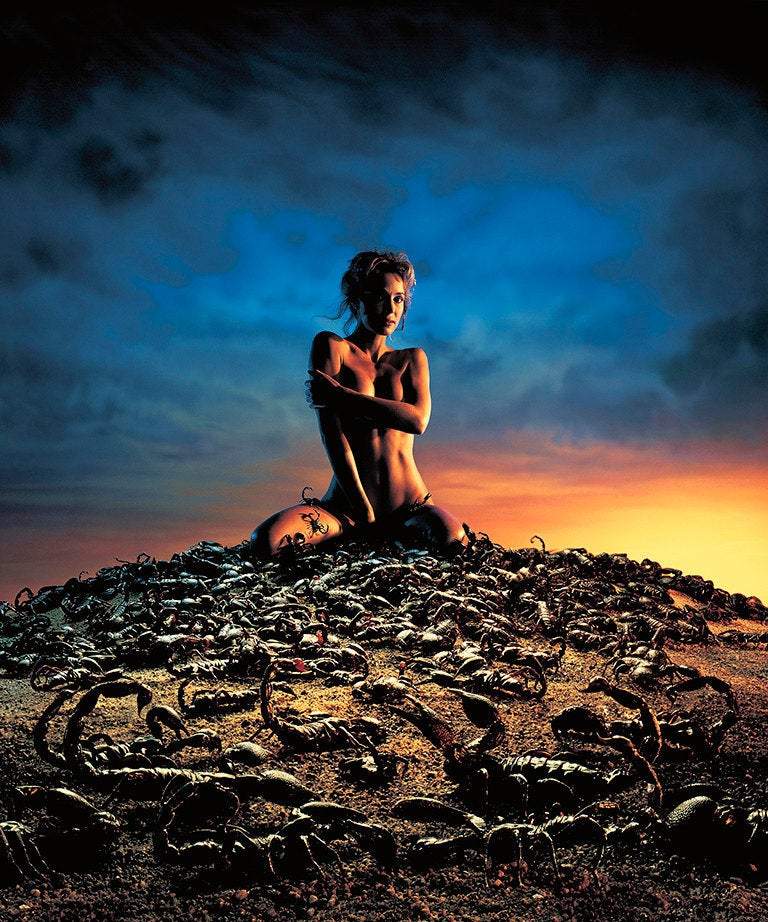 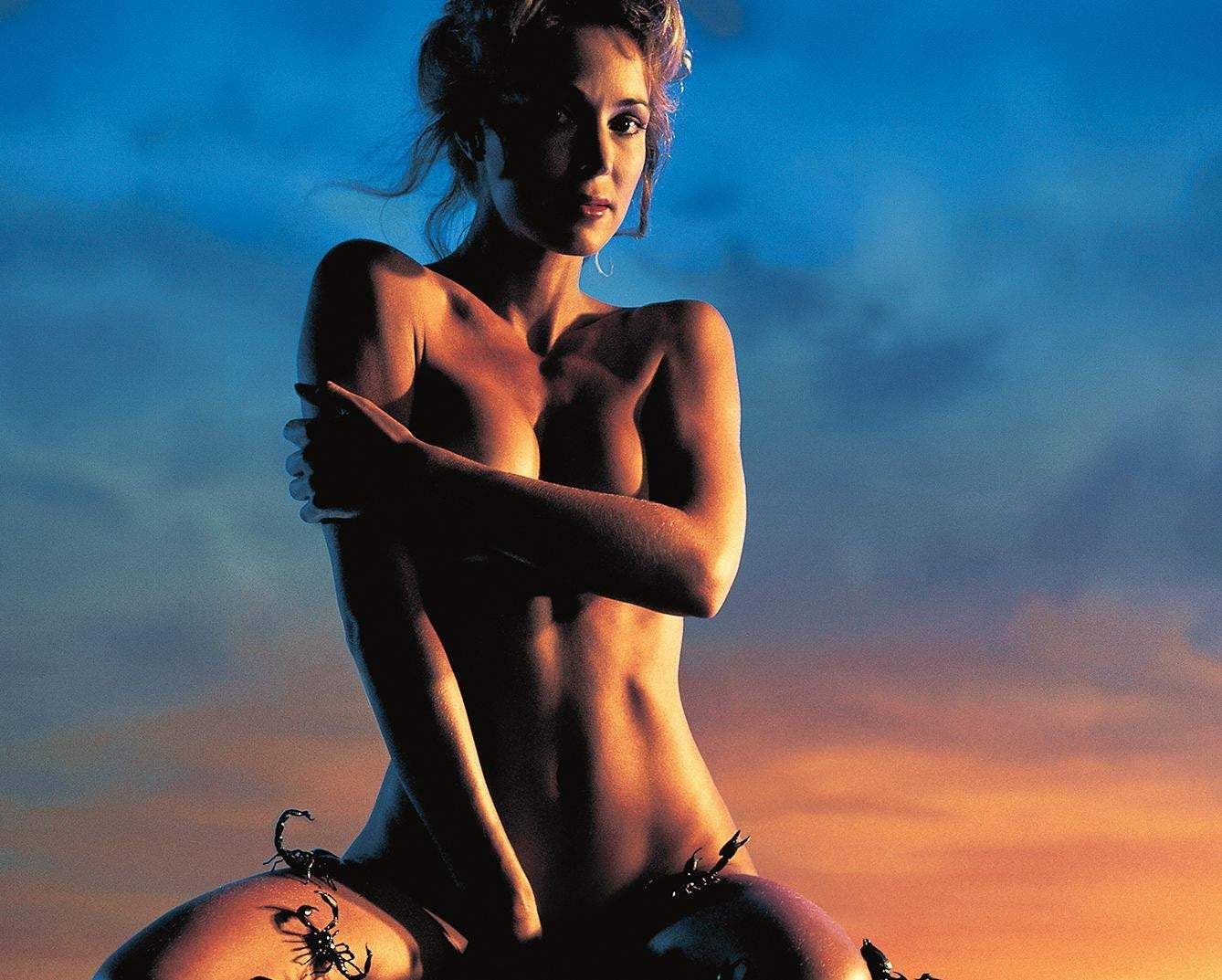 Deadly Sting
Jules Sylvester – who’s slogan is “Insects & Reptiles for Every Need” had done “Arachnophobia” and all the big Hollywood snake and bug movies – is the coolest guy. He’s this amazing South Afrikaner, who views every request as a quest. I told him I needed 300 scorpions, and would like choices. Next thing you know, we had 300 of this kind of scorpion, and 300 of that kind of scorpion. Given who the band is, the obvious choice for the Scorpions was the biggest, blackest meanest looking, which meant the North African Black Scorpion. 300 is a large order, and of course some died in transit. Not wanting to waste even one, those were prepped, glued into hero and fighting positions and ultimately glued to the model’s body.
Obviously the girl was shot separately on a box against the backdrop. One of the band guys had seen her on a billboard on Sunset Boulevard and was like, “You have to find her.” Thankfully, in Hollywood, it’s never really that hard to find someone – and we hunted her down, asked her if she was willing… And no, she’s not actually naked, she’s wearing band-aids.
The trickier thing about this shoot was the scorpion. People don’t realize: they don’t like heat. They become very agitated and angry and start stinging when they get too hot. Consequently, we were scooping them into Tupperware containers between shots and stuffing them in the refrigerator to manage their internal temperature. It creates very short windows to shoot, but that urgency also makes for an energy you can feel.

Dye-Transfer:
A larger color gamut and tonal scale than any other printing method, dye-transfer is impossibly rare, used mostly by museums and collectors. It’s become almost extinct since Kodak stopped making the ingredients in 1994. Searching North America for someone great, I found one guy in San Francisco who was also doing dye-transfer work for the Smithsonian. Smithsonian, Scarpati… it’s practically the same thing.

Slave to the Thrill – Canvas