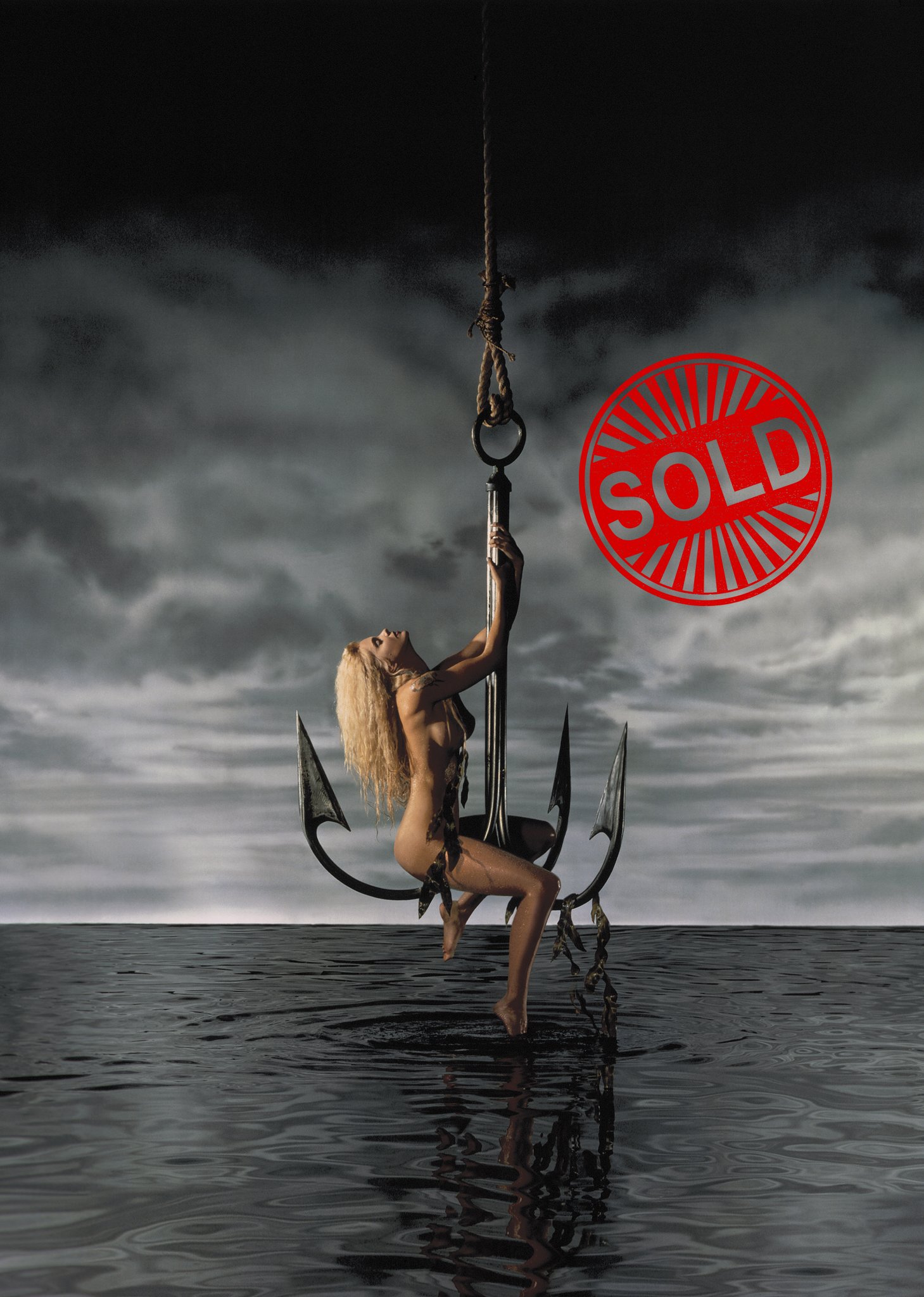 This is, obviously, the ultimate catch… the notion of Venus Rising, but on a giant hook, impaled by something cold and hard, but still she’s strong and empowered. It was shot in my 6000 foot studio in downtown LA, and it was the first time I’d done a reflecting pool. Reflecting pools require their own reality: how much do you ripple the water, what seems appropriate for what’s going on?
Fred Sutherland, the welder I worked with who’s now a famous artist in his own right, put a bicycle seat in that oversized classic treble hook – and we found the rope at the piers of San Pedro, the big rope they actually use to tie off boats. We were also told the girl couldn’t be naked, so an assistant was sent out to get some kelp to take care of that…
What’s so special, though, is the in camera single frame exposure. I’m not afraid of composites, but when it can all come together, there is something so magical about what you get in camera, why wouldn’t you try?
It’s also one of the few times where I actually pushed the writhing and seething, because it fit the extremes of the circumstances. It made it very erotic: the implied poll of the hook, how she’s positioned, the arch of her body, the head thrown back. It only took 12 frames… 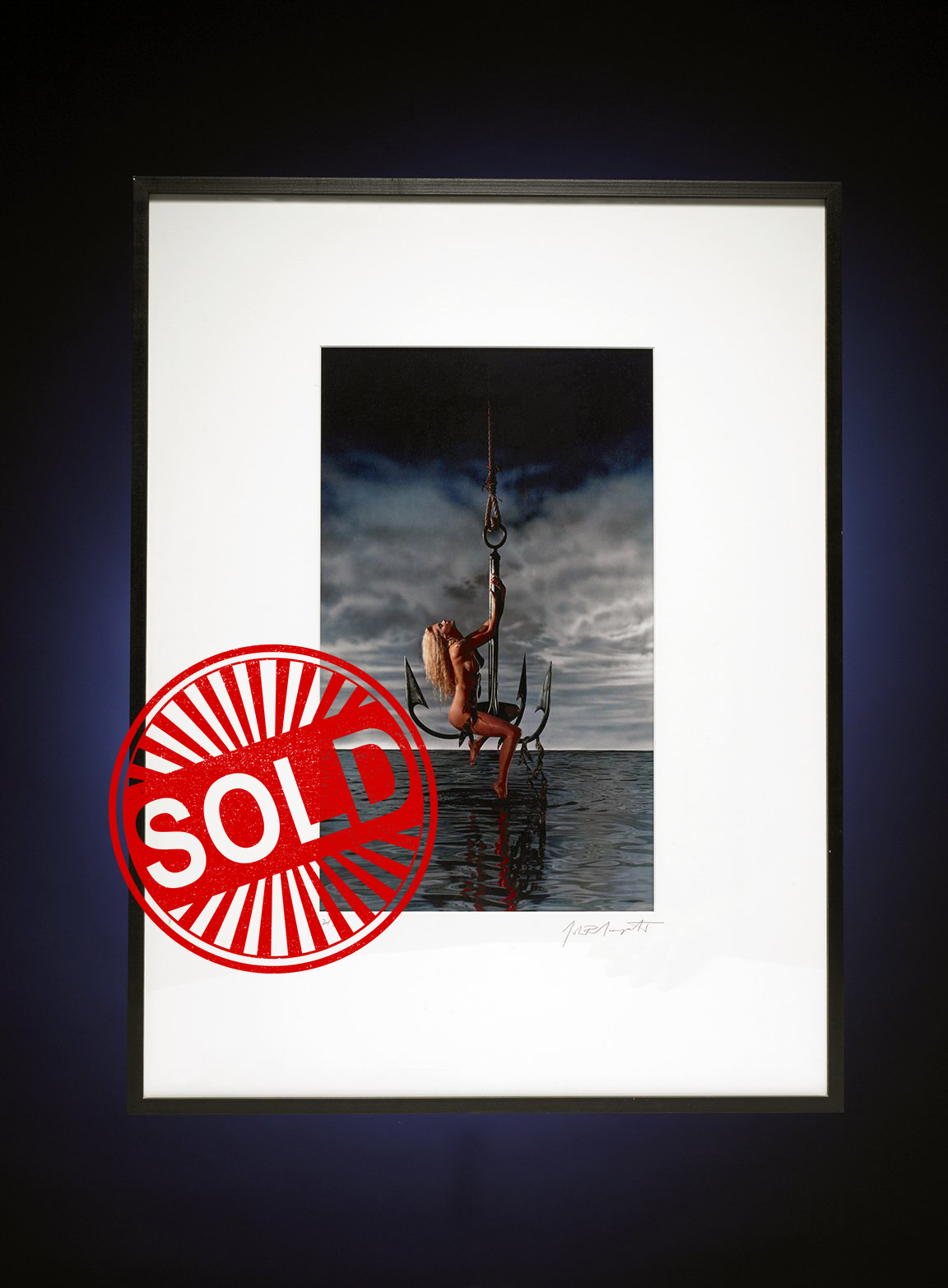