1970’s film studio light made by Mole Richardson, Inc. of Hollywood, CA. Rewired with standard Edison E26 socket and bulb to be used as a standing lamp.

Light Fixture & matching Rolling Mole Richardson Senior Stand (adjustable height from 6′ to 12′ feet)
* this is a GIGANTIC stand – bottom legs are 2 ft each and stand at most compressed setting is 60 inches high. This means a ceiling hight of 8 ft is not high enough to instal the light on the stand. The light once installed on stand is 7 ft 10 inches at minimum hight!

Lights can be purchased at Old Hollywood Light Co. 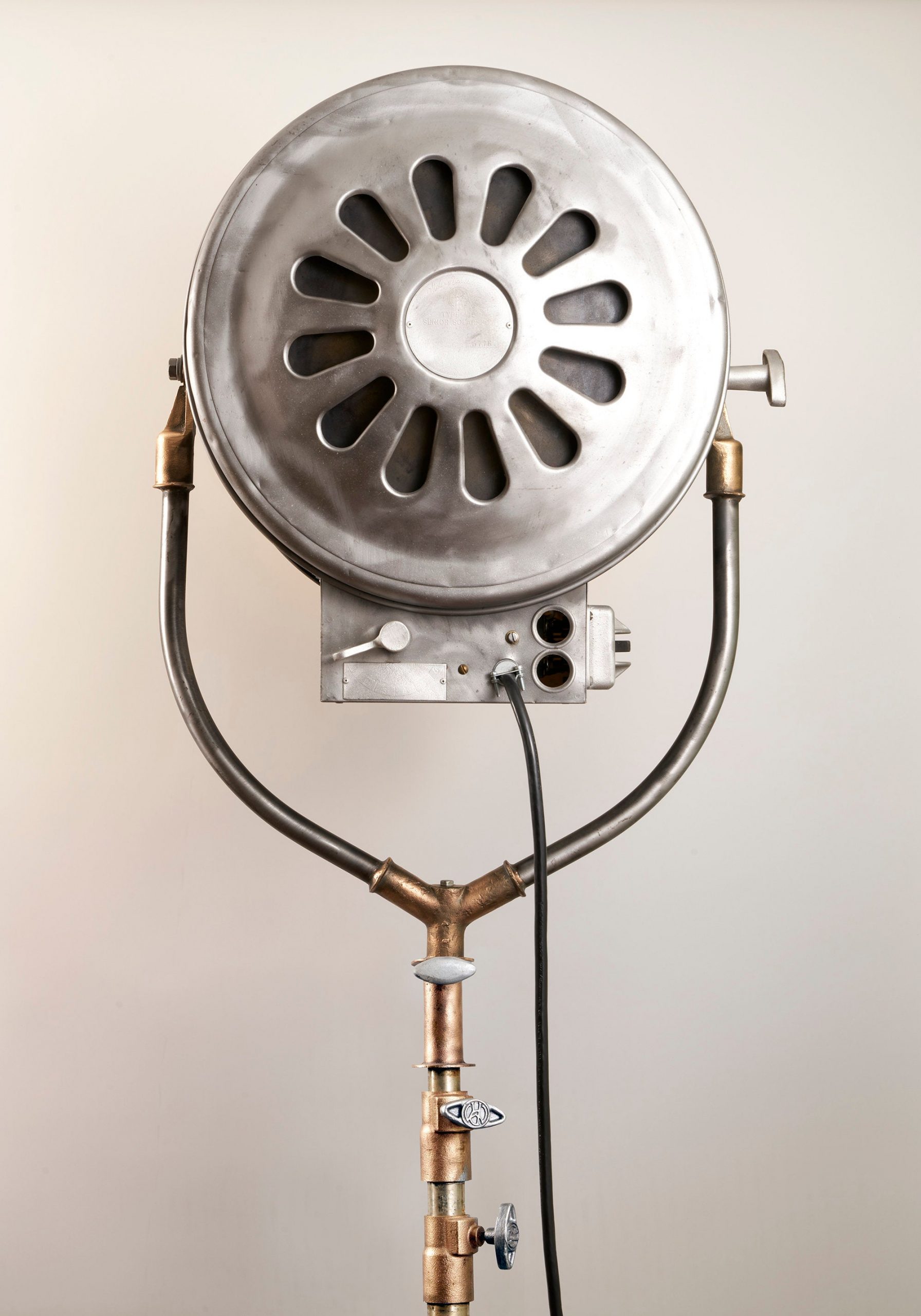 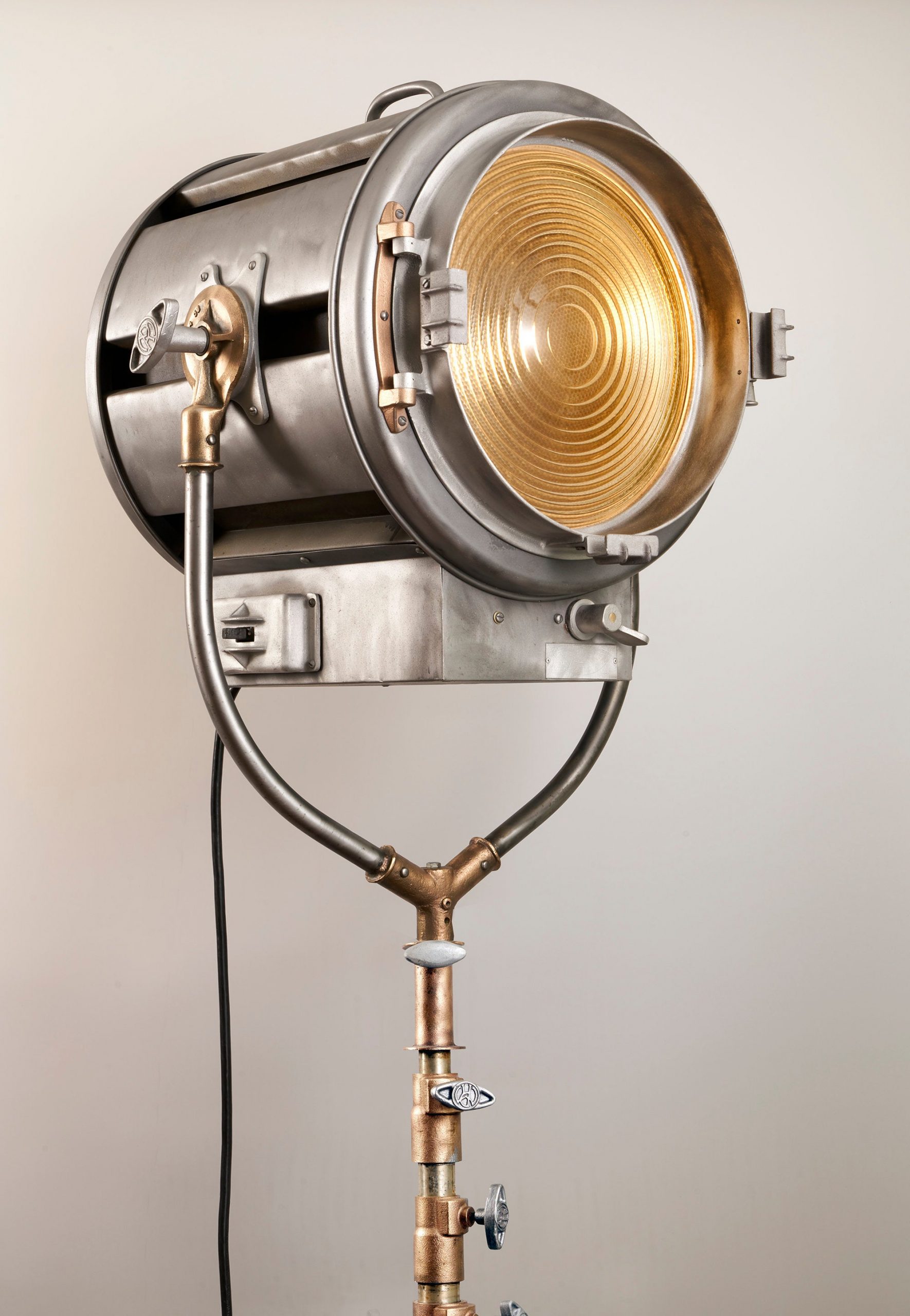 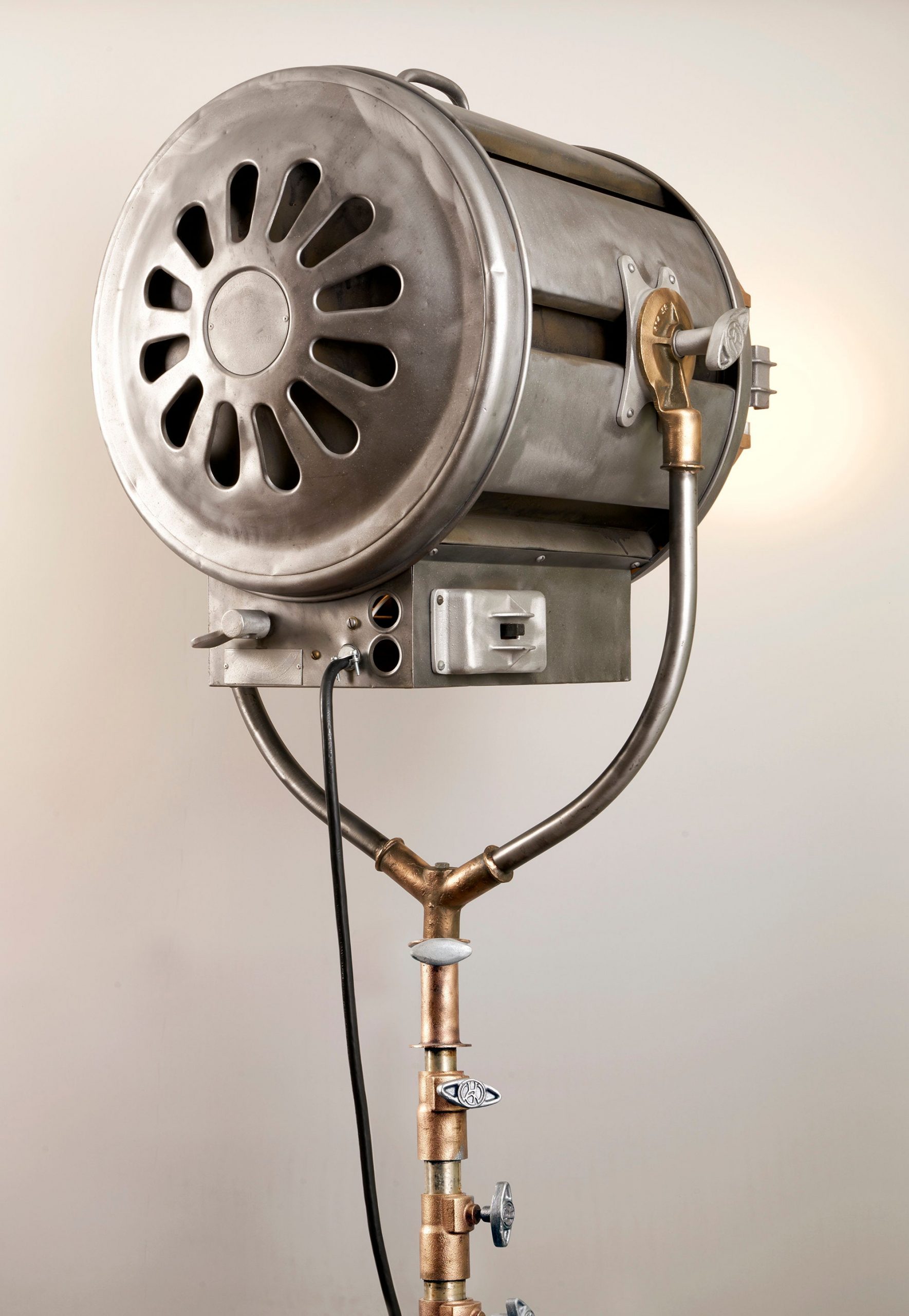 “What a terrific experience I had purchasing a restored 2k Mole Richardson. From the get go communication was fast and detailed. The product I was interested in was no longer available, however, they were happy to restore another on demand for me and I felt a part of it because I received photos of the progress. Timelines were given, and product was shipped to me ahead of schedule. No complaints except I wish I needed another light to do it again. :-). Oh the picture attached is prior to me putting the light on the stand that was also terrifically restored as well. Thanks!!!”