These lights are the real deal. Meaning that they’re old, and we’re designed and built as working tools for the movie industry. Each has been meticulously restored, rebuilt and rewired for home use. Finding great examples is a labor of love. These are the real-deal – the lights that literally helped define Hollywood’s golden age. The character and cool factor are far beyond the offshore knockoffs you’ll find in upscale malls. Complete with period- and manufacturer-correct rolling stand. Difficult to find, and nearly impossible in such immaculate condition. 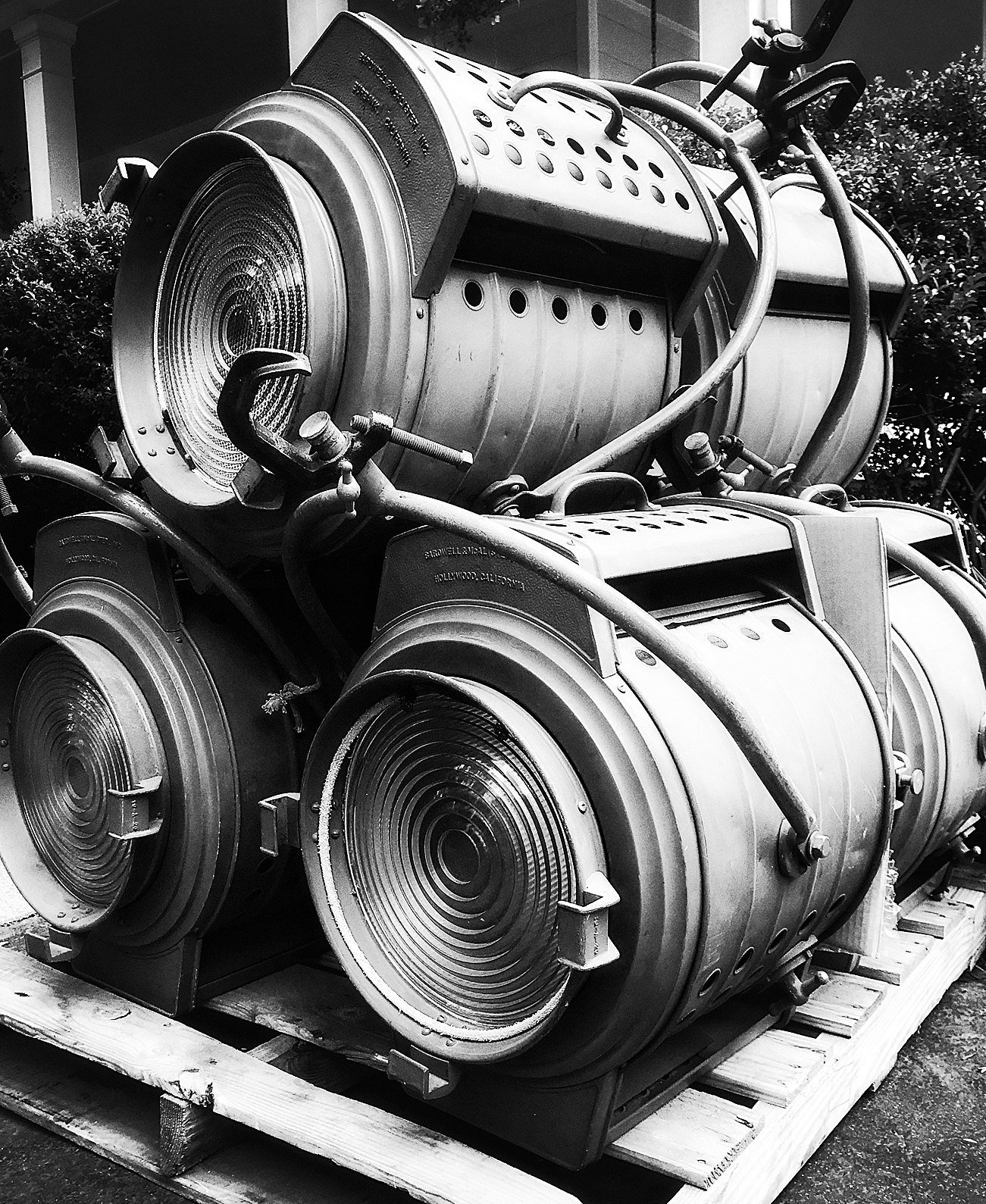 “Restoring these old beauties is definitely a labor of love for Scarpati. After tracking down one or two of these rare creatures stashed in a forgotten corner of some cavernous L.A. warehouse — a feat in itself — he gets them to his personal workshop, where he completely breaks down each to its individual parts. Every knob, lens and metal component is cleaned, stripped and refinished, with impossibly rare missing parts found and fitted.“Vintage Hollywood lights re-purposed as modern works of art.  Over the three  decades music photographer John Scarpati’s lens has chronicled rock, metal and punk acts including Poison, Circle Jerks, Social Distortion, New York Dolls and Rush.  Scarpati has most recently taken to scouring old Hollywood studio supply warehouses in search of restoration-worthy lights to restore for domestic use. The lights were usually made between the 1920’s and 1940’s, each is a one-of-a-kind original, complete with vintage stand or tripod. They exude the sort of patina that can’t be matched by mass-produced reproductions.”-   “the/HeaveyCurrent” 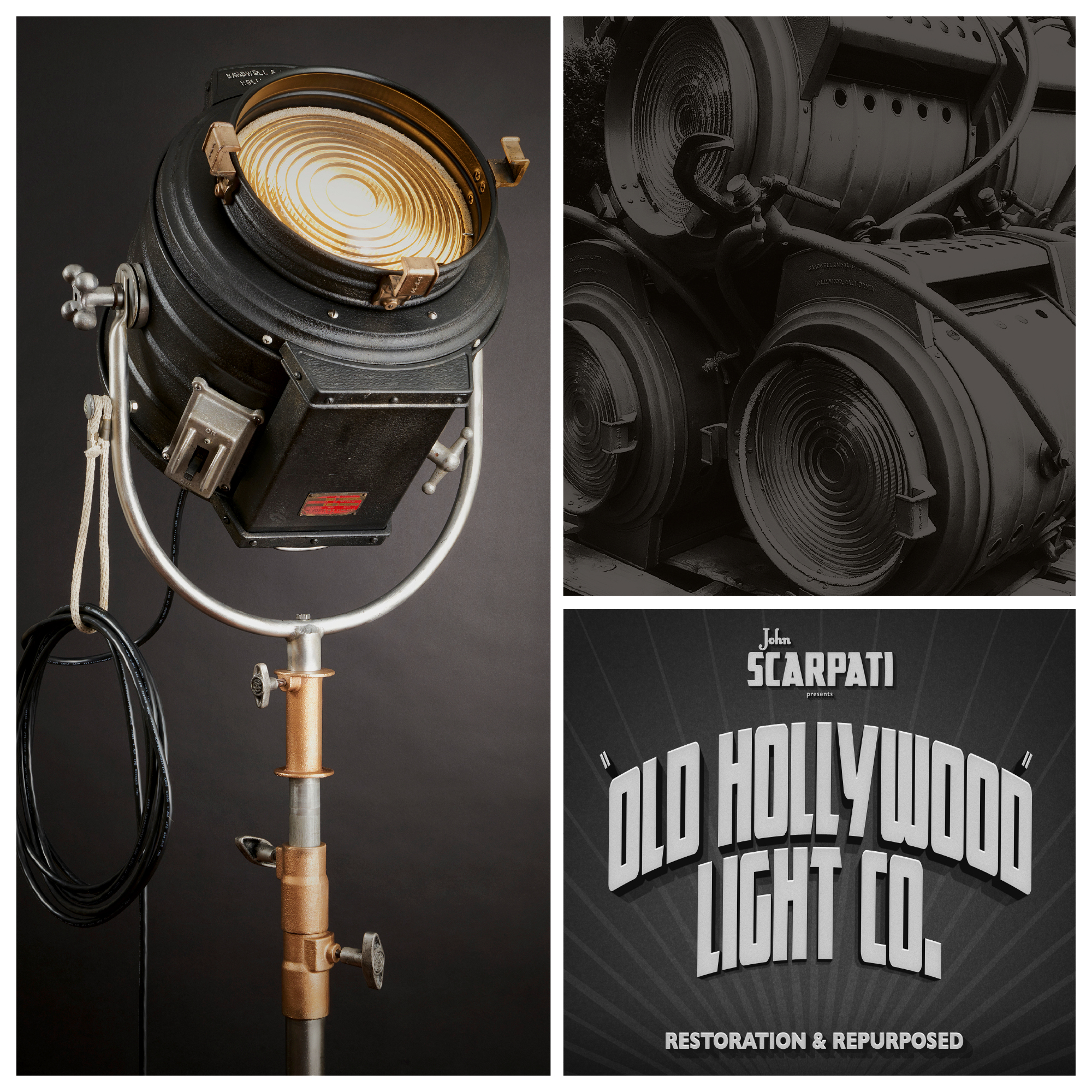