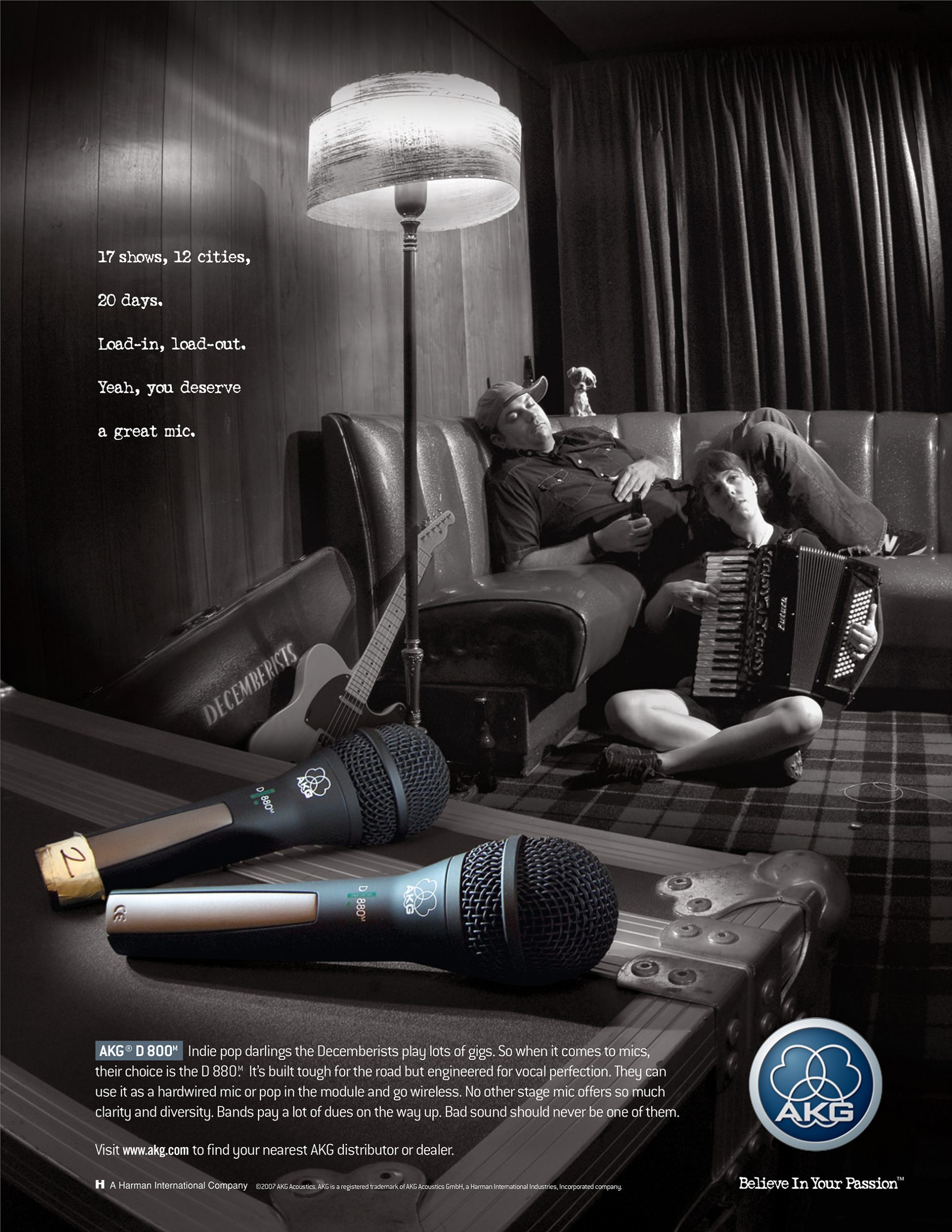 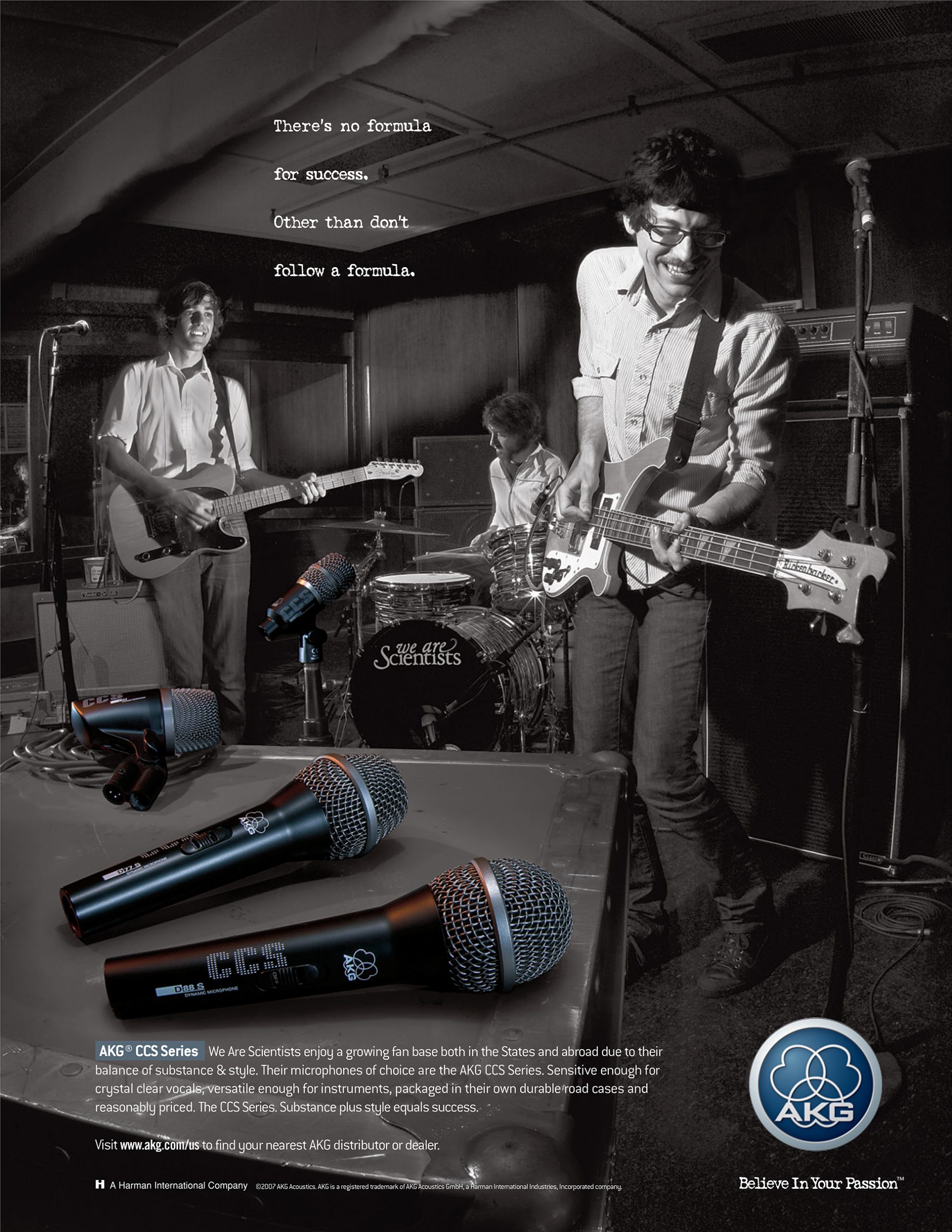 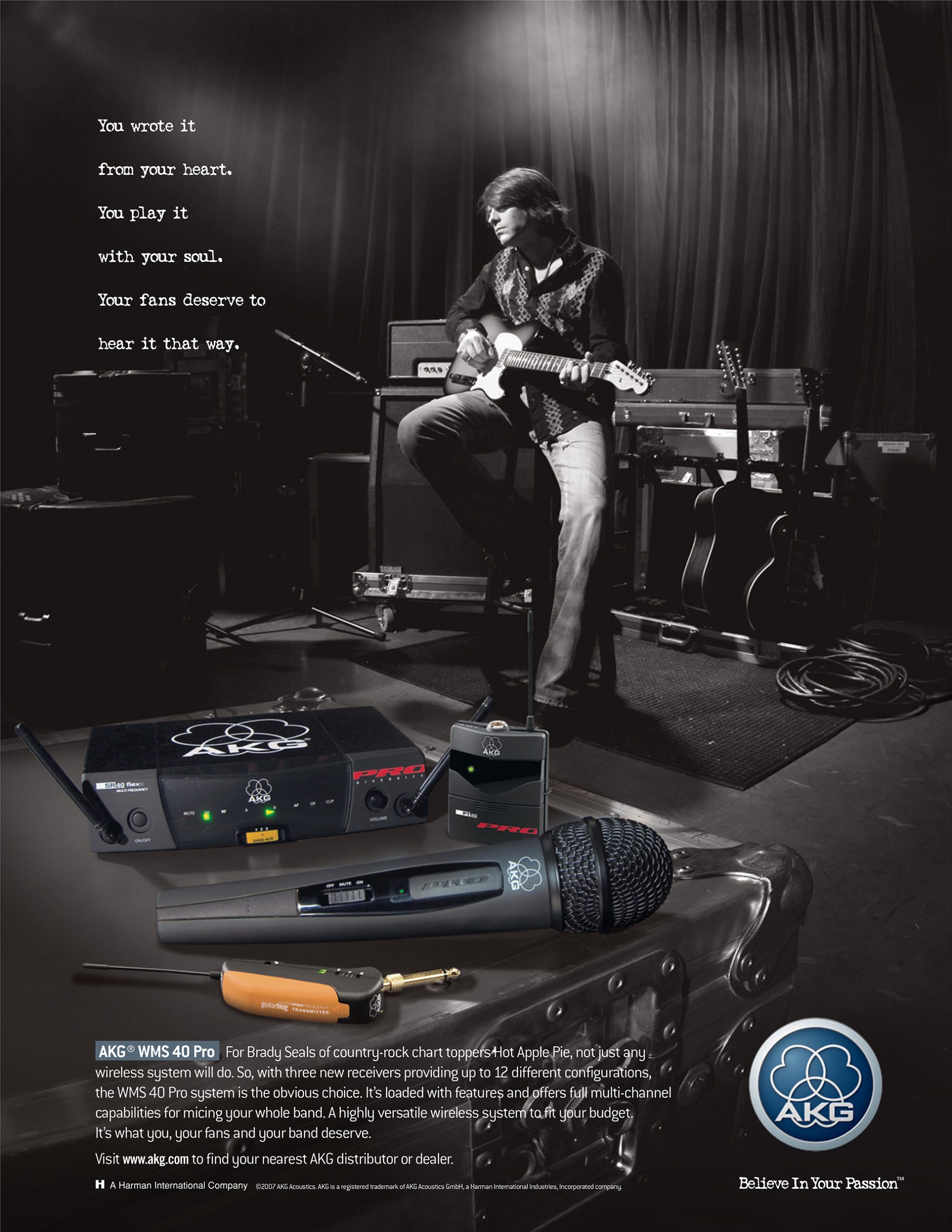 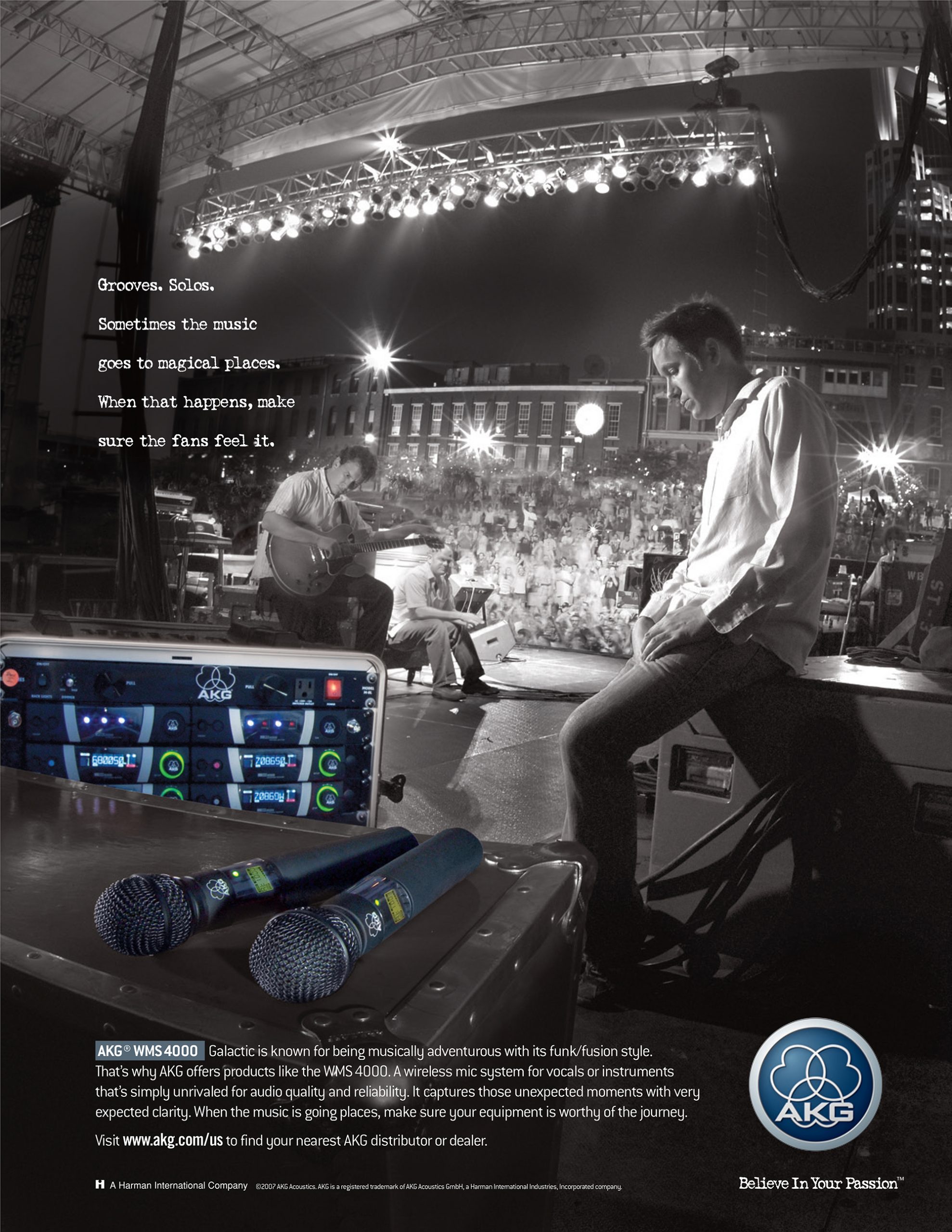 Sid Vicious killed his girlfriend at the Chelsea Hotel. John Lennon, Jimi Hendrix and Bob Dylan wrote songs there. But my best memory of this legendary New York funhouse is taking pictures of the band We Are Scientists for a recent AKG Microphone ad campaign.

Actually this project featured several really cool groups, all shot in equally cool locations. This particular image is The Decembrists, shot in the green room of the Doug Fir Lounge up in Portland. The Doug Fir is easily one of the most incredible live venues anywhere in our solar system. You really must go.

I also got to shoot Galactic in Nashville, but lost my wallet during the shoot somehow. It was returned by a mysterious young  girl with black hair who spoke only Italian and Portuguese.