Driving around New York with David Johansen and Marisa, his significant other, for two days defies words. He is the epitome of the Glam/punk/rock core – and he’s seen it all. I mean, I don’t remember if the car was a Pinto, but it was definitely the subbest-compact; David was chain smoking and telling stories about every dive, thrift store and landmark we passed in this voice that sounded like Tom Waits.
I’d wanted to build a set, but New York City was impossibly expensive. We found a place called Composition Workshop in Red Hook at the foot of the Brooklyn Bridge that felt somehow appropriate, and they couldn’t have been more helpful. Realizing I didn’t want to compromise or distort the band members’ physicality, we built the set with a forced perspective: 28 feet across the front and only 12 in the back. It let me relax my lens choice and not turn them into cartoons, but give them the respect they deserved. 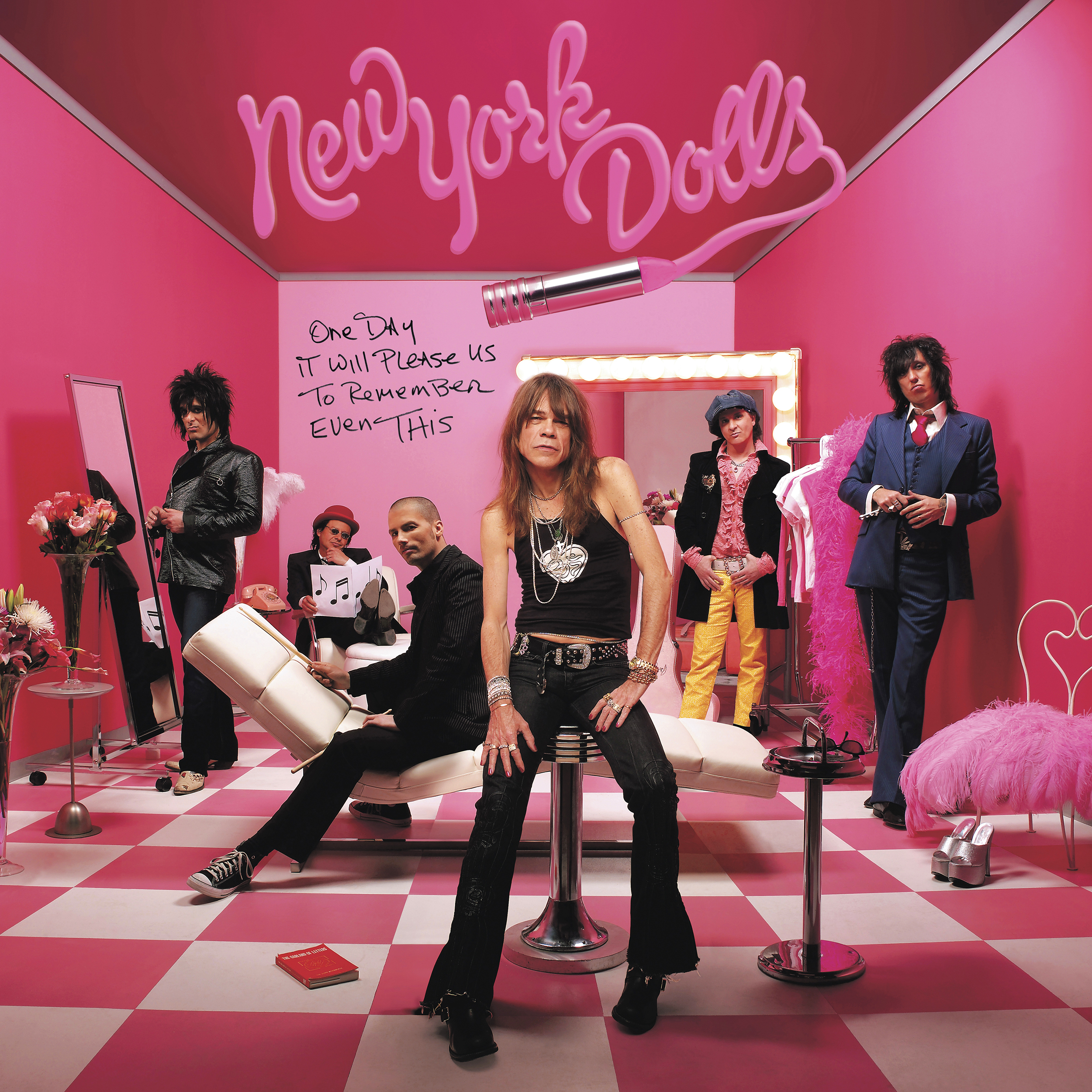 Of course, the set evoked the excess and gender blurring the Dolls were known for. Imagine Barbie just got her inheritance and she’s living in Soho in her dream girly indie apartment. They got the joke and played right along… right down to the idea of using a real tube of lipstick to write the hot pink logo on the jacket! Once again, there was no stylist, so I was the guy running through the cosmetic counters at the mall – not having the heart to tell the salesladies I didn’t care about the lipstick, only the tube.

Imagine yourself driving around Manhattan with none other than David Johansen. You’re stopping in at every prop house, vintage furniture boutique and thrift shop in search of anything pink.

To get the full effect, you need to imagine that you’re in a battered Ford Pinto. David is chain smoking, and for some reason the windows are all up. Lots of stories. Lots of laughter. Lots of smoke. 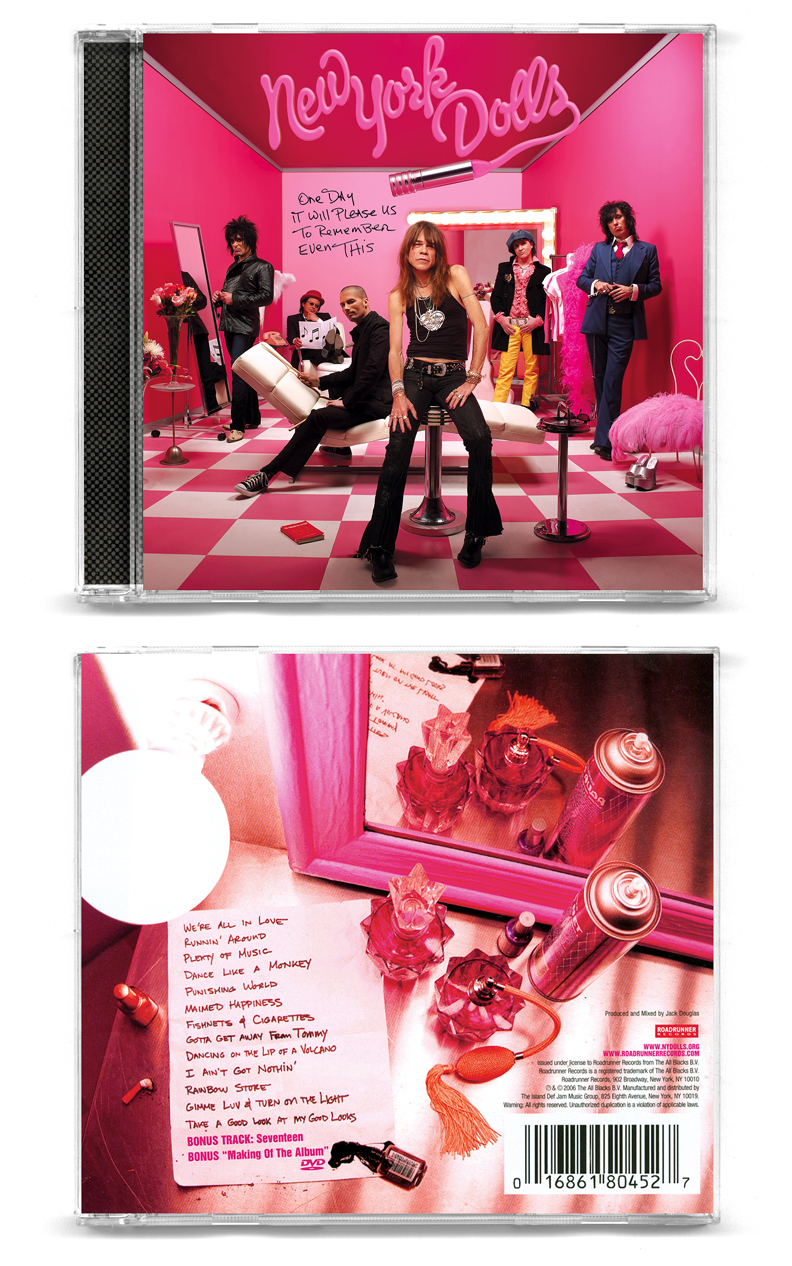 “Sometimes the very thing that makes a shot work is the thing that scares people most. The record label called when they first saw this, and said they liked everything but the pink. I’m not kidding.” 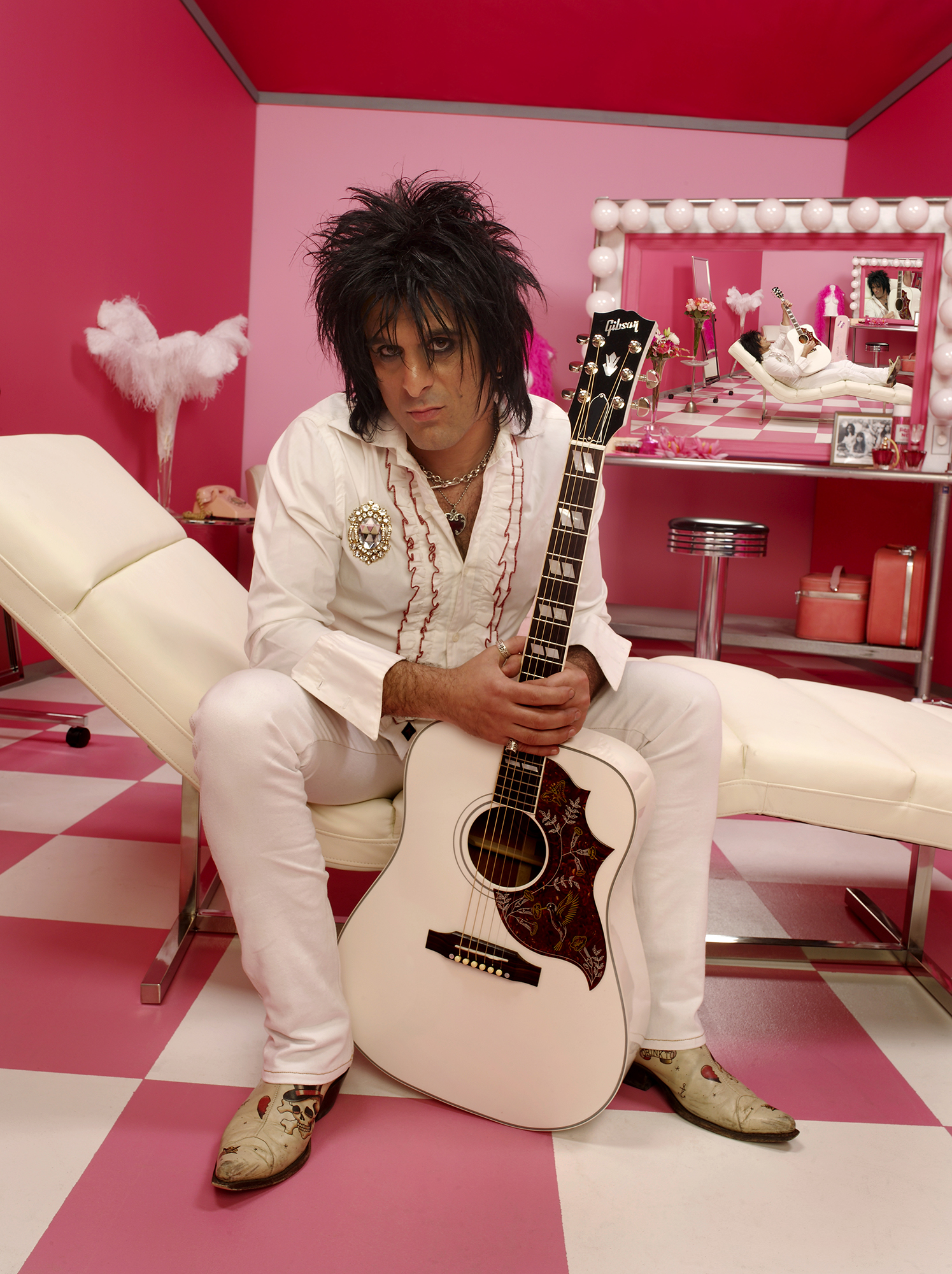