I wanted to take one of my bull’s-eye fantasy images – a la Great White or Scorpions – and use all the fundamentals on something more organic and earthy. 4×5 film is shot 1-to-1; I place the acetate over the ground glass so the ratios remain intact and there’s no issue of inconsistencies of grain structure. Obviously, this is the kind of image that requires a lot of marrying different elements, so consistency is important.
We took the Foss Brothers to Fess Parker’s Winery to have them throw lassos into the air – and realized letting them actually throw the lassos wasn’t going to work. So we got some fishing wire and booms and kept the boys in hero positions, while kids with giant leaf blowers were hitting these piles of diatomaceous earth to throw up all the dust that you see from “wrestling” this metal machine to the ground.
We hung this Harley Fat Boy on a crane with nylon rope. It was one of the guy’s biker friends. All I could think was, “Please, don’t let the bike crash to the ground…’ because he was so much bigger than me and everybody else on my crew combined.” 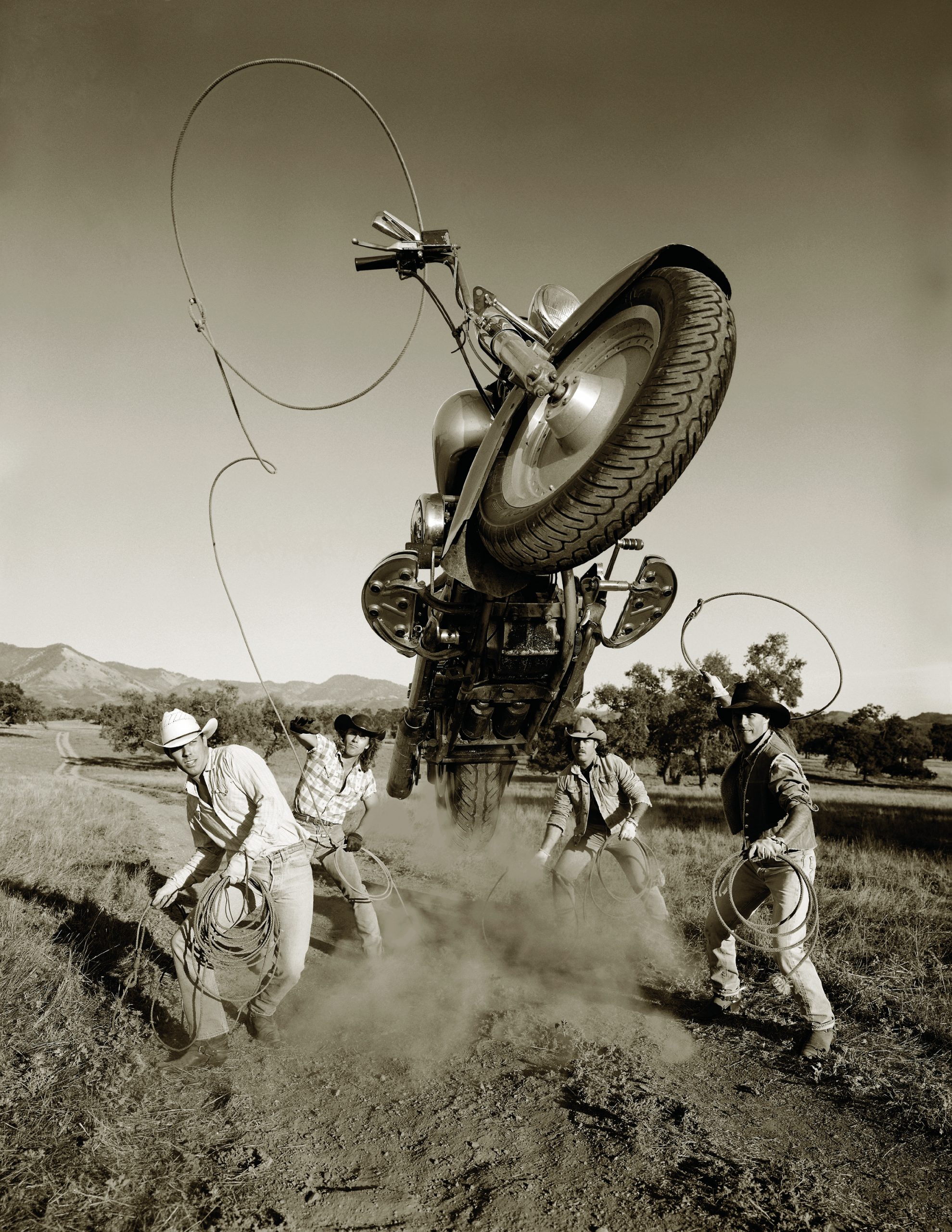 There are people who’ve said to me: Why burden yourself with a bulky 4X5 camera, getting just one frame at time… the need to load and reset the camera for every exposure… But that resolution, especially when it’s on a giant drum scanner, allows you to get right up on the photograph and see every screw, every speck of dust, every ounce of tension in the air. 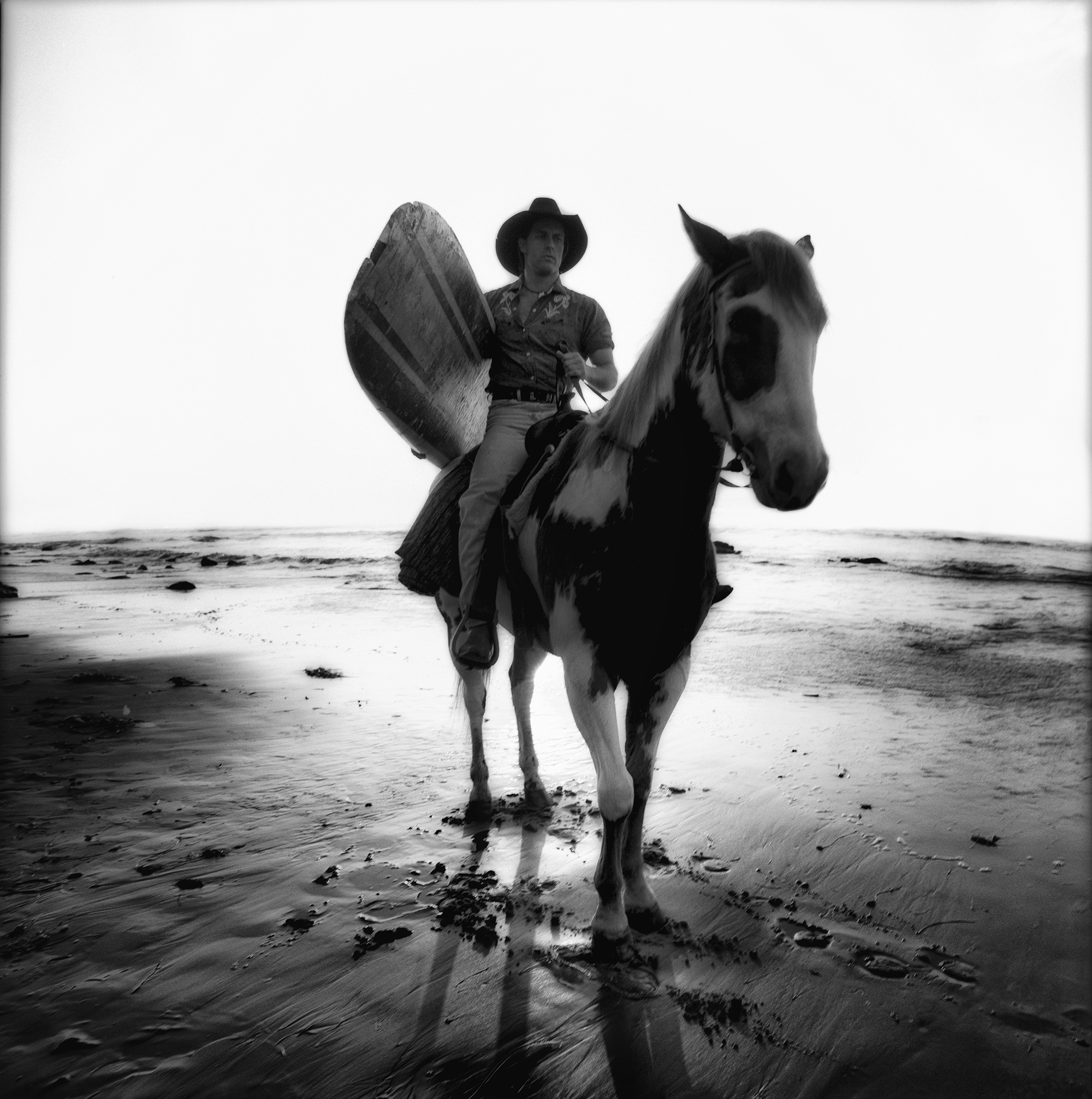 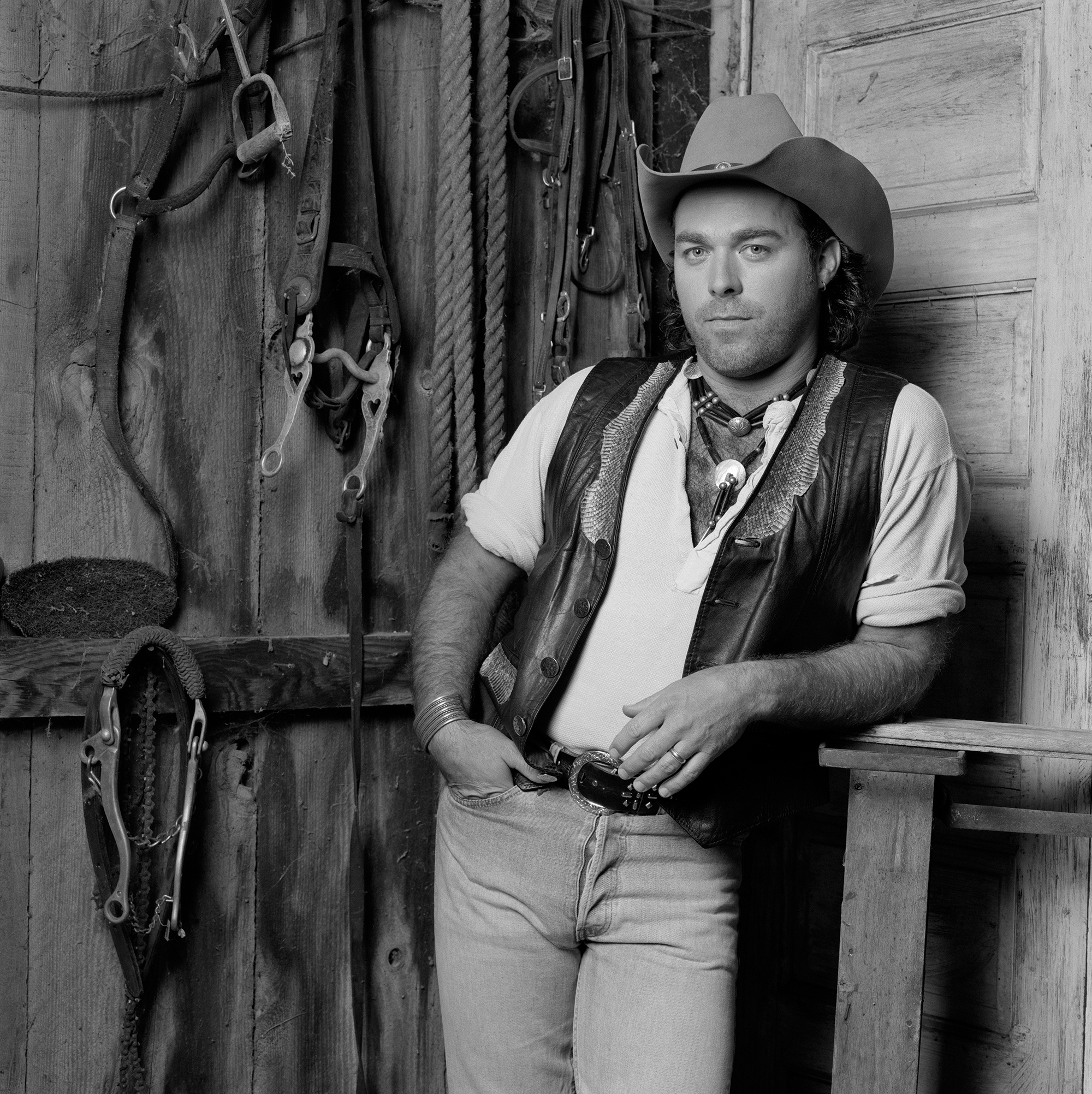 Raven in the Snow