Everything was so exciting in Redd Kross World in 1984.    Ridiculously exciting. 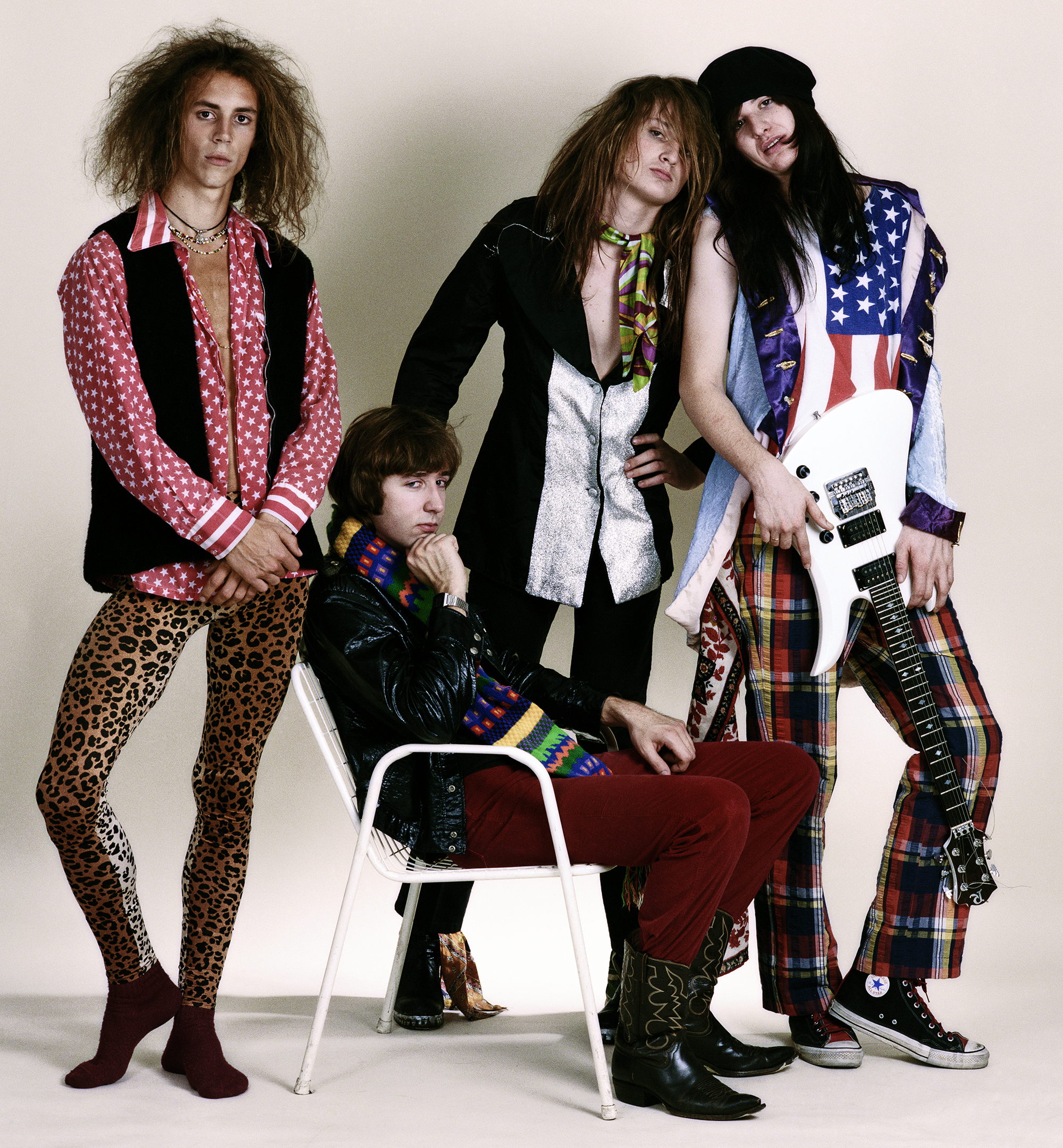 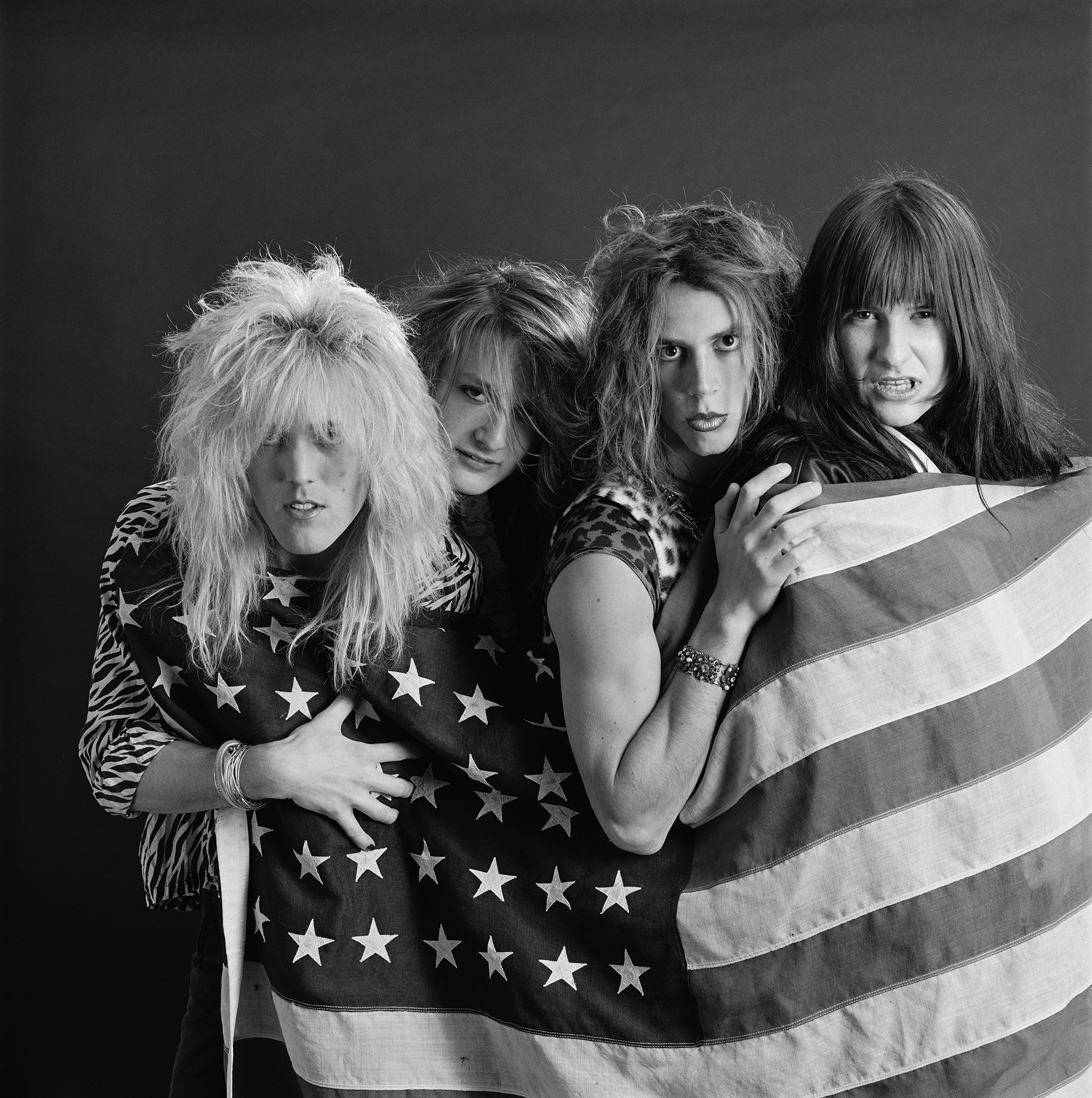 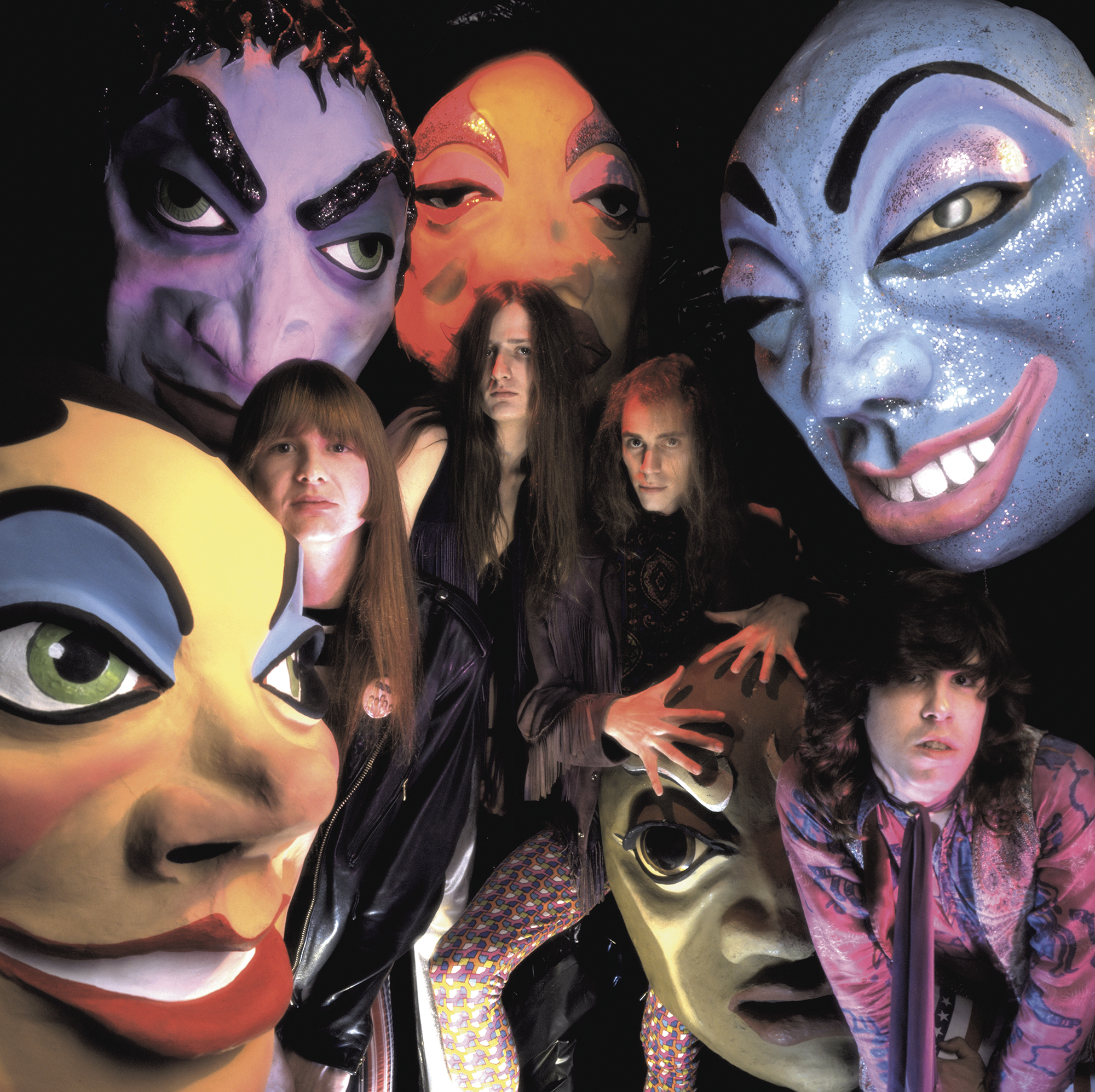 We were signed to Enigma Records, a Real Record Label that released Actual 12” Vinyl Records, not just cassette tapes. We played Big Shows with Big Bands like Black Flag and X. With previous groups I was in, band photos would often have one member missing, because we would be taking turns taking the photo. If we were lucky, we might get a grainy 110 instamatic snapshot of a gig that a classmate took. So when I joined RK, Enigma wanted new pictures taken. I did not drive yet, so I could not say exactly where it was that we showed up to, but I think it was somewhere in downtown Los Angeles, perhaps one of those large, wide open, high-ceiling loft pads. I think that this is where we met John Scarpati. He seemed to have quite the reputation with the folks at Enigma; they had these postcards all over the place with a photo of this punky/new-wavy/bondage-y girl on them that Scarpati had taken. John was a very gregarious, handsome fellow with this beautiful long red hair. And he had actual giant backdrop rolls, and those blinding umbrella flash gizmos. Whereas so many people just did not seem to get us (are they punks? Are they hippies? Are they shiny poppy pop? Are they arena rock & rollers? – they are all that, and more, kids!), he really seemed to get it, and appreciate the kitsch. We took some rad pictures, celebrating our then Abundance Of Hair. Shortly thereafter one of these pictures ended up in the LA Weekly, and, thank you, Scarpati, we looked so cool! (I remember RK friend Bill Bartell berating me because I was wearing my father’s old embroidered blue jean jacket in the shoot, and defending myself by pointing out that Eric Carr wore a denim jacket on the cover of Lick It Up). We were So Stoked. But then our drummer left. This sadly would become our own Achilles’ heel, I guess — the drummers coming and going. So we needed to take some new promo pictures. Los Angeles was in the throes of its glam rock revival period, so our Hair became Quite Big. And Scarpati documented it in a Big Way, as we draped ourselves in the American Flag, and made puckered-lip pouts toward his lenses.

We lost another drummer, and our fashion style started hurling into something that resembled a pastiche of Jefferson Airplane meets Ramones (or something to that effect). We were signed with a new label, Big Time Records. By this time, I think that every band in Los Angeles was lining up to have Scarpati take their picture. Jeff had done some searching and scouting for these crazy Carnival Fun House Heads, and I think that John picked them up and composed and built the scene for the cover. Our backdrop was made out of dozens of Big Black Garbage Bags. We staged it in a number of ways, a Psychedelic Frenzy of red lights (or filters?) that became the Poster, and white lights for the Cover of Neurotica. Scarpati used a large format camera, I think a 4×5, then when we all decided upon the Chosen Shot, he would have it blown up to an 8×10 transparency that he would touch up, removing zits and shine, adding hair, etcetera. We debated whether or not to remove the obvious trash bag background, if we should just stick with it. We kept it on the front, which I, personally, have always been happy about, because I feel it is a Cosmic Connect to the Epic Trashiness of that earlier RK opus, Born Innocent. But on the back cover, John cleaned it up, which was probably a good thing for the clarity of the text, and all.

We diverged from Scarpati somewhere along the line; after the next drummer left, we signed with Atlantic Records, and it was so cool, because John was doing album covers for the likes of our new label mates RUSH at this point (whose 1991 release not only features a cover by John, but also features a track titled. . . Neurotica. . .HMMM. . .  and I was so happy for him.

Because, dude, that is Just So Ridiculously Cool. 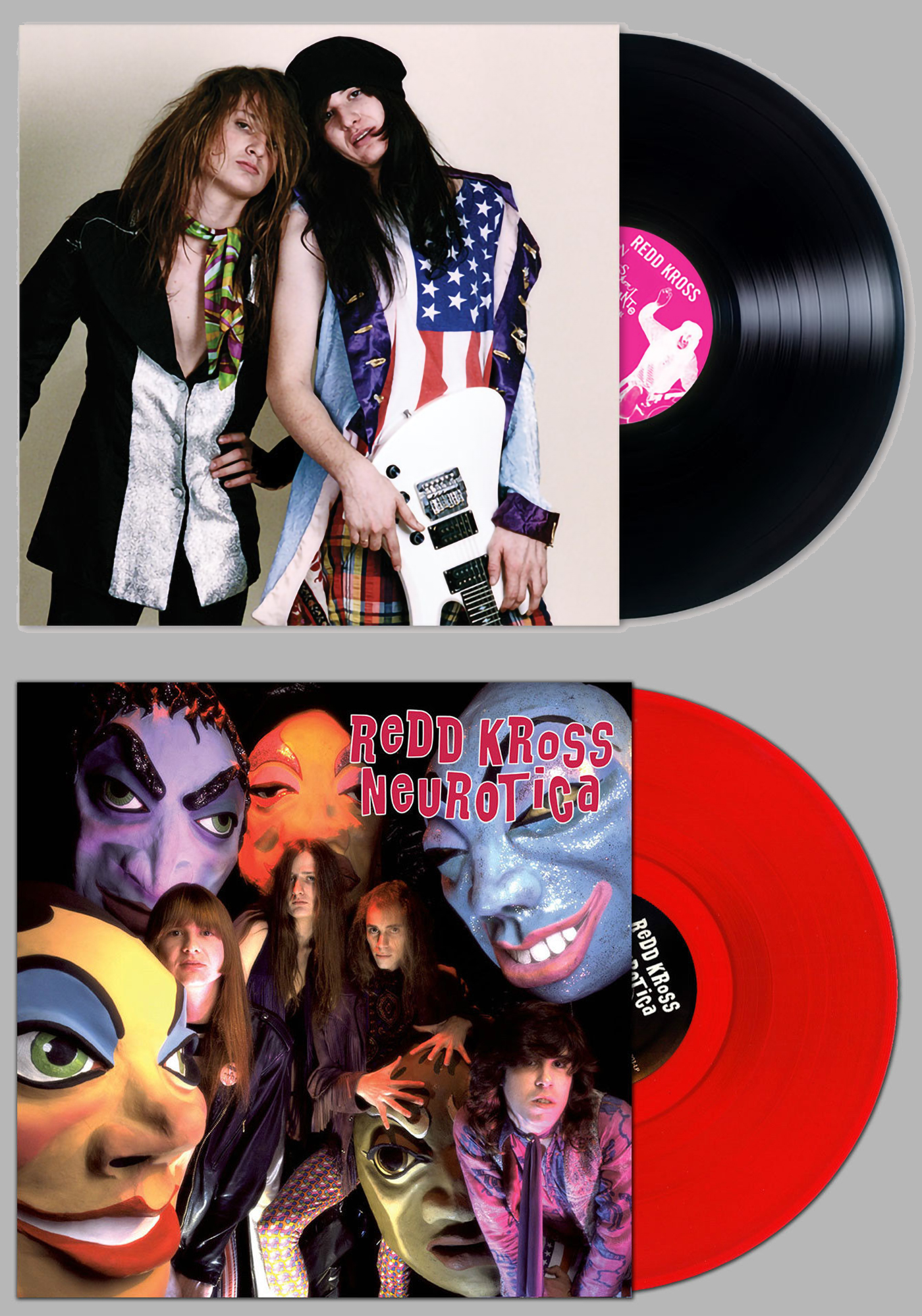 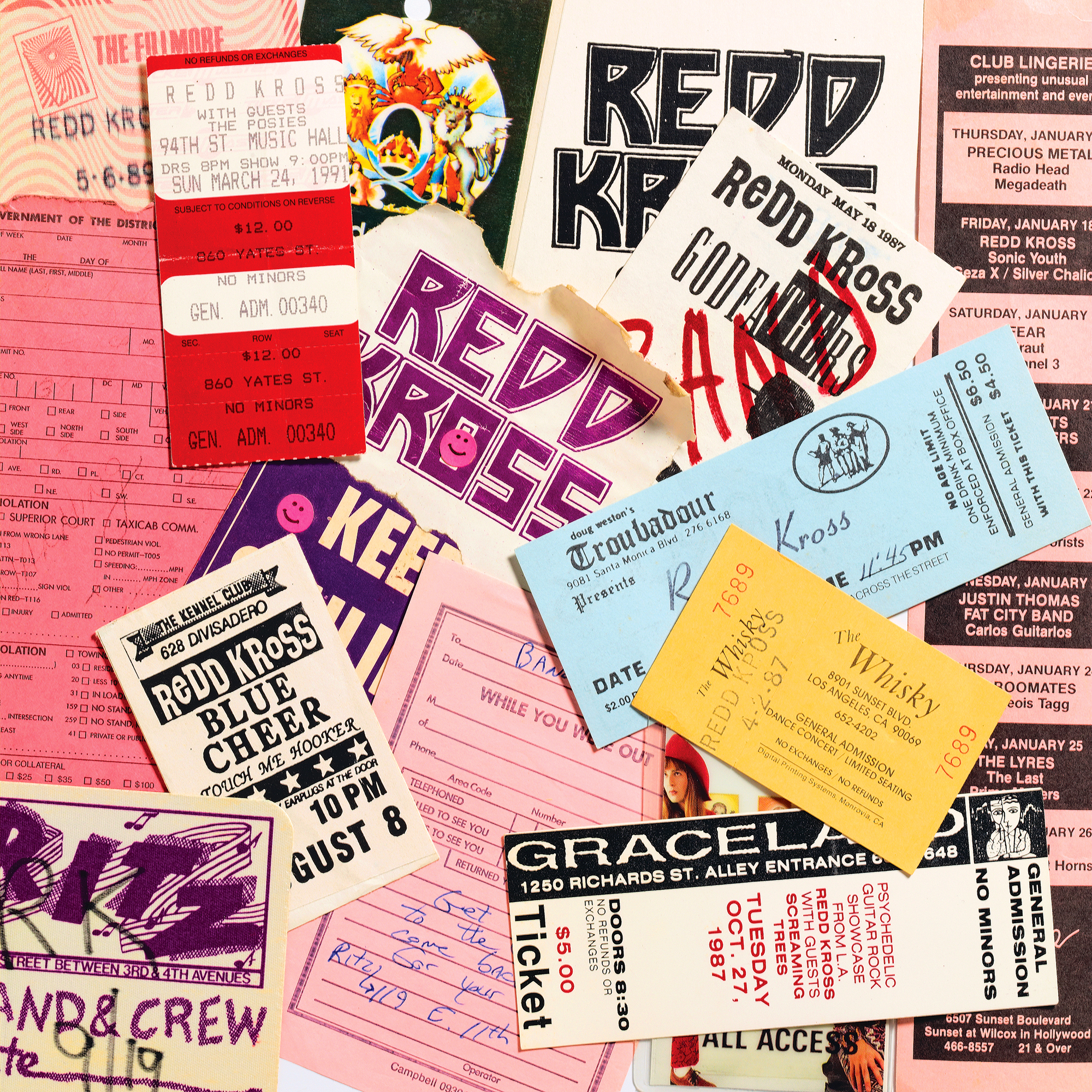