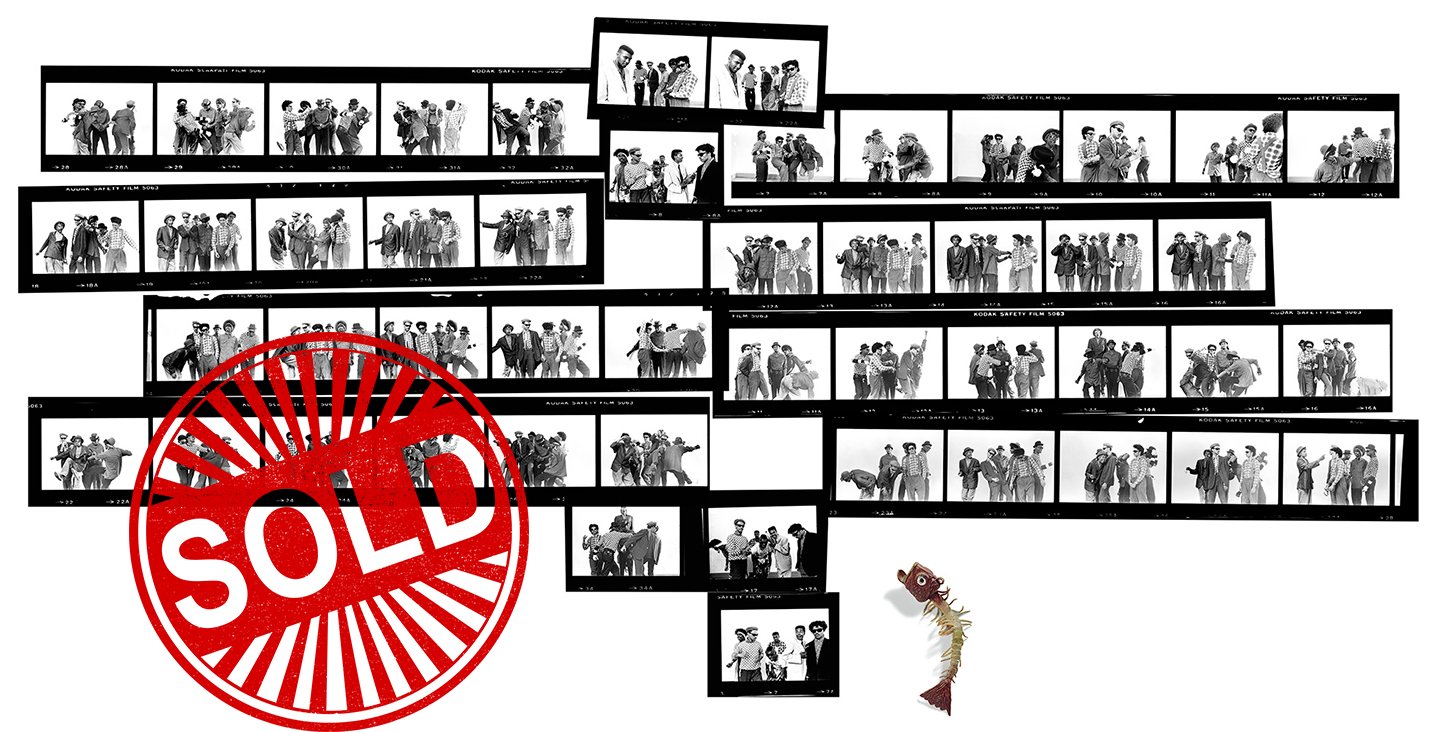 During the second half of 2011, I got a really cool request. The Smithsonian Institute in Washington, DC wanted to know if they could use one of my Fishbone images as part of a permanent exhibit at the National Museum of African American History and Culture (NMAAHC). “Certainly!”, I said…and we proceeded to work out details. In looking through the images I had on hand, choosing a single image was proving a challenge. There were quite a few that had never been seen before and were just plain crazy fun. So I ended up not going with a single image, but rather a large “contact sheet” of film strips from my first photo shoot with the band. I had the piece printed and it was shipped off to its new home in DC. Shortly after, a rather official looking document from the Smithsonian showed up in my mailbox. Dude. Who am I kidding? This gave me the right to say “Oh yes, I have a piece hanging in the Smithsonian”. I’m not the “star struck” sort, but you have to admit, that’s pretty freakin’ cool.

Just by way of sharing some of the details…this is from the NMAAHC’s official site:

“The National Museum of African American History and Culture was established by an Act of Congress in 2003 making it the 19th museum of the Smithsonian Institution. Scheduled for completion in 2015, it will be built on the National Mall on Washington, D.C., on a five-acre tract adjacent to the Washington Monument. Currently, during the pre-building phase, the museum is producing publications, hosting public programs and building collections. It is presenting exhibitions at other museums across the country and at its own gallery at the Smithsonian National Museum of American History. An array of interactive programs and educational resources is available on the museum’s website nmaahc.si.edu”

And one more little official nugget that addresses Fishbone specifically:

“The objects in NMAAHC’s music collection represent the history and influence of African Americans in all musical styles,” said Dwandalyn Reece, the museum’s curator of Music and Performing Arts. “Collecting materials related to Fishbone will give museum visitors the opportunity to appreciate the band’s social and cultural influence as symbols of artistic integrity and social progress.”