Eye of Photography has featured me three times now!

Once for my Portfolio, once for Eyes Wide Open, and once for Cramp Slash & Burn. And it just happens to be my favorite photo blog out of Paris! 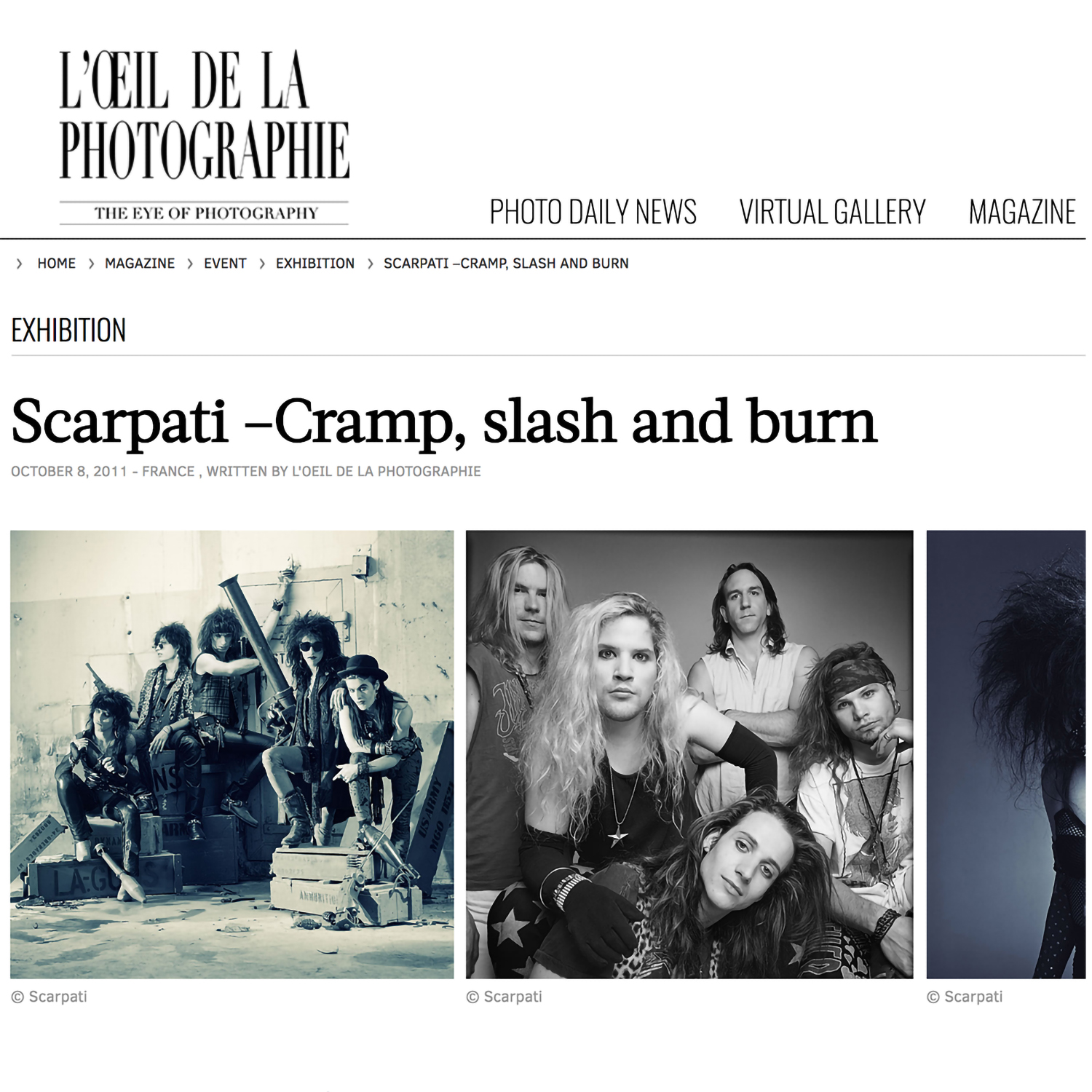 Anthropologist of the Sunset Strip

Cramp, Slash & Burn: Punk and glam through the lens of rock photographer John Scarpati
As a photographer, John Scarpati is well known for his work on album covers, each a dynamic and living piece of art. During the 1980s in Los Angeles, he was the music photographer, an anthropologist of the Sunset Strip, his lens documenting the fashion, sounds, and faces in the era of outrageous musical fashion. Now Scarpati has collected those images in a Book: Cramp, Slash & Burn: When Punk and Glam Were Twins.
Compiled with photos, personal shared stories, and authentic ephemera of the day, featuring groups such as Social Distortion, Fishbone, Jane’s Addiction, and Poison as well as artists like Modi Frank, Bad Otis Link , and Borneo Joe from the LA scene, the essays that go along with Scarpati’s photographs are illuminating. Anecdotes and praise flow free-form into an oral history of a decade in the life of both music and a man perfectly placed to document it. 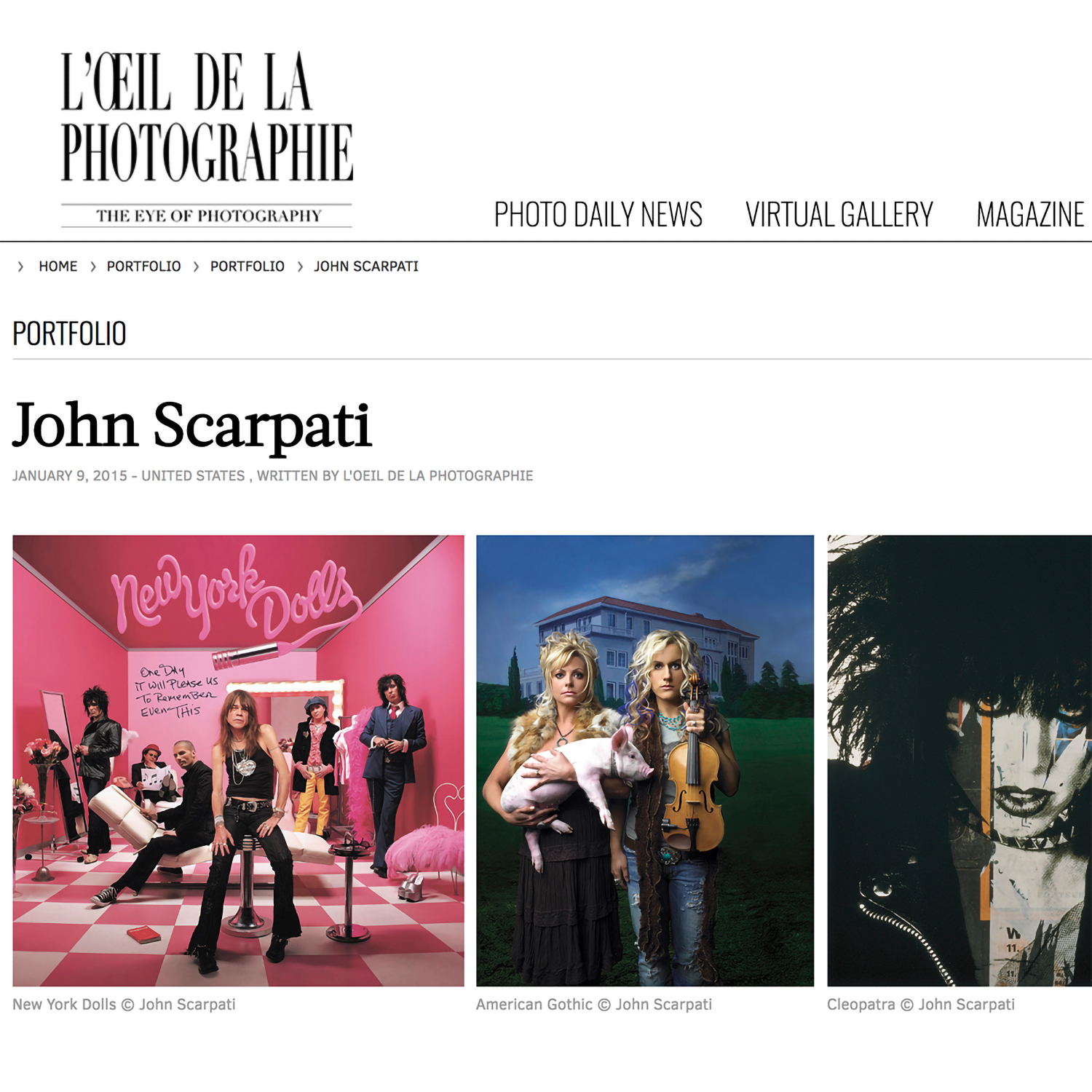 It’s a pretty good life, for the most part. Assuming you don’t have any qualms about setting up cameras in a graveyard at midnight. Or being surrounded by 300 angry scorpions who don’t want to be in a studio. Or trying to keep a singer’s energy level up when she’s just come off a seven-month world tour with the worst case of dysentery in recorded history. 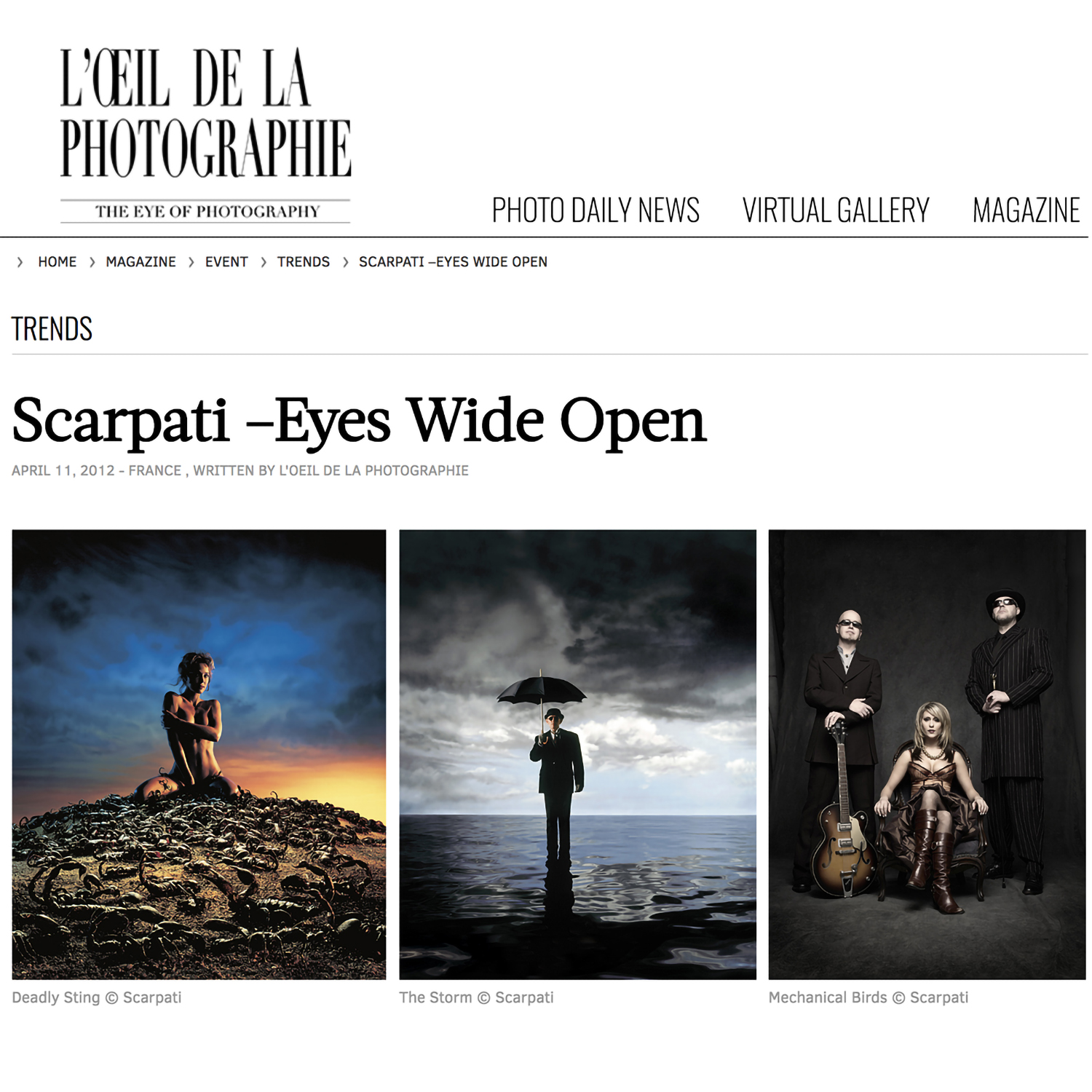 Think of me as an innocent bystander

There was no master plan. No carefully tended career path. I loved rock and punk music. I saw things. Puzzles intrigued me. Bugs and lizards and creepy crawly things fascinated me. Influences possessed me. There had to be a way to put it all together… and those girls in the clubs who were all presence, black leather and kohl eyeliner…

Actually, I probably do. Because what you’re about to experience is the summation – to date – of a life’s work, mostly in and for the music business. These pictures represent the world as I’ve seen it, lived it, breathed it, touched it and especially loved it.
The unseen brought forth. The iconic skewed and transformed. The molten moment or surreality conjured and captured. What greater reason is there? Well, maybe right now… knowing you’re about to walk through my very first show in 25 years of taking pictures and creating images.
I’ve always broken rules—tried to not do what everyone else does. The idea of something so, well, organized seemed like the antithesis of a career built on letting the photographs speak for themselves. But what if we let the pictures speak to each other, or hang them places that caused people to look and then speak to each other about what they were viewing?
Suddenly this thing I’d so studiously avoided seemed not just like a good idea, but a good reason to go through hundreds of images to find the 30 most provocative ones that spoke to me. For if they spoke to me, surely they would inspire people to talk about things they otherwise wouldn’t.

“That’s What They Said”